After the euphoria from our first glimpse at Emma Stone's Vogue cover wore off, we started to wonder what other pleasant surprises the July 2012 glossies had in store for us. So we were beyond thrilled when W Magazine revealed that their July cover girl is one of our favorite models Joan Smalls.

We still haven't stopped gushing about her ability to pull off jewel-encrusted eye makeup and animal print nails on Vogue Italia's March cover, so you can imagine how pleased we were to see the model's headshot snapped again by Steven Meisel for W's cover. Joan looks insanely gorgeous surrounded by her curly mane and white lace ruffles from her blouse. Her lips and nails appear au naturel this time, allowing the 23-year-old's kohl-lined eyes and contoured cheek bones to take center stage.

It looks like she's poised to be the next big supermodel, no? If so, we hope there's an American Vogue cover in the cards soon for Ms. Smalls. Check out the cover below and tell us what you think. 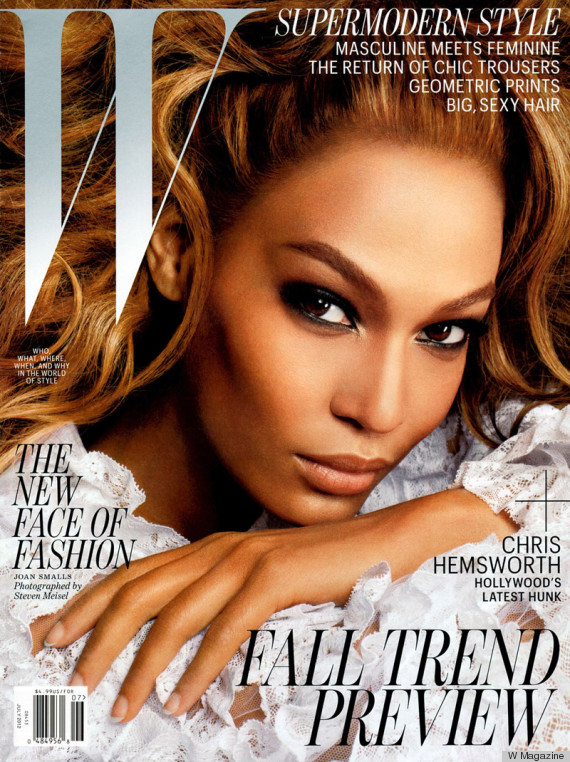 Take a look at Joan's Chanel campaign and some more gorgeous ads from Spring 2012.