New details have emerged in the case of a British woman who admitted to a triple killing last year.

Joanna Dennehy, 31, pleaded guilty in November to murdering three men by stabbing them in the heart and dumping their bodies in ditches in Cambridgeshire.

Her alleged accomplices, Leslie Layton, 36, and 7-foot-2-inch Gary "Stretch" Richards, 47, are now on trial. Providing evidence against them, Dennehy's friend Georgina Page described how the confessed killer likened herself and Richards to Bonnie and Clyde, and "jumped around like a schoolgirl" when she learned of news reports about the murders, according to the BBC.

New photos of Dennehy, Richards and Layton, which portray the confessed killer and her alleged accomplices in various poses, were shown in court Monday.

In one image, Dennehy poses with a large knife and handcuffs while sitting in a chair. In another, she flashes her bra and shows apparent self-harm scars on her belly. Richards also appears in photos, showing his belly.

Witness Mark Lloyd was in the same car as Dennehy and Richards when they allegedly pulled over and attacked two men on the street in April of last year. The pair was already wanted for the murder of three men.

Lloyd said Dennehy, a mother of two, flirted with him before he got in the car. Once there, she admitted to killing three men, and Lloyd said he had no choice but to join them in their quest for what Dennehy called her "fun."

Dennehy told Richards "I want my fun. I need you to get my fun," as her alleged accomplice drove the car, Lloyd said in court Monday.

Denehy's victims include her landlord and two other men. Lloyd described the victims in the April attacks as dog walkers chosen at random:

"She [Dennehy] takes a knife out of her left pocket with her right hand. She strikes him like in the film Psycho, just like that. Thrusting and putting her whole weight behind it... Gary is seeing exactly what I’m seeing and there’s just no emotion from him at all."

According to the Mirror, the woman allegedly bragged to her accomplices that she'd killed eight people, glibly remarking, "Oops, I did it again." 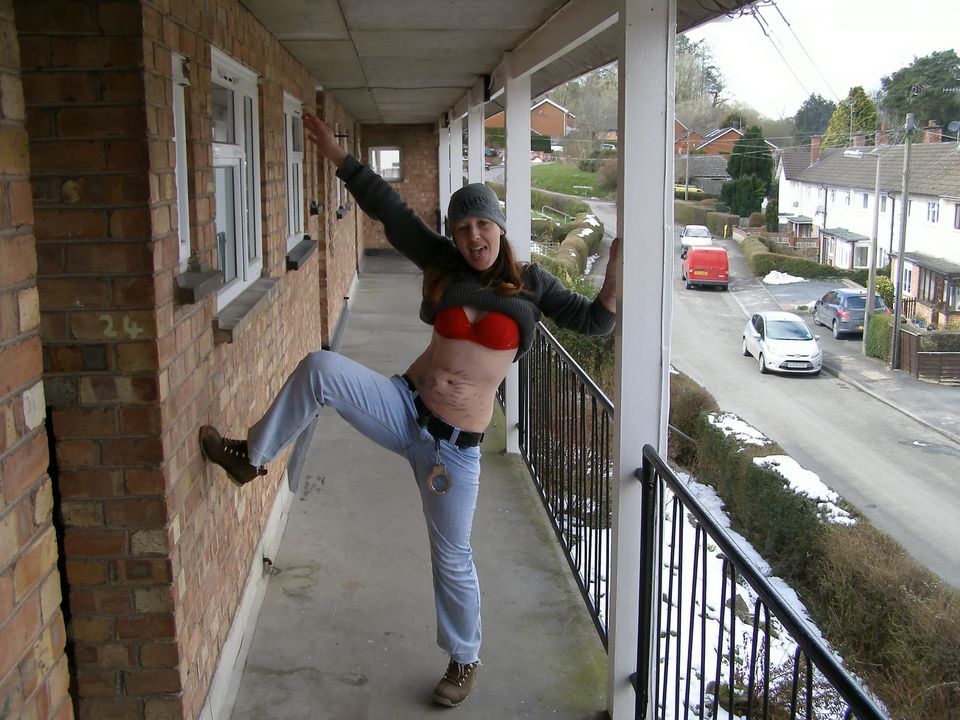 1 / 15
Joanna Dennehy Murders
Joanna Dennehy poses for a photo with her top lifted and a pair of handcuffs on her belt while she was on the run for stabbing three men. These are the chilling 'selfies' a female serial killer and her 7ft 3in alleged accomplice took while they were on the run. Joanna Dennehy, 31, has admitted stabbing three men in the heart and dumping their bodies in ditches. Victims Lukasz Slaboszewski, 31, Kevin Lee, 48, and John Chapman, 56, were found left by fields outside Peterborough, Cambs., in March and April last year. Despite murdering three Dennehy remained 'unsatisfied' and fled to Hereford in search of more victims, the Crown says.
SWNS

1 / 15
Jeffrey Dahmer
Notorious cannibal Jeffrey Dahmer sits with his defense team during his 1991 trial. Dahmer went on a killing spree in the 1980s during which he murdered 17 men and boys. He often had sex with the corpses before dismembering them and, in some cases, ate pieces of human flesh. After his conviction, Dahmer was killed by a fellow inmate in prison.
AP