The good news: Employers aren't firing people any more. The bad news: They're not hiring all that much, either.

To be sure, they are doing some hiring: The Bureau of Labor Statistics on Friday said that employers added 165,000 jobs to non-farm payrolls in April, following healthy gains of 470,000 in February and March. Employers have added about 6.1 million jobs since the job market bottomed in February 2010.

But we are still about 2.7 million jobs shy of peak employment, set back in January 2008, making this the slowest job-market recovery since World War II. And we are about 4 million jobs shy of where we should be, given the historical relationship between unemployment benefits and the number of unemployed people -- as you can see in the chart below. The blue line is the level of jobless claims. The red line is the number of people unemployed. The red line is much higher than it should be. (Story continues after the chart.) 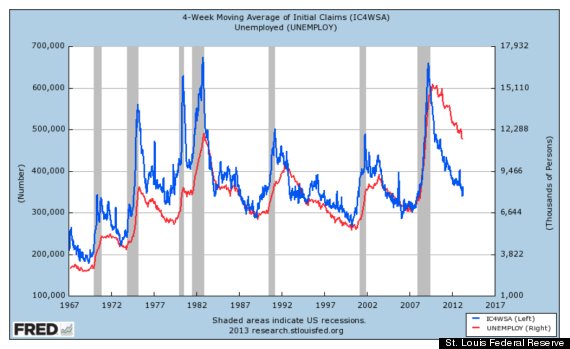 The job market is one of the few economic indicators that has failed to get back to pre-recession levels. Stock prices, GDP, corporate profits and other indicators have already erased the memory of the Great Recession and gone on to record highs (at least before you adjust for inflation).

In what seems to be a paradox, the job market hasn't even kept up with one of its most closely watched indicators: weekly jobless claims. New claims for unemployment benefits have tumbled to just about 340,000 per week, the lowest since early 2008, when the recession had just begun. That is often taken as a good sign for the job market, and it does mean employers aren't laying people off so much any more -- a message confirmed by the government's monthly Job Openings And Labor Turnover Survey.

But here's where it gets problematic: Typically, jobless claims and the number of unemployed people in the economy have a very tight relationship. As you can see in the chart above, they have tracked each other nearly perfectly, as far back as 1967, when the Labor Department's claims records begin.

As you can also see in the chart, since the latest recession (the gray bars on the chart mark recessions), the tight relationship between claims and unemployment has come unmoored. The number of unemployed people has remained stubbornly high, even as jobless claims have tumbled.

If these 4 million people had jobs, then the unemployment rate might be less than 5 percent, instead of 7.5 percent.

This is as clear a sign as any of just how grim the labor market remains, despite Friday's decent jobs report. Though you will hear lots of theories that this lack of hiring is due to a lack of skilled workers, or Obamacare, or some such, the simple fact is that employers don't see enough demand for their goods and services to justify ramping up hiring, notes Shierholz.

This is why the Federal Reserve is doing everything it can to stimulate the economy, taking extraordinary and risky measures, which it promised on Thursday to continue. As the Fed pointed out, the government could be helping, too, but it has been dedicated to austerity for much of the past two years, compounding the tragedy of the job market.

Jobless Claims Are Nearly Back To Pre-Recession Levels, But Unemployment Isn't Close
Jobs Where Workers Hate Their Bosses 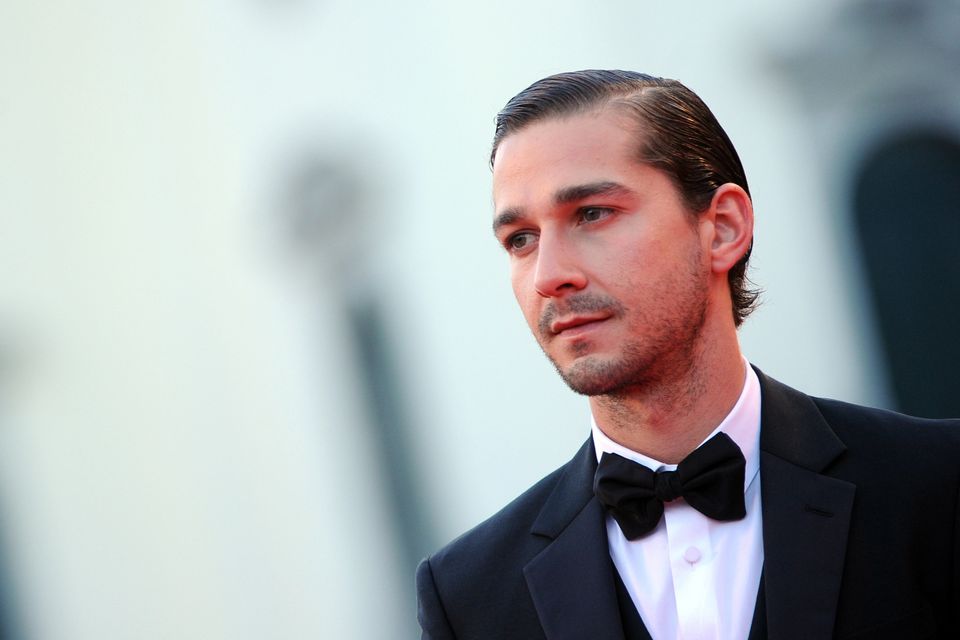