We have finally recovered all the jobs lost in the Great Recession. That's good, but not nearly good enough. In fact, we might still be missing 7 million jobs.

The U.S. economy added 217,000 jobs in May, the Bureau of Labor Statistics reported on Friday. There are now nearly 138.5 million people on non-farm payrolls -- a high that finally tops the previous record of nearly 138.4 million set in January 2008. We've finally gotten back all the jobs we lost in the recession -- five years after the recession officially ended.

We can now retire this chart from Calculated Risk blogger Bill McBride, which Business Insider has long called "The Scariest Chart Ever." It shows how miserably long it has taken us to recover all of the recession's job losses, and how historically awful the recovery has been: 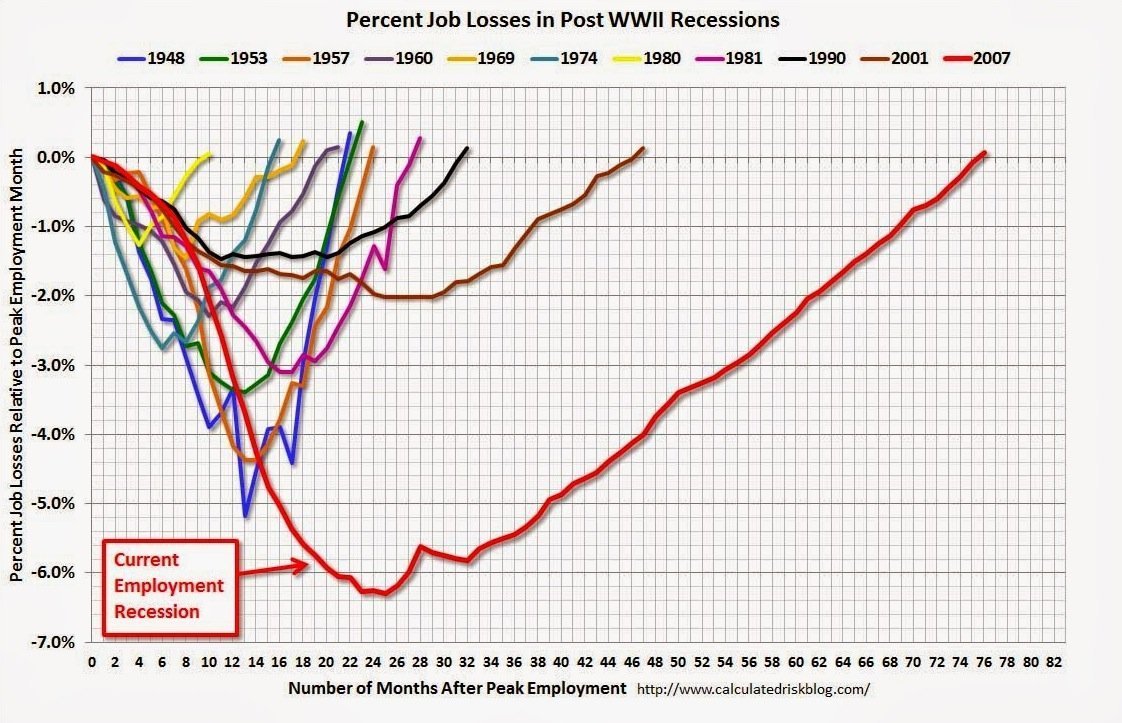 Unfortunately, we have a ready replacement for the Scariest Chart Ever, which shows the job market is still in a deep, deep hole. It's from the Economic Policy Institute, a think tank focused on labor issues. The EPI estimates that, in order to keep up with population growth, we should really have 7 million more people working today than we do: 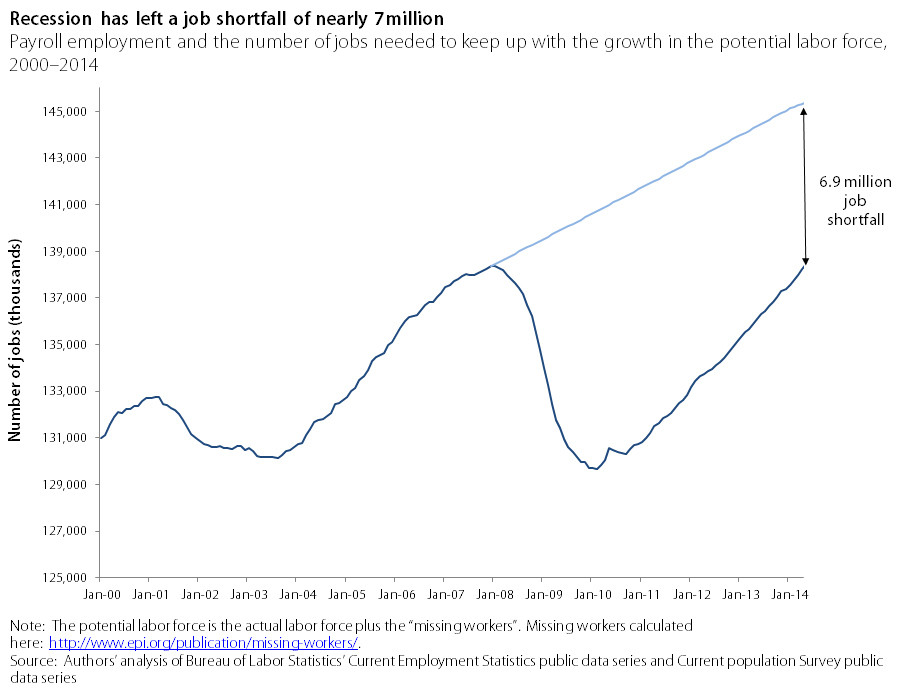 In other words, the economy and job market have been growing for the past five years, but not nearly fast enough to give everybody a job that needs one. Discouraged after years of not being able to find work, people have slinked off to the sidelines and given up trying to find a job, resulting in millions of people not being counted in the official unemployment numbers. If these people came back, the unemployment rate would be 9.7 percent instead of 6.3 percent:

You could possibly quibble with the EPI's methodology. In figuring out how many workers are missing from the labor force purely because of discouragement about the economy, the EPI tries to strip out the effect of Baby Boomer retirements. To do this, EPI economists use a 2007 BLS forecast of future retirements, which might no longer be relevant -- it's possible the recession caused a shift in these numbers.

In other words, it's possible that more people than the EPI realizes have left the labor force, never to return. The Fed has been thinking about this possibility for quite a while.

Still, there is no doubt that at least some of the millions of people missing from the labor force are waiting for new jobs to come along. The job market still has a long way to go to get those people off the sidelines.