For plenty of women, bra shopping is basically the worst. Many women don't know their true band and cup size, and for those who do, those sizes seem to vary infinitely from brand to brand. According to a 2011 study, 85 percent of women are wearing the wrong size bras.

Jockey International is looking to finally solve the bra sizing problem. The company unveiled a product line this week based on a completely new sizing method. Gone are the A-B-C-D cup sizes and the band widths in 32, 24, 36, etc. Instead, Jockey's Volumetric Fit System measures the volume of a woman's breast plus an under-bust measurement, with the volumetric sizes running from 1 through 10.

That's 10 options of cup sizes, rather than the current handful. The new volume measurement, says Jockey, accounts for the fact that women's breasts are different shapes as well as sizes.

How does one measure their boob volume? Using Jockey's plastic measuring cups (yes, boob measuring cups -- don't store them in your kitchen). Test out each of the flexible plastic "cups" on your breast; when you find the one that covers with the least "spillage," that cup is your size.

The idea sounds pretty straightforward. But Jockey has several challenges ahead, the first of which is simple: The bra cups look kind of weird. When we held floppy plastic pieces in our hands, we were hesitant -- we're supposed to put this where? The self-measuring method may also be imprecise. As Charla Welch of the Bra Crusader noted on her blog, "It’s a great idea, but is my 9 cup with a 32 band going to be the same as someone else who has a 9 cup and, say, a 38 band? Will the underwire be adjusted for that difference?"

Jockey is also just one company, albeit a popular one. They may change their bra sizes, but the majority of bra companies still use the classic A-B-C cup sizes. Unless women loyally shop at Jockey alone, they now have to contend with multiple sizing systems.

"It took us eight years to develop the new Jockey bra and its revolutionary Volumetric Fit System," Sally Tomkins, Jockey's senior vice president of design, research and development, stated in a press release. But it remains to be seen how quickly women will catch on.

Curious? Check it out at Jockey.com.

The "measuring cups" and measuring tape: 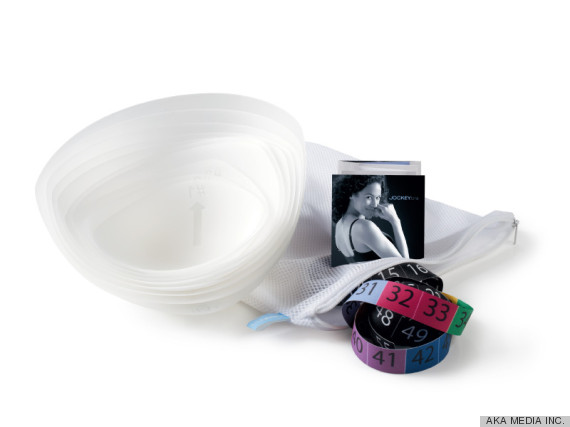 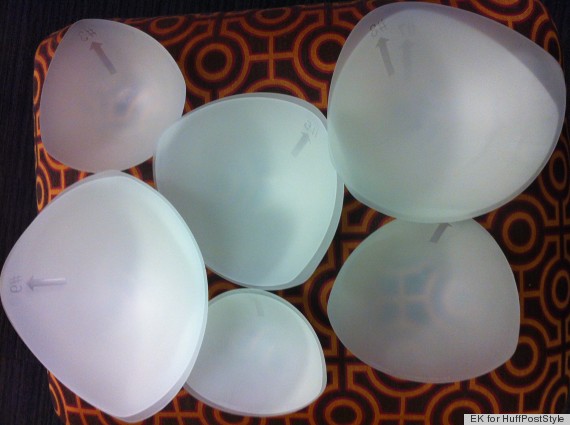 Women who wear their bras proudly:

Celebs Who Are Proud Of Their Bras