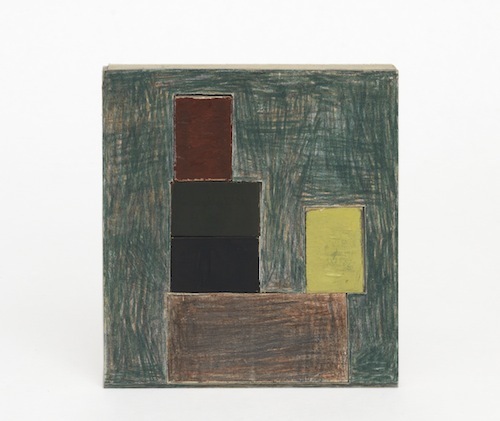 For its final show of 2014, David Zwirner's London gallery is showing Swedish artist Jockum Nordström's first UK solo show. "For the insects and the hounds" showcases new work on paper and sculptures and is a radical contrast to the gallery's previous acclaimed exhibition, Kerry James Marshall's, "Look See."

Nordström was born in Stockholm in 1963. While he is still based in the city, the work for this show was largely created in isolation on the island of Gotland, off the southeast coast of Sweden accompanied only by his dog. This remote, rural quality has filtered through to the work; the most striking are made up of large paper backdrops, carefully adorned with delicately cut and painted paper figurines. Over two meters in length, the works' impressive scale contrasts with the size of the characters Nordström has created to live within them. These images can be read as frames of a shot or an unfolding storyboard for a film without resolution; the dress and manner of the characters is strangely timeless. Why have they stepped from their respective eras and converged in Nordström's work?

Inspired by the frescoes found in Gotland's medieval churches, there is a playfully gothic feel to many of these paintings and constructions; the paper itself that Nordström works with is rough-hewn, heavily grained and imported from Japan. Allergic to oil paint and working instead with watercolor, it is this material that gives the images their surface and texture and prevents the works from becoming overbearing or theatrical.

These large works contrast with Nordström's sculptures: small, meticulously assembled structures, which appear as three-dimensional abstract paintings. There's a real confidence to this exhibition, with Nordström taking materials which could potentially be light and ephemeral -- crayon, graphite, watercolor, paper -- and transforming them into something with real impact, which draws you in gradually, but then reveals a completely unique world that the artist has created.

Jockum Nordström's "For the insects and the hounds" is open at David Zwirner in London through January 24, 2015. 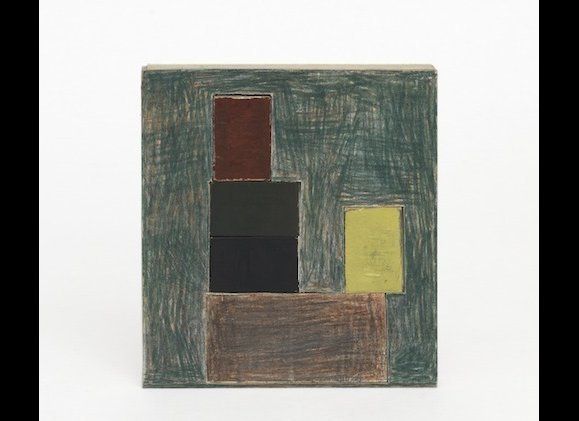