A video recording of Jodi Arias being interrogated by police was the centerpiece of evidence presented during day seven of Arias' murder trial.

"I would never want to hurt him. He never raped me ... if I was going to ever try to kill somebody, I would use gloves. I have plenty of them … I did not take his life," Arias told a police detective in a July 15, 2008 taped interview played at her murder trial Tuesday in Mesa, Ariz.

Prosecutors allege Arias, 32, killed her ex-boyfriend, 30-year-old Travis Alexander, in a fit of jealous rage in his apartment on June 4, 2008, because she did not want him dating other women.

In the July 2008 video recording, Arias denied she was at Alexander's home on the day he was shot in the face, stabbed 27 times and his throat slit from ear to ear.

"If I did that, I'd be fully ready to face the consequences. I'm all for the Ten Commandments – thou shall not kill," Arias said.

When presented with photos that prosecutors say Arias took on the day Alexander was murdered – some explicit nude photos – she suggested they may have been taken on an earlier date.

Arias also tried to explain away hairs found in Alexander's home. She said she had been there on many occasions, and it would not be surprising to find her hairs. However, she appeared stumped when the detective informed her that her palm print had been found on a wall that included her and Alexander's DNA.

"I don't know why he was killed ... I had issues with Travis [but] I had worse issues with other people and they're all still alive," Arias said.

At one point during the interview, Arias asked to see the gruesome crime scene photos – "Is there any way I can see them pictures?" Arias asked. "No, not right now," the detective replied. She then added, "Can I see them soon?" at which point the detective changed the subject.

A second interrogation video, filmed the following day – July 15, 2008 – was also played in court on Tuesday.

Arias' story changed during the second interview. She now admitted being at Alexander's home when he was murdered but denied she was involved in the killing. She said two intruders – white Americans with beanies covering their faces – came into the bathroom while Alexander was in the shower.

"I think he was shot … I heard this loud ring – I don't remember. Travis was screaming. I know I got hit in the head … There were two people there … one was a guy and one was a girl … The girl wanted to kill me," Arias said.

Arias said she ran into a closet, and one of the intruders stopped her and held a gun to her head. There was a brief struggle, Arias said, and she ran to help Alexander; he said he was unable to move and asked her to get help. Before she could, the intruders were back on her, she said.

"He said ‘Don't you call anybody . . . you get one chance’ … he said ‘Leave now’ … I just wanted to get out," Arias said, adding that she fled the area in her vehicle.

"I was really scared. I was freaked out of my mind," she said.

"I don't believe you," the detective told Arias. "I was hoping for the truth. This is not the truth, Jodi – this doesn't make any sense … Your story changed … two white males at first, then you changed to a male and female."

"The fact they left you alive and let you go … that never happens," the detective said. "Why would they let you go, knowing you could just run across the street and tell somebody? You did it, and there's nothing you can say that will change my mind at this point. This is an elaborate story that doesn't make any sense. Maybe you are just cold and calculated."

With that, the jury was dismissed for their morning recess. Court is scheduled to resume Wednesday morning.

It should be noted that Arias later changed her story again. She now says she killed Alexander in self-defense. If convicted, she faces the death penalty.

Jodi Arias Trial: 'If I Was Going To Ever Try To Kill Somebody, I Would Use Gloves'
Who's Who In The Jodi Arias Case 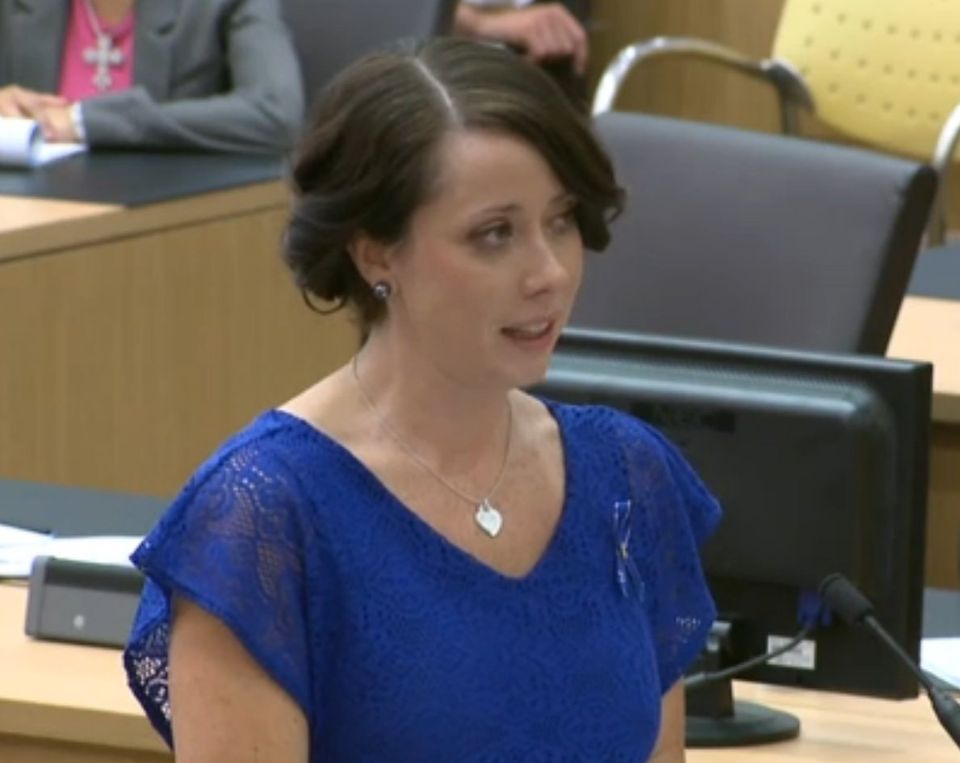 Jodi Arias Trial: 'If I Was Going To Ever Try To Kill Somebody, I Would Use Gloves'
Jodi Arias