Jurors in Jodi Arias' murder trial asked more than 100 questions that show they're skeptical of testimony the accused boyfriend-killer has given during more than two weeks on the witness stand.

The jury's questions were put to Arias Wednesday by Judge Sherry Stephens. Arizona is one of three states that allow jurors to pose questions to witnesses after prosecution and defense lawyers have finished their questioning.

Arias, 32, is accused of the June 4, 2008, slaying of her ex-lover Travis Alexander inside his Mesa, Ariz., apartment. The prosecution contends Arias stabbed Alexander 27 times, shot him twice in the face and slashed his throat in a jealous rage. Arias has testified she killed Alexander in self-defense during an argument over a dropped camera that followed his escalating sexual demands.

The questions -– many of which Arias answered in rapid succession -- covered subjects that included her sex life and the murder. Jurors asked Arias to recount events of June 4, 2008, that led to Alexander’s killing.

"It started where Travis was in the shower," Arias said. "I was taking photos of him [and] the camera slipped ... It fell onto the ground. He got very angry. He stepped out of the shower and lifted me up and body-slammed me … I ran down the hallway ... into the closet. I grabbed the gun [and] ran out ... I just wanted him to stop, so I pointed the gun at him ... He lunged at me right around the time the gun went off. I didn't mean for it to go off ... I have no clear memories after that at all."

Some of the other questions about the killing, and Arias' answers, included:

Q: After you shot him why not run out of the house?

"After the gun went off ... He lunged at me ... It's hard to describe the fear ... I really thought he had intentions to kill me ... I don't remember any specifics of what happened after that point," Arias said.

Q: Did you try to clean up the scene?

"Based on the evidence, I believe I did," Arias said.

Q: Why delete photos off camera after you killed Travis?

"I don't have specific memory of it at all," Arias said.

Q: Why did you put the camera in the washer?

"I don't have memory of that," Arias said.

Q: Why did you take the rope and gun with you?

"I knew that something bad had happened and I felt I had done something wrong," Arias said.

Q: What happened to the knife?

"I was very scared of what would happen to me. I was scared at that point of what was going to happen. I knew that ... well I felt that I had done something wrong. I don't have really an adequate explanation for my state of mind after that. I just know that I knew something really bad had happened and I was scared," Arias said.

Q: Why no memory of killing Travis?

Q: How is it that you remember so many of your sexual encounters, including your ex-boyfriend's, but you do not remember stabbing Travis and dragging his body?

"Well, as far as what happened on June 4, I don't know how the mind works necessarily, but I know that that was the most traumatic experience of my life ... I don't have other blackouts that I can recall, when memories get foggy when I get stressful. I think that I actually have a very good memory. I can remember tons of things. But when I'm under a stressful situation, it's as if my mind, if you can imagine a computer that freezes, it’s turned on but it's not functioning. You can hit the keys, but nothing's happening, just like the sound waves are hitting my ears, but the brain is not computing," Arias said.

Arias' memory problems were the subject of several juror questions. The panel asked if she had ever seen a doctor for treatment and whether she has ever taken medication. She answered no to both questions.

"I don't believe I have memory issues that are really persistent," Arias explained.

Asked if she had ever sought help for her "mental condition," Arias appeared taken aback before she replied, "I'm not sure what mental condition that refers to."

Jurors wanted to know why Arias waited so long to go forward with her latest version of events in the case. She had told several versions before the trial. She explained she was ashamed of her actions and it took her time to process everything.

A juror also wanted to know why Arias sent flowers to Alexander's grandmother after his death was discovered.

"In retrospect, it probably wasn't a good idea," Arias said. "But I felt that it would be more insensitive to not do anything at all."

The trial is scheduled to resume at 12:30 p.m. Eastern time on Thursday, when additional juror questions will be presented to Arias.

The jurors' questions and Arias’ answers may prove pivotal to her fate. Arias faces the death penalty if convicted.

The judge has called the evening recess. The trial will resume Thursday at 12:30 p.m. ET.

You claim to have memory lapses during times of stress, how is it you have such specific memories of violence if this is the case?

"With the violence ... its more I feel those things," Arias said.

Is there anyone who saw you shaking during a fight with Travis?

"Dan saw me visibly upset after but I don't think anyone saw us fight during. At least to the level that I would shake," Arias said.

Did you ever seek help for your mental condition?

"I'm not sure what mental condition that refers to," Arias said.

Why grab a gun that might not be loaded?

"I've always been taught you don't point guns at people ... I can only imagine what I would have done in that situation and I would have stopped," Arias said.

Did Travis ever tell you he kept his gun loaded?

"He assured me it was not loaded," Arias said.

Did you ever see a doctor for your memory issues?

"I don't believe I have memory issues that are really persistent," Arias said.

Did you find it strange only your license plate was messed with?

"I don't know that only my license plate was messed with," Arias said.

When did you discover Travis' gun?

I'm getting really pissed because #JodiArias has this dumb ass, slight grin on her face when she talks 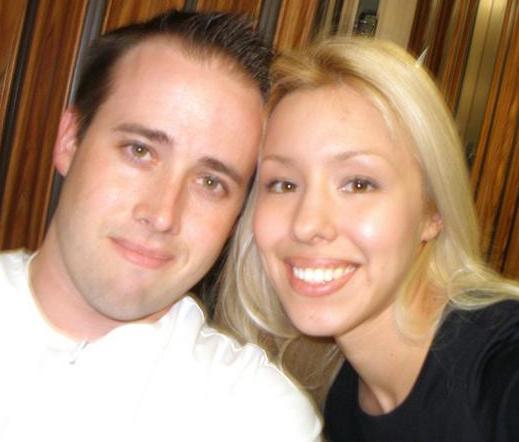 1 / 148
Key Dates In The Jodi Arias Case
The trial of Jodi Ann Arias, which began Jan. 2, is one of the biggest court proceedings to take place since Casey Anthony was acquitted of murdering her child. The 32-year-old photographer is accused of shooting her lover, Travis Alexander, in the face, stabbing him 27 times and slitting his throat from ear to ear in the shower of his Mesa, Ariz., apartment. The case, which has been more than four years in the making, has routinely captured headlines around the world, especially as the details became public.
Myspace.com/jodiarias