The "non-unanimous agreement" verdict was reached in a Phoenix courtroom by the same jury of eight men and four women that convicted Arias earlier this month of first-degree murder. The jury deliberated for more than 13 hours after a three-day penalty phase.

Under Arizona law, a new jury will be selected -- reportedly on July 18 -- to decide whether Arias should be put to death or serve life in prison. If the second panel can't reach a unanimous verdict, the judge will have to decide whether to put her in prison for life or make her eligible for parole in 25 years.

After the hung jury was announced, some jurors were crying. One appeared to mouth, "I'm sorry," to Travis Alexander's family in the courtroom gallery.

Arias, 32, was convicted of stabbing Alexander, her ex-boyfriend, nearly 30 times, shooting him in the head and cutting his throat inside his Mesa, Ariz., home in 2008. The verdict, reached after more than 15 hours of deliberations, was a clear rejection of defense psychologist Richard Samuels' contention that Arias suffered from post-traumatic stress disorder and acute stress disorder.

On Tuesday, defense attorney Jennifer Willmott asked the jury to show mercy. "The simple question that's before you is, do you kill her? That's the question … It is an awful, awful thing that she did, but your conviction of first-degree murder is how [Alexander's family] will get peace … We are asking you to find mercy.”

Prosecutor Juan Martinez balked at the defense team’s statement that Arias still has a lot to offer society and that she was only 27 at the time of her ex-boyfriend’s murder.

“Arias' age is not a mitigating factor. She had lived a very full life … Mr. Alexander was only 30 and will forever be 30 … the only thing you can do is return a verdict of death," Martinez said.

Arias, now 32, pleaded with the jury on Tuesday to spare her life.

"I never meant to cause … so much pain," said Arias, who dressed in black for her testimony. "I'm not going to have children of my own. I'm not going to be a mother, because of my own terrible choices. I have no one to blame but myself,” Arias said.

Arias said she “lacked perspective” when she told the media on May 8 that she preferred the death penalty.

"I've made many statements I would prefer the death penalty over life in prison ... To me, life in prison was the most unappealing outcome ... But as I stand here now, I can't in good conscience ask you to give me death," Arias said. 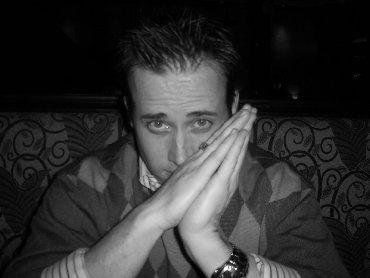