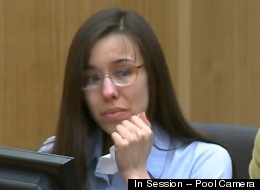 The evidence stacked against Jodi Arias reaches to the ceiling from admissions, to murder weapons, to a murder scene one might only find on a cable drama series. 27 stab wounds, a severed throat and a gunshot to the head all pointed to an open and shut case. Yet we stood on the cusp of verdict still wondering whether Arias should get the death penalty. As stated by CNN during commentary prior to the verdict "it is unusual for someone like Jodi Arias to even face the death penalty...could someone who looks like Jodi Arias be convicted ""to death"" in the United States" CNN. What's unclear is was this a reference to her having the appearance of a white woman, and facing these charges, or being a person that committed a horrific murder. Because given the above evidence taken in context, it is not at all that unusual for someone that shoots and stabs someone multiple times to face the death penalty.

Unlike Casey Anthony the Jody Arias case is not a whodunit case, as said by Defense Attorney Mark Geragos on CNN the only similarity between the two is "they both are attractive white women". We as a country have failed to properly deal with our historically based systematic bias that has exploded over the last 20 years due to mass incarceration, and in all too many ways affected our justice system. Today in this country we have 306 Million people and according to the Department of Justice about 2.3 Million of them are incarcerated, by far the largest ratio in the world. Nearly 1 Million of the prisoners are African-American males (largely convicted for nonviolent offenses), and almost 420,000 of the prisoners are African-American males between the age of 19 and 35. According to the Census there are only about 4.2 Million Black males in total between the ages of 19 and 35. To give a comparison, India has 1.3 Billion people, and only about 370,000 are in prison, there are more incarcerated Black men in America between the ages of 19 and 35 than the number of people imprisoned in a country with over a billion people.

Criminality has no color, but in America what has happened is we have condensed criminality into a specific look. So we say things like people who have a "SAFE" look usually don't face this or that type of punishment. Even if their crime leaves a scene that looks like a horror film, we still mark them as safe as we measure their guilt.

We do this instead of being honest and saying people that look like criminals should, or will likely be convicted. That supposed look of criminality far and away being embodied in the form of a young black male's face. There is a consequence for social denial of the impact of systemic inequity in punishment. What the prior mentioned statistics have done has affected our jury system by creating bias based on appearance. This bias affects plea deals, convictions and sentencing by undermining decisions of guilt and punishment being based solely on the actual facts of a specific case. This bias reaches across the country to the homes of people like Charles Ramsey savior of Amanda Berry, who despite being saviors are characterized otherwise in private social circles due to appearance. In Arizona on December 31, 1980 Murray Hooper a black male killed two victims while committing a heinous in home robbery. He was sentenced to death, as a former prosecutor I believe sentenced properly given the case evidence. 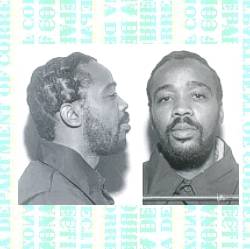 But given his mug shot I have to wonder if Hooper (not a entertainer or an athlete a unknown black male just as Arias was unknown prior to the case) was in the fact set of the Arias' case would the trial have even been on TV prime-time. If so would it have even been a question whether he would be sentenced to death by jury as it is was with Arias or would it just be presumed? That is for each of us to answer honestly in our own place of solace, hopefully before we are possibly faced with our own civic duty of judgment in a jury box.