In South Africa, as in most of the world, sexual and violent crimes are most often committed by men.

There are far too many individual instances of gendered aggression, and yet the association that often arises between masculinity and violence, what author Dr. Jackson Katz refers to as constructing "violent masculinity as a cultural norm," only contributes to the problem. This dangerous affiliation normalizes violence while overlooking the many, many men who do not fit this dark stereotype. The men who are the fathers, teachers, husbands, and inspirations to so many.

For the past three years, South Africa-based photographer Jodi Bieber has been fighting the connection between masculinity and aggression, finding and photographing men who do not fit the mold. The resulting series, titled "Quiet," presents a view of masculinity stripped of all its machismo and brute force. What's left is the soft vulnerability that lives equally in all human beings, regardless of gender. 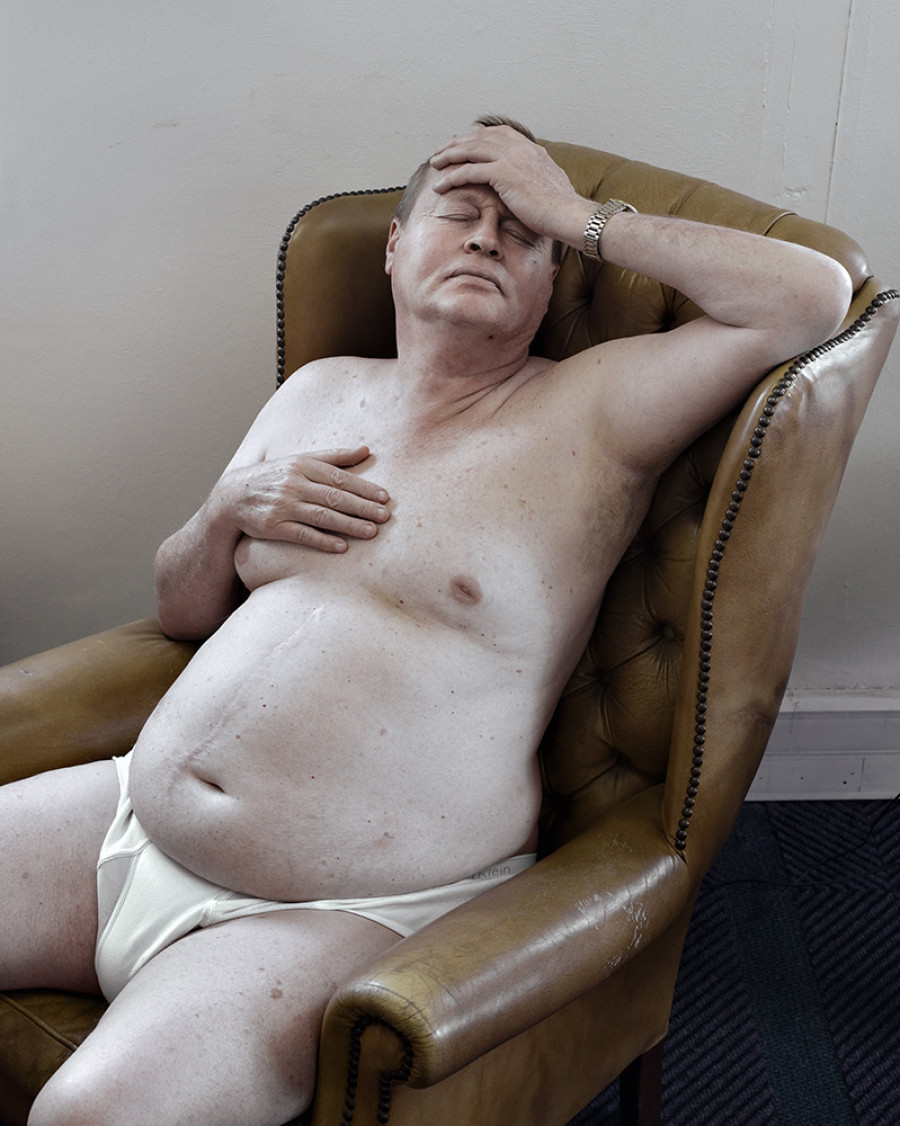 Gerald Randal Sadleir
I am a financial advisor, a father, a husband and a very keen fisher of men. Like most people, I try to do the right thing.

"I asked friends, colleagues and acquaintances to introduce me to men they might know," Bieber explained in an email to The Huffington Post. "The men collaborated with me in creating a quiet portrait of themselves. They came from all walks of life. I asked each man to wear only his underwear, to strip him of his protection, 'his uniform.' I photographed him in his safe space."

Bieber spends one to three hours with each of her subjects, adequate time to allow each to strip his invisible armor along with his literal clothing. The resulting images, soft and tranquil, capture a side of manhood not often propagated in mainstream culture. "This work should open up the space for men and boys to see themselves in other ways other than the traditional performative representations we are used to seeing," Bieber continued. "If we consistently see men as the aggressors then that remains the cultural norm." 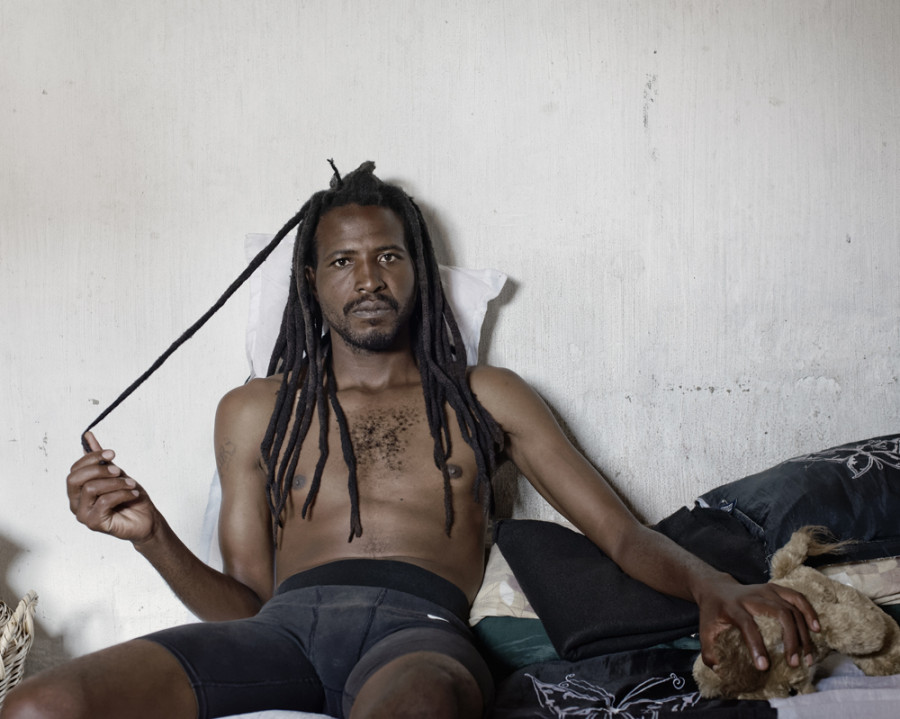 Harry Mohlatlego
Basketball coach, and Alex Tour guide. I am full of life and energy. I am a life coach, I am a father, I am a leader.

She also asked each of her subjects a single question: "Who are you in the world?" Their responses range from occupations and familial roles to more abstract positions, like "storyteller" or "one in a million." The various responses make abundantly clear that masculinity is not just one thing.

Bieber's artworks open a space for masculinity and vulnerability to coexist. The artist hopes that images like these will serve as examples to other men struggling to fit a certain gender mold. "If more and more men are allowed to be themselves without the societal pressures of what it is to be a man and they are not lumped together in this framework then perhaps the cycle of violence from one generation to another can be broken, or at least disturbed."

See Bieber's stunning portraits below and, for more artistic interpretations of a new masculinity, check out the work of Nir Arieli and Liz Calvi. Let us know your thoughts in the comments.