The 1935 Spanish Villa has four bedrooms, four bathrooms and two half-baths. It spans about 6,000 square feet of living space and surrounds the property's central courtyard. The grounds span about .29 acres of land and also include a pool, spa and detached guest house.

Inside the main home, there are cathedral ceilings, a gourmet kitchen and a massive screening room. And because this is a celebrity property, the entrance is discrete and gated. The official listing calls the home a "refuge" for homeowners who want "the ultimate in privacy, security and style."

Foster first bought the home in 1997 and updated part of it, reports the Wall Street Journal. Before Foster, model/actress Cheryl Tiegs owned it.

In "Elysium," her latest movie, actress Jodie Foster plays a a character who represents the richest .01 percent of society. The futuristic film depicts Earth as a vast wasteland and people like Foster's character live up in the sky, safely ensconced in a luxury space station called Elysium.

Foster, 50, has been acting since she was three years old and has a respected career as a director and producer as well. Her films "The Silence Of The Lambs" (1991) and "The Accused" (1998) have landed her two Oscar awards for Best Actress. 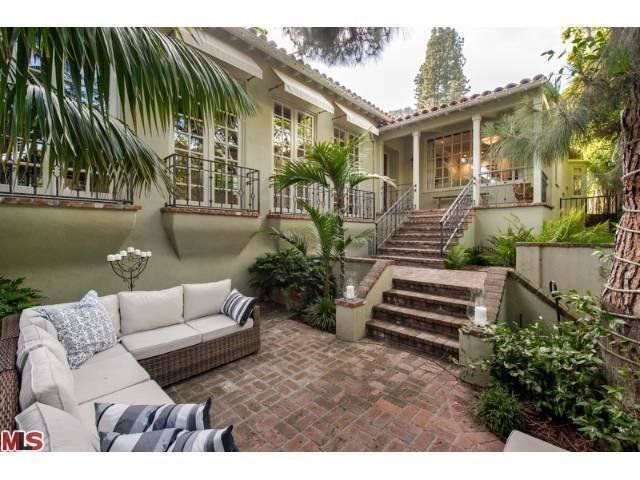