You don't need to know much about Vice President Joe Biden to know about his love affair with Amtrak. As a longtime senator from Delaware, Biden would commute between Wilmington, Del., and Washington. By his estimation, that's 8,000 trips. Biden is basically Amtrak's no. 1 fan.

So you could only imagine how overjoyed Biden was when he got to unveil Amtrak's brand new locomotive, the Amtrak Cities Sprinter, at an event Thursday in Philadelphia. 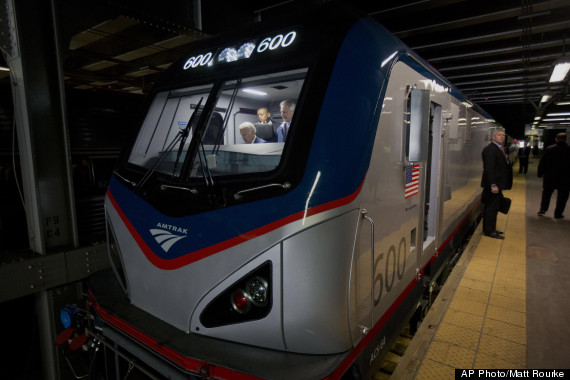 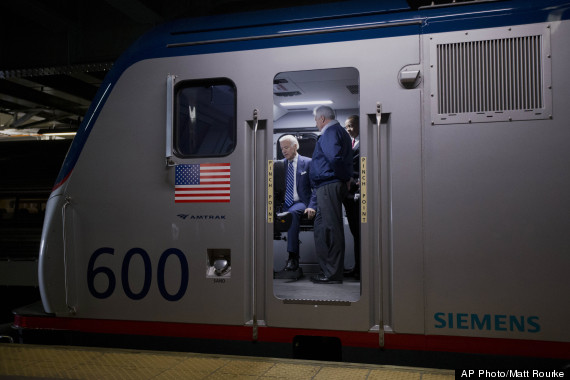 The new electric locomotives are manufactured by Siemens in California, and will run on the Northeast Corridor from Boston to Washington and the Keystone Corridor from Philadelphia to Harrisburg, Pa., replacing aging locomotives built in the 1970s and 1980s. 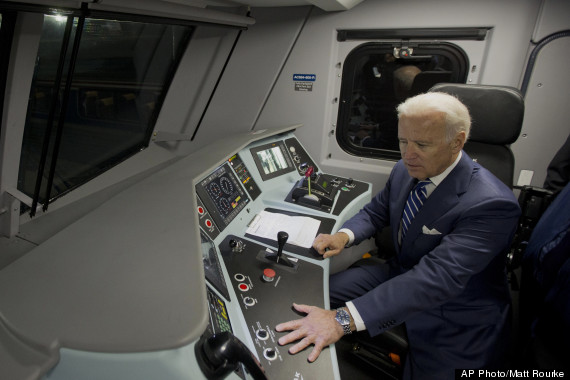 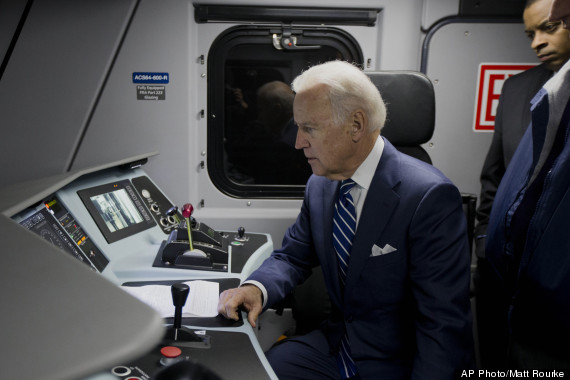 The new locomotives, also known as the ACS-64, will enter revenue service Friday morning, pulling train 171 from Boston to Washington. If only Amtrak Joe was the engineer.

Joe Biden Got To Check Out Amtrak's New Engine Today, So It Was Basically The Best Day Ever
Joe Biden Makes Faces At VP Debate