The Biden Foundation announced the launch of “As You Are” Tuesday. According to a press release, the advocacy effort will be a collection of “personal stories ... to help educate the broader public about the critical importance of affirming, accepting, and supporting our LGBTQ young people.” Interested participants can share their stories via a submission form on As You Are’s official website, though the campaign hasn’t specified exactly how submissions will be used.

LGBTQ young people should never have to face rejection from those who love them. Share your story with @bidenfoundation about the importance of family acceptance, because we all deserve to be safe, loved, and affirmed. #AsYouAre https://t.co/FKAz3mirQO pic.twitter.com/fMWz2SUoiL

“We’ll use our resources to highlight the harms of family rejection,” Biden explained in a video about the campaign, “and to lift up research, best practices, and personal stories to show the importance of family acceptance.”

Davis, Lauper and a host of other LGBTQ rights advocates also appear in the clip, offering testimonials about the inclusiveness of the campaign. “Many [LGBTQ kids] have been kicked out of their homes or no longer find it safe to stay at home,” said Lauper, whose True Colors Fund is focused on eradicating homelessness among LGBTQ youth.

Biden has long been an outspoken supporter of queer rights. In May, the Biden Foundation announced a three-year initiative with the YMCA aimed at fostering LGBTQ equality.

“Every American deserves to be treated with dignity and respect, but too many in the LGBTQ community are denied this basic human right today,” Biden wrote in a May 21 CNN column announcing that effort. “This is unacceptable in a country founded on the belief that we all are created equal.”

“Demonstrate that public opinion and history are on our side,” Biden said at the Democratic National Committee’s annual LGBTQ Gala in 2017. “Just because you don’t have Barack [Obama] and me in the White House doesn’t mean it’s time to give up, keep quiet, stay in the sidelines.” 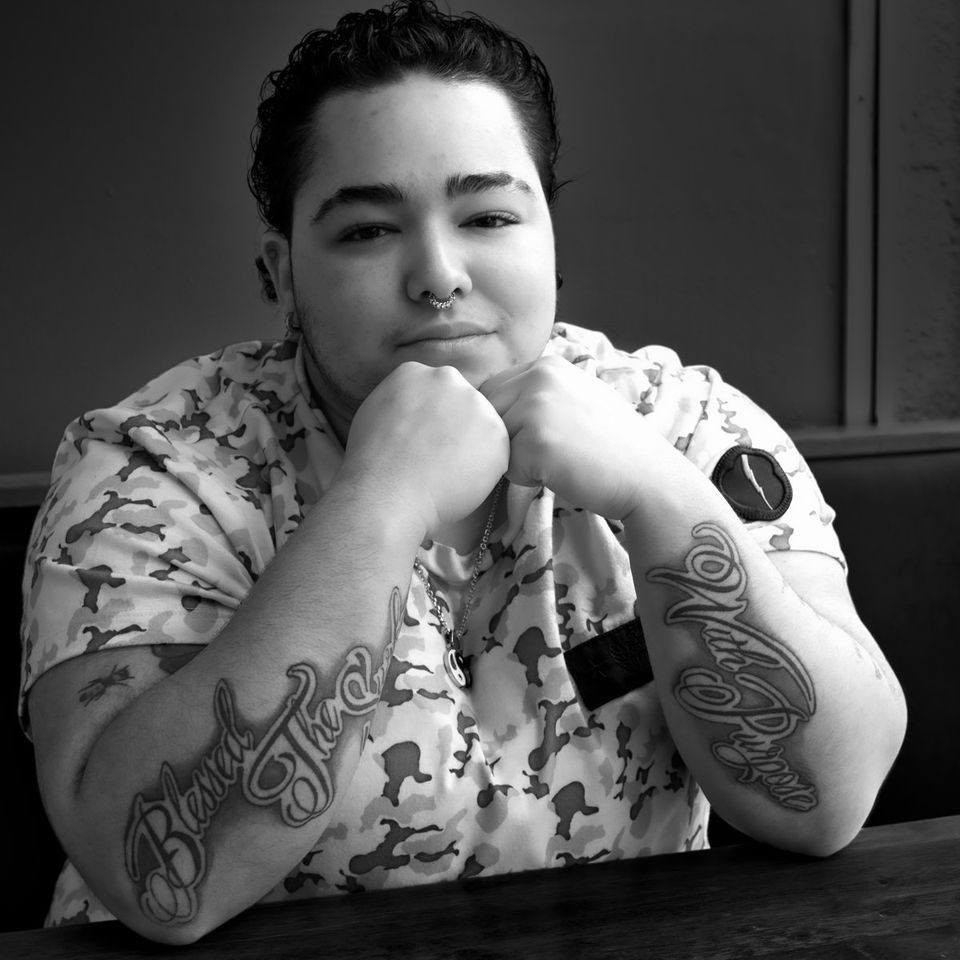 1 / 6
Alexander, 24 (Man With Trans Experience)
&ldquo;I started transitioning at 18. In Florida, at the time, trans-identified people were not really protected. I was diagnosed with schizoaffective disorder and also gender identity disorder. Nowadays they categorize it as gender identity dysphoria. It&rsquo;s a big difference.<br><br>&ldquo;My mom was not accepting of me. But me liking someone of the same sex or gender was not the biggest issue. The problem was more me representing very masculine. She said to me once, &lsquo;If you are going to like girls, then why don&rsquo;t you look like one?&rsquo; She couldn&rsquo;t understand. She was abusive both verbally and physically. After a while, it got to a point where it was too much. I couldn&rsquo;t be myself. So I left. <br><br>&ldquo;My time as a homeless was hard. I didn&rsquo;t know if I was going to make it. Many times I thought my mental health was not going to allow me to get out of this situation. What kept me going is the knowledge that I had goals. I really wanted to get out of the shelter system. <br><br>&ldquo;For a lot of people, what is missing is the hope. And hope is necessary to get out of these situations.&rdquo;
Letizia Mariotti