WASHINGTON -- Vice President Joe Biden pushed several pieces of President Barack Obama’s gun violence package on Friday, particularly the need for universal background checks -- one of the few items with a chance of moving through Congress.

But during his remarks after a two-hour roundtable with cabinet heads and Virginia officials, Biden noticeably omitted the two most ambitious, contentious pieces of Obama’s package: an assault weapons ban and a ban on high-capacity gun magazines. His silence on those fronts comes amid signs that neither stands a chance of becoming law, despite some Democrats -- and the president -- forging ahead anyway.

Biden also stressed training for gun owners so they know “how to better husband their weapons.” He gave a strong push to universal background checks and said that while opponents of gun control may say that the government should just focus on enforcing existing laws instead of making new ones, the first step to doing that is making sure that people deemed mentally unstable or violent by courts are registered in the background check system.

“That’s why we need universal background checks. All information is sent to a national system,” he said. “It in no way impacts someone’s ability to own a gun. Zero. Zero.”

White House Press Secretary Jay Carney dismissed the idea that Biden didn't talk about the two proposals because they've become a lower priority for the White House, given the political challenges.

“The president supports the renewal of the assault weapons ban. He supports addressing or limiting the magazine capacity,” Carney said at his daily briefing Friday. “These are all priorities … The fact that they’re hard, some harder than others, doesn’t mean we shouldn’t move forward on them and make the case for them. That’s what the president has done and will do.”

UPDATE:: 6:30 p.m. -- A source inside the room during Biden's meeting said he did bring up the assault weapons ban during his conversations in there, as well as high-capacity magazines. 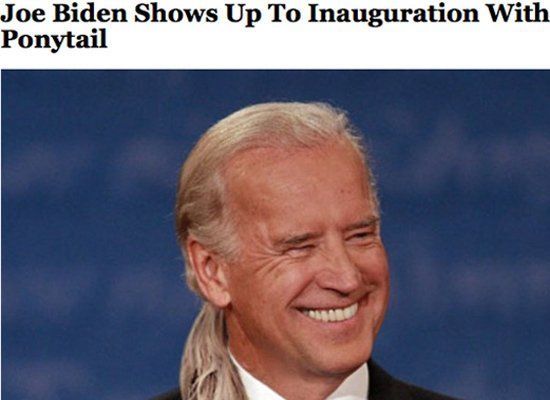