Joe Biden's performance at the debate on Thursday night was warmly received by Democrats -- and now the betting markets are rewarding his running mate, President Barack Obama.

The effect was decidedly minor. According to PredictWise, which aggregates Intrade and other online betting markets, Obama has gone from a 64.6 percent to a 65.2 percent favorite to win. There's only so much a vice presidential debate can do. 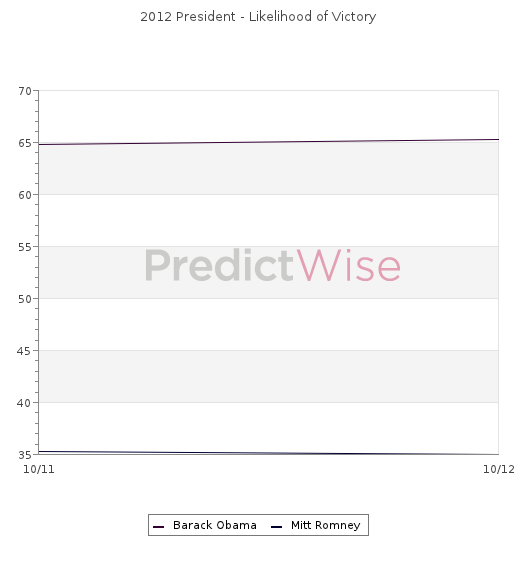 Overall, the markets think Obama's odds have sharply slid over the last two weeks, from about 80 percent before his much-derided debate performance. 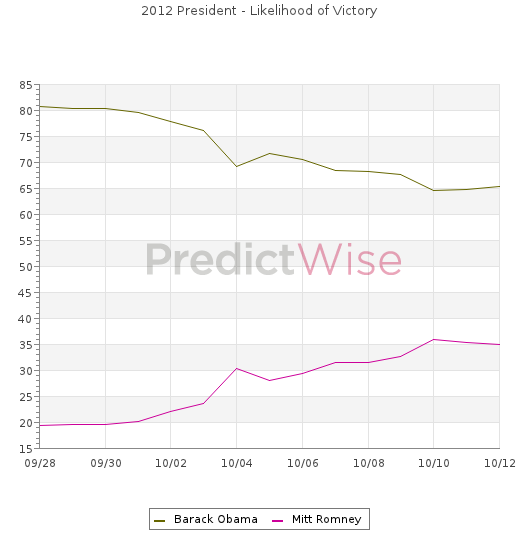