WASHINGTON -- Vice President Joe Biden rallied Latino members of Congress on Thursday to push for immigration reform, calling Latinos "the center of the nation's future" and reminding them that their political power will only grow after the last presidential election.

"The way to make the mark ... is for the Hispanic community to step up and step out and let the world know, let the Republicans know, let others know that if you ignore the needs and concerns of the Hispanic community, you will not win," Biden said at a swearing-in event hosted by the Congressional Hispanic Caucus Institute, a nonpartisan group that runs programs encouraging Latino leadership.

A record 26 members were welcomed into the Congressional Hispanic Caucus, which is separate from the institute, on Thursday. Not all Latino members of Congress joined the caucus, but their total, too, is a record: There are three senators and 33 House members of Latino descent in the 113th Congress.

Many of them are strong supporters of immigration reform, which also ranked high -- though not first -- on the list of priorities of Latino voters. President Barack Obama has promised swift action and will begin major work on the issue this month now that the "fiscal cliff" battle is out of the way. Members of Congress are already beginning to craft a deal and hope it can receive a vote by the end of the summer.

The president made something of a down payment on his promise of reform last summer when he announced that his administration would grant deferred action on deportation for some undocumented young people, often referred to as Dreamers.

Before the deferred action announcement, Biden told Thursday's crowd, he and Cecilia Muñoz, director of the White House Domestic Policy Council, had met with now-retired Rep. Charlie Gonzalez (D-Texas), who chaired the Congressional Hispanic Caucus, to discuss what could be done for Dreamers.

Although deferred action was considered by many a risky political choice, Biden said he and Muñoz "absolutely believed that what we were about to do was not only the right thing to do, but that it would be embraced by the vast majority of the American people."

They found they were right, the vice president said. Obama won more than 70 percent of the Latino vote in his reelection bid.

Biden said the American people also recognize what Latinos, including those who are undocumented, can and will contribute to the country.

Joe Biden: Latinos Are 'The Center Of The Nation's Future'
Biden&#039;s Greatest Hits 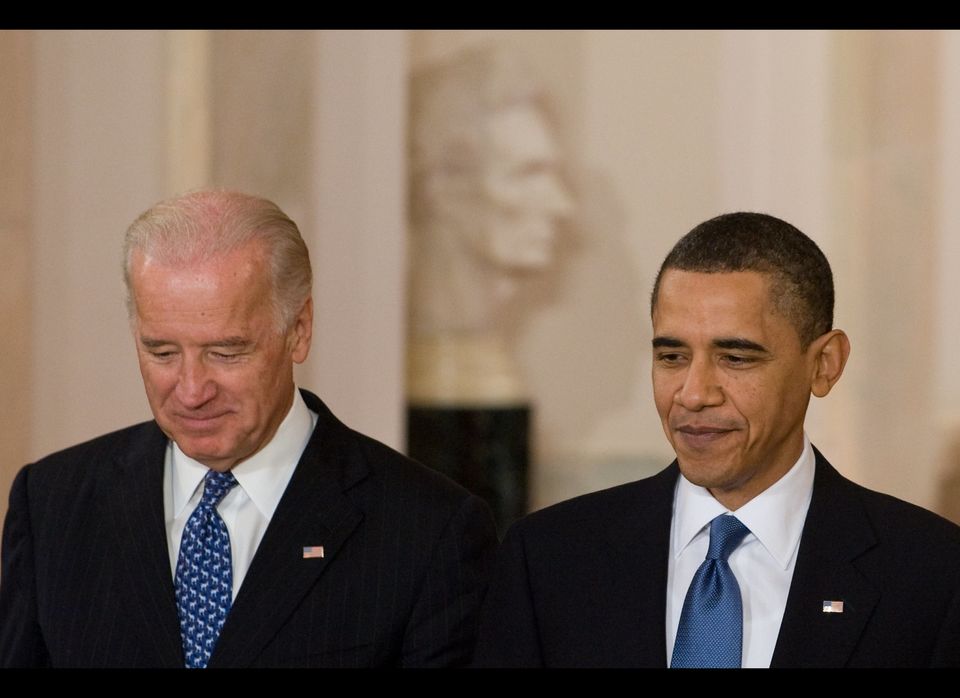