Vice President of the United States of America, Joe Biden, gave passionate closing remarks at the Summit on Climate Change and the road Through Paris, on Monday the 19th of October, at the White House. The event was in preparation for the United Nations Conference on Climate Change, in December. 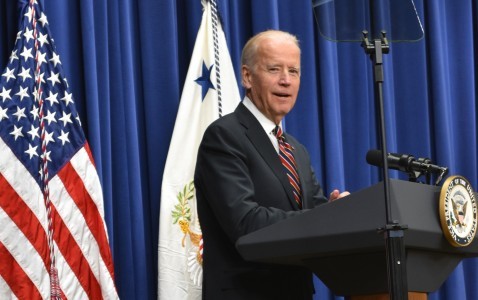 It is well known that climate change is an important issue for Americans, and indeed for the White House. As such, the current administration, thanks to the sustained efforts of both the President and Vice President, has dedicated time and energy to ensuring big business get the point, stay involved, know the rules of the road going forward, and realize the import of their actions on climate change.

The event bought big business and science together with speeches and Panels that included Dr. Enrest Moniz, Secretary of Energy, Todd Stern, Special Envoy for Climate Change, and Dr. John Holdren, Assistant to the President for the Office of Science and Technology. A range of executives from "Big Business" spoke.

Vice President Joe Biden expressed his thanks for the approximately 81 large businesses that have committed to making significant shifts in their manufacturing, to help combat climate change.
Proctor and Gamble, as presented by President of Home Care, Shailesh Jejurikar, appeared to be making some of the most significant and committed differences on the ground.

Efforts by Mars Inc., seemed fine in thought, but then it did not slip in his explanations of positive movement to help combat climate change, that Barry Parkin, Chief Sustainability Officer for Mars Inc., stated that over 1 million of their farmers live in poverty. The shame here is that Mars, Inc. is not raising their wages so their farmers are not living in poverty, and no matter how much Mars, Inc. talks about getting farmers to increase their yield threefold, that does not distract from the sound sense that Mars, Inc. should be paying their farmers properly in the first place.

The Panel Discussion followed a meeting President Obama had with CEOs from across the country, who are acting on climate change.

For these companies, they're discovering that they can enhance their bottom lines. For decades, our addiction to fossil fuels, to imported oil, I think not only threatened our planet and our security, but also our economy. And what we've been able to do over the last seven years is, even as we've attained number-one status in the production of oil and gas, what we've also been able to do is to slowly begin the transition of our economy to a cleaner, smarter approach to using energy. We have now doubled our production of clean energy. We've been reducing our carbon footprint even as the economy grows. And this progress isn't just creating a safer planet, it's also creating jobs, it's creating business opportunities, and it's something that customers are increasingly looking for.

EXAMPLES OF COMPANIES MAKING A CHANGE TO HELP COMBAT CLIMATE CHANGE
Companies like Walmart have installed on-site solar capacity more actively than just about any other company. Google has become the largest corporate purchaser of renewable energy in the world, with companies like Apple and Costco close behind. PG&E have been at the forefront of making it economical for customers to get clean energy. 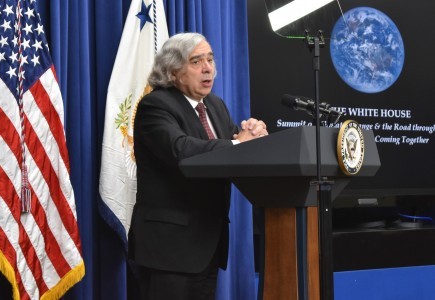 The President remarked that,

The CEOs around this table who have already done extraordinary work are determined to go even further. Right now, we've got 81 companies who've signed on to what we're calling the American Business Act on Climate Change. They operate in all 50 states. They've got about 9 million employees, collectively, and about $5 trillion worth of market cap. These are some of the cutting-edge, most extraordinary businesses that we have. But it's not just the big companies that are getting involved. It's their suppliers and small businesses that are also getting involved -- and saying, number one, we need a strong outcome in Paris as we go for the climate summit there; and number two, we need to have a partnership between business and the federal government, state government, local government, non-profit sector, all to continue to achieve aggressive reductions in our carbon footprint here in the United States of America as a leader.