Several reporters were prevented from asking Vice President Biden questions at a campaign event in Ohio on Thursday.

Biden spoke to a packed parking lot at the Staffilino Chevrolet dealership in Martins Ferry on Thursday morning. BuzzFeed reported that four reporters went up to Biden as he greeted supporters at the ropeline, and Joe Vardon of the Columbus Dispatch asked him a question.

"Biden ignored the question, as a Secret Service agent tapped Vardon on the arm at the direction of a campaign staffer and asked him to return to the press pen," wrote BuzzFeed's Zeke Miller.

NBC News' Carrie Dann, who was also at the event, tweeted that those reporters were "shooed away by staff." Vardon himself tweeted about the event, writing that campaign staffers "moved us off the rope line" and "said no questions on rope line." He described the exchange in his report of the event on Thursday.

The incident comes one day after Mitt Romney's campaign tangled with the press in Florida. In that case, aides attempted to physically block reporters from asking the candidate questions at a campaign event. Campaign press secretary Andrea Saul later told The Huffington Post that there had been an "error" on the part of the staff.

"During events, it's standard security procedure to request that reporters stay in the designated press areas, particularly given the opportunities reporters have to ask the Vice President questions, including on both days of his trip this week," Biden campaign press secretary Amy Dudley said. 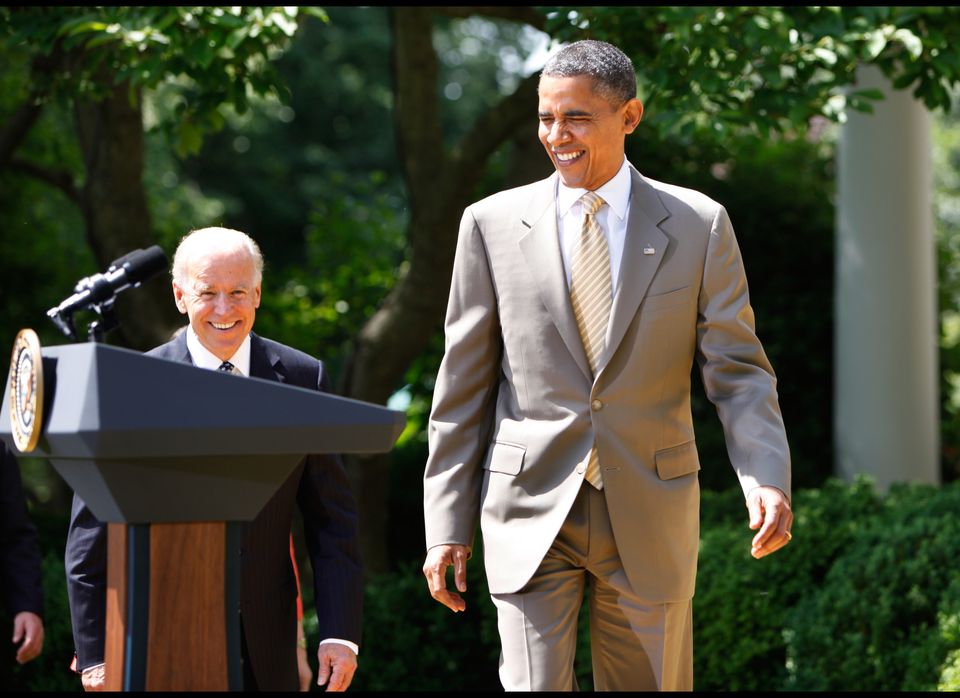 1 / 30
US President Barack Obama and Vice Presi
US President Barack Obama and Vice President Joe Biden arrive to honor the 2012 National Association of Police Organizations (NAPO) TOP COPS award winners at a ceremony in the Rose Garden of the White House in Washington, DC on May 12, 2012 The TOP COPS award pays tribute to outstanding law enforcement officers across the US for actions above and beyond the call of duty. AFP PHOTO/YURI GRIPAS (Photo credit should read YURI GRIPAS/AFP/GettyImages)
Getty