Published excerpts from former Secretary of Defense Robert Gates' upcoming memoir, Duty: Memoirs of a Secretary at War, have put Washington into a tingling tizzy this week. Chief among the minor bombshells that have been released are Gates' adjudication of the policies and positions advocated by Vice President Joe Biden. While Gates admits that the vice president was "a man of integrity," he was, to Gates' estimation, nevertheless "wrong on nearly every major foreign policy and national security issue over the past four decades."

Which is an extraordinary thing to say! It means that, as Gates calculates it, Biden stopped being a credible foreign policy voice about two years after he was first elected to the Senate.

Naturally, because the White House is obligated to do so, administration officials are defending Biden's character. The National Security Council put out a statement lauding Biden's statesmanship, and the White House allowed news photographers the rare opportunity of taking their own photos -- of President Barack Obama and Biden sitting with one another on Wednesday. This is all well and good, but it's not actually a direct response to the whole "wrong for 40 years" charge.

Additionally, Biden is thought to be one of those figures who may be considering a run for the White House in 2016 (he is, after all, the vice president now), so much of the coverage has been of the clutched-pearls, "Ohhhh no [Gates] didn't!" reality-teevee taunt variety. This prompted Washington Post foreign affairs blogger Max Fisher to vent about the coverage on Twitter, and rightfully so:

It's pretty ironic, actually. Back in June 2010, the late Michael Hastings penned a lengthy profile of Gen. Stanley McChrystal, the substance of which suggested that the Gates-endorsed approach in Afghanistan was, if not simply wrong, being met with a torrent of skepticism from policymakers and troops alike. At that time, the coverage was also heavy on the "personality politics" of Biden, surfaced in the profile, with no real attention paid to the substantive concerns about the Afghanistan strategy that runs through Hastings' piece.

So, in the interest of giving Fisher at least one article that discusses the underlying foreign policy issues, I'll say this: While it's swell that White House officials have taken up the matter of defending Biden's character, perhaps with a little soul-searching, they might consider defending Biden on the merits as well. Because I'm sorry to say that Secretary Gates is wrong -- Vice President Biden has not had a 40-year reign of error. Not if you recall the war on Afghanistan.

Let's cast our mind back to Oct. 9, 2009, and a story written by Holly Bailey for Newsweek magazine:

Joe Biden had a question. During a long Sunday meeting with President Obama and top national-security advisers on Sept. 13, the VP interjected, "Can I just clarify a factual point? How much will we spend this year on Afghanistan?" Someone provided the figure: $65 billion. "And how much will we spend on Pakistan?" Another figure was supplied: $2.25 billion. "Well, by my calculations that's a 30-to-1 ratio in favor of Afghanistan. So I have a question. Al Qaeda is almost all in Pakistan, and Pakistan has nuclear weapons. And yet for every dollar we're spending in Pakistan, we're spending $30 in Afghanistan. Does that make strategic sense?" The White House Situation Room fell silent. But the questions had their desired effect: those gathered began putting more thought into Pakistan as the key theater in the region.

As well it should have at the time, for Biden was correct in the assessment that Pakistan was becoming a dangerous center of al Qaeda's radicalism, compared with Afghanistan. Backing him was no less a figure than CENTCOM commander Gen. David Petraeus, who said in May of the same year that al Qaeda was no longer "operating in Afghanistan," but rather, was "clearly ... rooted in the border region of Western Pakistan."

Of course, this all came at a time when NATO’s International Security Assistance Force, ISAF, was largely attempting to execute a counterinsurgency strategy, in an attempt to keep Afghans from falling back under the sway of the Taliban, prop up the Karzai regime, and hold whatever tenuous gains had been obtained from our misadventure in the "graveyard of empires." Biden took a dim view of that approach as well, and he strongly advocated instead for a counterterrorism approach in Afghanistan as an alternative to the counterinsurgency-feeding troop "surge" that Gates and McChrystal backed. To Biden's reckoning, a counterterrorism approach would be less costly, incur fewer military casualties, allow for a lighter military footprint in Afghanistan and a shift to the challenges of Pakistan, while still demonstrating that the United States was resolved to fight extremists in Afghanistan.

As Arianna Huffington recounted, in October 2009, Biden was hardly alone in his view, and support for his position transcended mere ideology. George Will essentially called for the same strategy, of doing "only what can be done from offshore, using intelligence, drones, cruise missiles, airstrikes and small, potent Special Forces units." The head of the Council on Foreign Relations, Richard Haas, opined, "If Afghanistan were a war of necessity, it would justify any level of effort ... It is not and does not. It is not certain that doing more will achieve more. And no one should forget that doing more in Afghanistan lessens our ability to act elsewhere." And documentarian Robert Greenwald urged, "The more we fight in Afghanistan, the more the conflict is pushed across the border into Pakistan, the more we destabilize Pakistan, the more likely it is that a fundamentalist government will take over the army -- and we'll have Al-Qaeda like groups with nuclear weapons."

As Foreign Policy's Michael Haddick noted, by October 2010, the Obama administration had begun inching in the direction of Biden's original strategy. And Obama's own fortunes were boosted immeasurably when he accomplished what is arguably the highlight of his career as commander-in-chief -- the killing of Osama bin Laden. It is what the Obama campaign argued was the highlight anyway. It was Biden himself who uttered the line, "Osama bin Laden is dead and General Motors is alive," at the Democratic National Convention. Which seems sporting. After all, bin Laden was found to be sheltering in Pakistan.

And beyond these anecdotes and historical events, there is actual data that suggests that Biden was right to question the efficacy of the counterinsurgency strategy, and as fortune would have it, it's freshly published as of this week, courtesy of Jason Lyall and The Washington Post's political science blog, "The Monkey Cage."

In 2010 and 2011, Lyall, along with Graeme Blair and Kosuke Imai, undertook an "endorsement experiment" survey of "3,000 Afghan males in 204 villages in five predominantly Pashtun provinces," in order to determine what "happened to support for ISAF once an individual (or his family) was harmed by ISAF" and whether the same phenomena was experienced when individuals were harmed by the Taliban. Their overall research found that "Afghans who experience violence at the hands of NATO forces become less supportive of these forces and more supportive of the Taliban. But Afghans who experience violence at the hands of the Taliban don’t react nearly as strongly against the Taliban."

Lyall is cautious to point out that one shouldn't conclude that "efforts to influence attitudes are hopeless," citing evidence that "small, targeted assistance programs among those harmed by ISAF managed to reverse much, though not all, of the outflow of support to the Taliban." Nevertheless, Lyall bottom-lines the research like so:

In the end, the most salient factor in explaining support levels was an individual’s exposure to violence by the warring parties -- not receipt of aid, the level of control exerted by the combatants, or socioeconomic factors like age, wealth, or education. And while a key policy takeaway -- avoid civilian casualties -- seems obvious, even taking great pains to minimize civilian suffering is no guarantee that civilians can be won over. Cognitive biases that predispose individuals to favor (or excuse) the actions of their fellow in-group members, while simultaneously using negative actions by the out-group (like ISAF) to confirm prior prejudices, are powerful frameworks not easily overcome during wartime. Without engaging these underlying psychological biases, however, efforts to win hearts and minds are likely to be expensive, protracted, and, in the end, fleeting.

All of which sounds to me like questioning the efficacy of counterinsurgency in Afghanistan was pretty prescient.

I don't expect the idea that "Biden was right" to be universally accepted. Good people can disagree about any of this. Bad people can disagree about any of this. Anyone can call anyone an idiot, including me, if they like. I welcome and accept it, because wouldn't it be better, for almost everyone involved, to focus our attention on the underlying foreign policy issues, instead of another round of giggles and Downton frowns and politically-scented, palace-intrigue bullshit?

I think so. And if I have to resort to trolling to get us there, so be it.

Excuse Me While I Troll You: Actually, Joe Biden Was Right
Joe Biden's Best Moments 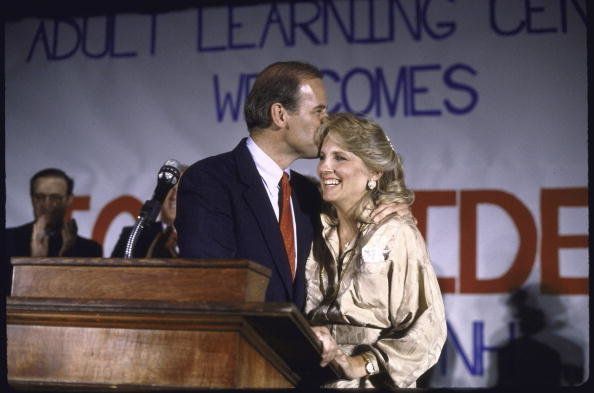