Biden arrives in Kiev on Monday afternoon local time. He will meet with members of Ukraine's Rada parliament from different political parties and regions as well as representatives from non-governmental organizations during his two-day stay, the White House said in a statement.

In those meetings, Biden will "discuss the international community's efforts to help stabilize and strengthen Ukraine's economy and to assist Ukraine in moving forward on constitutional reform, decentralization, anti-corruption efforts, and free and fair presidential elections on May 25th," the statement said.

"The vice president will also consult on the latest developments in eastern Ukraine and on steps to enhance Ukraine's short- and long-term energy security."

Early on Sunday, at least three people were killed in a gunfight near an eastern Ukrainian city controlled by pro-Russian separatists, shaking an already fragile international accord that was designed to avert a wider conflict.

The incident triggered a war of words between Moscow and Ukraine's Western-backed government, with each questioning the other's compliance with the agreement, brokered last week in Geneva, to end a crisis that has strained Russia's ties with the West. 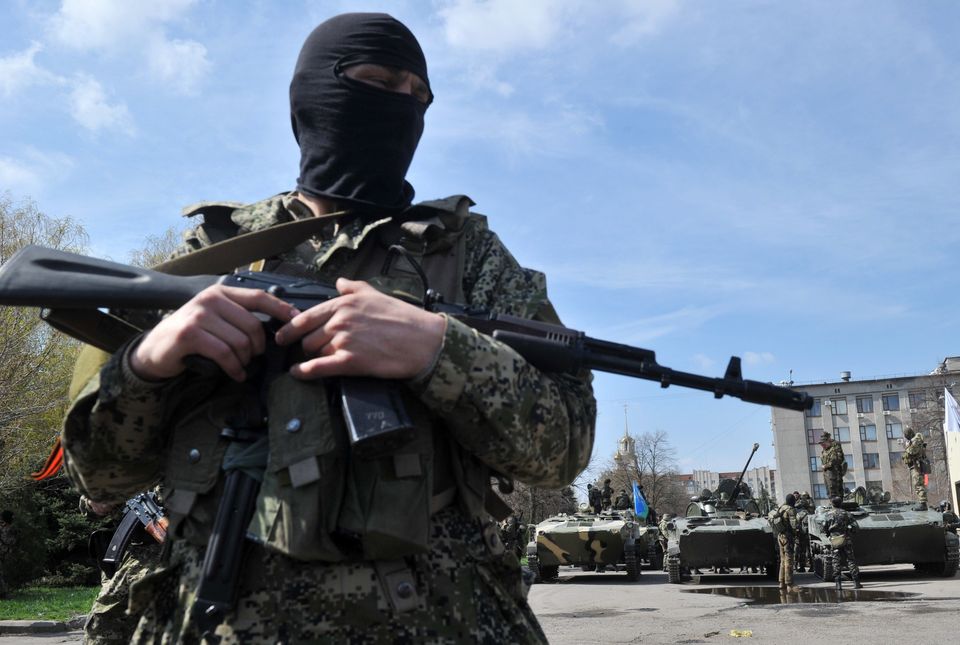 1 / 12
Armed men wearing military fatigues gather by Armoured Personnel Carriers (APC) as they stand guard outside the regional state building seized by pro-Russian separatists in the eastern Ukrainian city of Slavyansk on April 16, 2014. Russian leader Vladimir Putin warned that Ukraine is on the verge of civil war, the Kremlin said Wednesday, after the Kiev government sent in troops against pro-Moscow separatists in the east of the country. AFP PHOTO / GENYA SAVILOV (Photo credit should read GENYA SAVILOV/AFP/Getty Images)
Getty Images