The 36-year-old actor stopped by HuffPost Live today (Dec. 3) to discuss his new book, "Evolution: The Cutting Edge Guide to Breaking Down Mental Walls and Building the Body You've Always Wanted," and revealed that he struggled with an alcohol problem in his 20s.

"There was a period of about four years where I needed to quit drinking. And the drinking got in the way [of my career]," he told host Alyona Minkovski. "And I talk about that a lot in the book. It was one of those obstacles that I had to get over and once again I needed to clear the road in order for these things to happen, so it really is an inside job. I had to clean up my act and figure that whole situation out."

When asked if he drinks anymore, Manganiello said, "No, it's been over 11 years."

"My life was ruined," he added of his struggle. "I was homeless, careless and broke with no career, so yes, it was worth it [to get sober]."

The 6-foot-5 hunk used his newfound strength to get healthy and take care of his body. Believe it or not, Manganiello was once a skinny little kid, as you can see in the below photo. 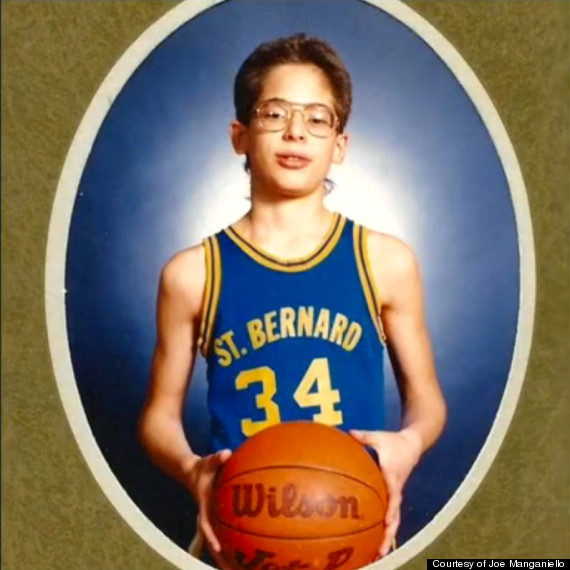 He told HuffPost Live that he was bullied as a teen, but that the pressure to be better made him stronger.

"Failure became a huge part of my success story," he explained. "Now, you hear about these soccer games kids play when goals aren't counted. Everybody gets the orange slice and the pat on the back and everybody says 'Good job!' And that wasn't the case for me and I think I benefited from that. I'm glad that I lost, I'm glad that I failed, I'm glad that I felt that way and decided to do something about it ... I never wanted to feel that way again and it drove me."