Football legend Joe Namath has decided that if he could live his life over again, he wouldn’t play football.

In a recent sit-down interview with WPBF-TV, an ABC affiliate in West Palm Beach, Florida, the Hall of Fame quarterback was asked by Tiffany Kenney whether he would play football again knowing what he now knows about the dangers of the game.

"No, I hate to say that because if I had a child that wanted to play [football] I'd let them play,” he said. “But I'd wait until later on, you know, when he’s developed a little more."

"This instrument [the brain] that we have that we have been blessed with, it's not designed for the kind of contact or physical abuse that your body gets playing this sport,” he said.

Namath also pushed back indirectly against Baltimore Ravens head coach John Harbaugh, who recently argued in a blog post that “there’s practically no other place where a young man is held to a higher standard.”

“To me, the qualities that you get, the intangibles you learn from sports, whether it be football or other sports, can be learned in the other sports,” Namath said.

Namath first started to suffer from what he thought was typical age-related forgetfulness a few years ago, but when he received a brain scan, he was told that there were large areas of his brain dedicated to word recognition, short term memory and sleep that were not getting enough oxygen. 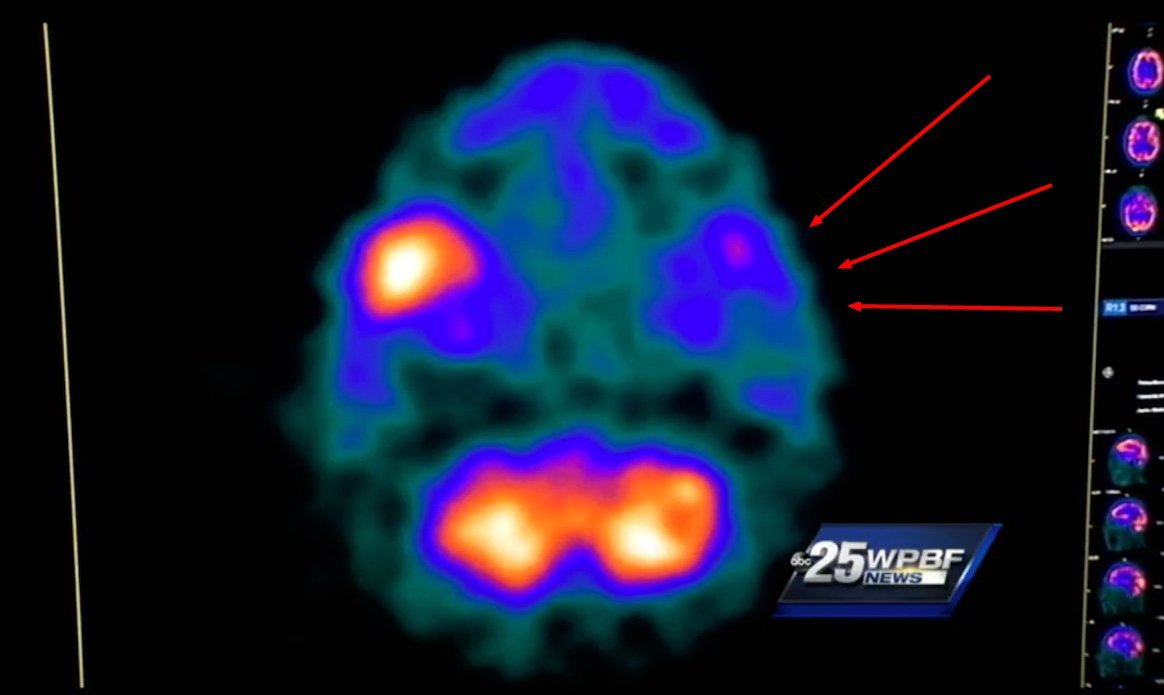 Namath's brain scan showed large areas of blue and purple, a sign that the brain is not receiving oxygen at the rate it should. (Source: WPBF-TV)

By coming out against football, Namath joins a growing swath of parents and former members of the NFL family who question whether the sport is worth the health risks, including Mike Ditka, Troy Aikman, Adrian Peterson, Terry Bradshaw, Brett Favre and Barack Obama.

A Bloomberg poll from last December found 50 percent of those surveyed would not let their child play football, although other similar polls have provided more conservative estimates.

NFL players experienced 111 concussions during the most recent regular season, which is down from 174 two years before -- likely a result of new safety rules and policies instituted by the league. But some, including former San Francisco 49er Chris Borland, argue that the dangers of the sport are inherent to the game. Borland retired at age 24 this year due to health concerns.