A Louisiana politician admitted to sending a picture of himself in his underwear to a city employee, the New Orleans Times-Picayune reports.

"I had an inappropriate but consensual relation (sic) with an adult female and we exchanged improper electronic communications which ended (in) 2009," Kenner City, La. City Councilman Joe Stagni said in a statement.

According to location station Fox 8:

Stagni sent the picture via text message to a Kenner employee back in 2009. That text message was forwarded through Kenner's email system to at least one other employee.

WWL.com reports that the Republican local official didn't mean for the image in question to turn up a city computer server.

Fellow City Council member Brenda Amaya criticized the behavior demonstrated by Stagni as outrageous, according to local station WDSU. "It's his own private business, but since he's an elected official, it's not acceptable," she told the New Orleans-based outlet.

The Times-Picayune reports that Stagni issued an apology for his actions in a statement, noting that he's "asked for God's mercy and forgiveness" along with that of his wife and family.

Stagni's admission comes in the wake of ex-Rep. Anthony Weiner (D-N.Y.) resigning after racy photos surfaced of him on Twitter and subsequently in reports online.

Below, the photo of Stagni that leaked into the public eye. 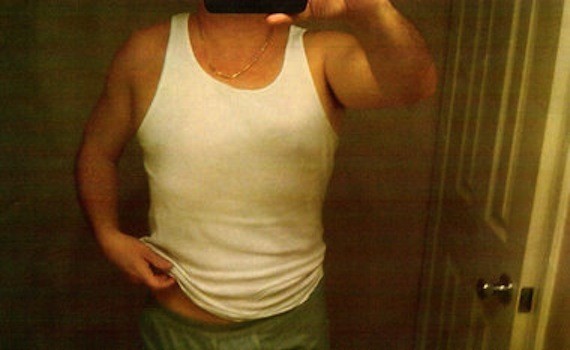