The Republican congressman best known for interrupting President Barack Obama by shouting "you lie" during a major speech made an embarrassing mistake Monday on his campaign Twitter account.

"Congratualtions Senator Tim Scott!" proclaimed a photo that was tweeted from the account belonging to Rep. Joe Wilson (R-S.C.), @CongJoeWilson: 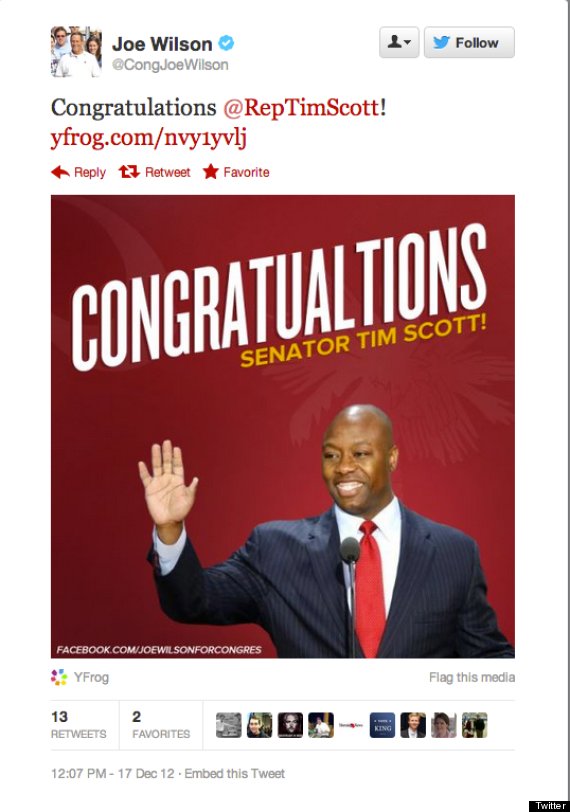 Wilson's misspelling prompted a flurry of jokes on Twitter, perhaps none funnier than one tweeted by The Atlantic's David A. Graham:

And that's not the only mistake: At the bottom of the image, the URL for Wilson's campaign Facebook page is also misspelled: "https://www.facebook.com/joewilsonforcongres."

Scott, currently a fellow congressman from South Carolina, was announced Monday as the successor to Sen. Jim DeMint (R-S.C.)., who is stepping down early next year to run the Heritage Foundation. Scott will hold the seat until a special election is held in 2014. He'll become the Senate's only African American.