LONGWOOD, Fla. (RNS) There’s a price to pay for becoming the voice of moderate conservatism and coalition politics. Even more so for refusing to march in lockstep with the Republican Party.

Ask the Rev. Joel Hunter of Northland Church, Florida’s largest evangelical congregation. Hunter, 65, says his suburban megachurch may have lost as many as 1,500 members, or 10 percent of its membership, as a result of his ecumenical and political activism.

But the compact, upbeat, Midwesterner is sanguine — likening membership departures to separating the wheat from the chaff.

“There is no such thing as safe leadership,” he said.

Hunter, who may be best known as President Obama’s spiritual counselor, still has plenty of church members — around 13,500. And he is not the first evangelical to pay a price for taking a less traveled path.

Fellow evangelical Richard Cizik took a harder hit in 2008 when he spoke out on social issues such as gay civil unions and global climate change and lost his job as chief Washington lobbyist for the National Association of Evangelicals.

Cizik said Hunter’s amiable demeanor will help him, but there’s no escaping criticism when an evangelical pastor talks about political cooperation.

“Give Joel Hunter credit,” said Cizik, who now heads the New Evangelical Partnership for the Common Good. “He has guts, depth of conviction, and hasn’t lost his integrity, nor his prophetic voice.”

A good example of that leadership was Hunter’s recent two-day visit to Washington, D.C.

“When I advocate for these issues, I see that as part of the natural influence of the church,” he said. “Most of our members believe that it’s a good thing that I’m involved in policy and political matters.”

Yet pointedly, Hunter did not stay in Washington for the kickoff of the annual Faith & Freedom Coalition Conference, a magnet for conservative national evangelical leaders, though he is a strong opponent of abortion and gay marriage.

Hunter’s high-profile activism is not new. He delivered a benediction at the Democratic National Convention. Last year, Northland hosted a talk about exercise and nutrition by First Lady Michelle Obama.

Yet in the 2008 Florida Republican Presidential primary, Hunter supported — and contributed to — the campaign of former Arkansas governor and former Baptist minister Mike Huckabee.

After 40 years as a Republican, Hunter changed his registration to Independent three years ago, explaining in one statement that he did so in part because of the GOP’s “growing uncivil/personal attack tone.”

“We expect the party out of power to be more negative, but the strident hyper-partisanship was something I could not support — in either party.”

In a veiled reference to the Tea Party, Hunter released another statement saying, “the outside voices hijacking legitimate political debate is not something of which I will be a part.”

In addition to his relationship with the Obamas, Hunter has been a national leader in drawing evangelicals into “Creation Care,” a Christian form of environmentalism aimed at mitigating global climate change.

Over the past decade, he and a cohort of younger, evangelical leaders have called on others to lower their voices and shift the political center of gravity from the far right to the pragmatic center-right. They have also asked their congregations and organizations to make common cause with other faiths and denominations despite fundamental differences with mainline Protestant and non-Christian faiths over abortion and gay marriage.

To church member Richard Milam, Hunter’s comments about “turning down the political rhetoric” sounded like a “left wing talking point,” and for him it was the last straw. He left Northland not long after.

“I was aware of Joel’s relationship with the president and his eagerness to have a voice in the political forum,” Milam said.

He was willing to put that aside because of his respect and affection for Hunter. But Milam was also troubled by Hunter’s ecumenical outreach to an Islamic organization, the Council on American-Islamic Relations, and could no longer separate his politics from his sermons.

Northland’s leadership is trying to cope with the loss of membership, which has necessitated some staff cutbacks.

“I am somewhat concerned that people are leaving the church over Joel’s involvement,” said Tom Starnes, a “shepherding elder” in the congregation and a Hunter ally. “But often they don’t have an understanding of the role Joel has played and the actions he has taken.”

Some congregation members objected to Michelle Obama’s visit, in part because it came in an election year, and because the first lady is a supporter of abortion rights.

Starnes says that a majority of Northland members agree with him that there is value in Hunter’s activism, and support his position on climate change and immigration reform.

And he gets support from others, such as Cizik, who believes change is impossible without a degree of risk taking.

“It’s obvious that without leaders who have guts, and will pay the price of leadership, the evangelical movement will remain as stuck in the past today, as evangelicals were stuck in the racist past of the days of Bull Connor and Jim Crow generally.”

Cizik, who in the 1980s wrote a book called “The High Cost of Indifference,” said the price he paid for losing his job was high, but he added, “the real price is being paid by the evangelical establishment that has lost its authority due to indifference and fear.” 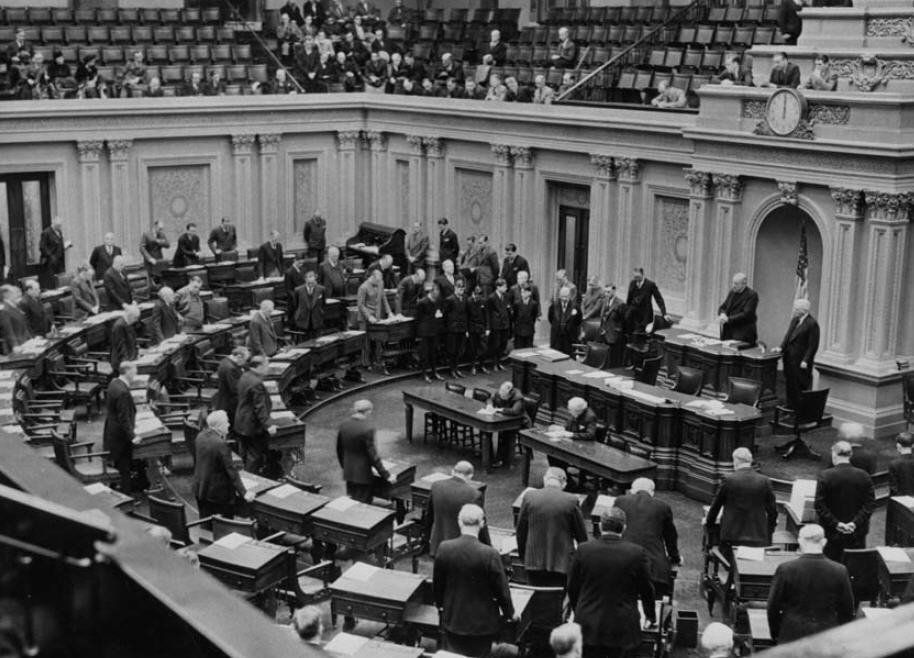