There is a certain amount of paradox that we have to learn to live with. Things are as they are, not as we wish them to be. This duality, of having to kill to live, of having to burn fossil fuel to get to a clean energy rally, of having to distance ourselves from something in order to see it clearly, or the duality of natures opposing forces manifests itself in a show of new paintings by Australian artist Joel Rea entitled Beasts of Arcadia which opens on Sept. 12th at Jonathan LeVine Gallery in New York. 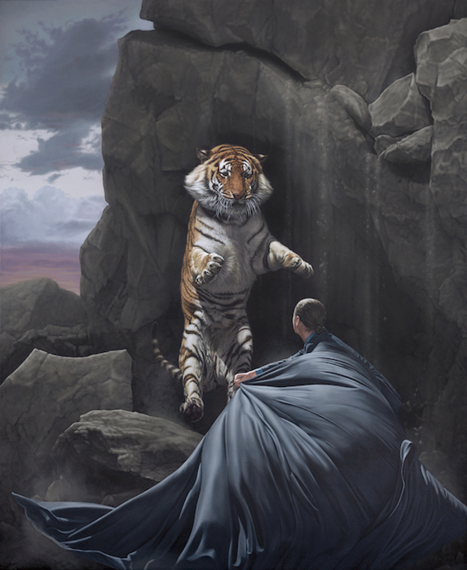 Rea's work utilizes a visual language that we can relate to. We recognize these tigers, the waves and the business men who stand facing them, who are being engulfed by them. By juxtaposing visual symbols the viewer is drawn to wonder what is happening, things are not quite as they should be but we can grasp at them and our attention is held, soothed in the face of disaster by the technical expertise with which these paintings are rendered. 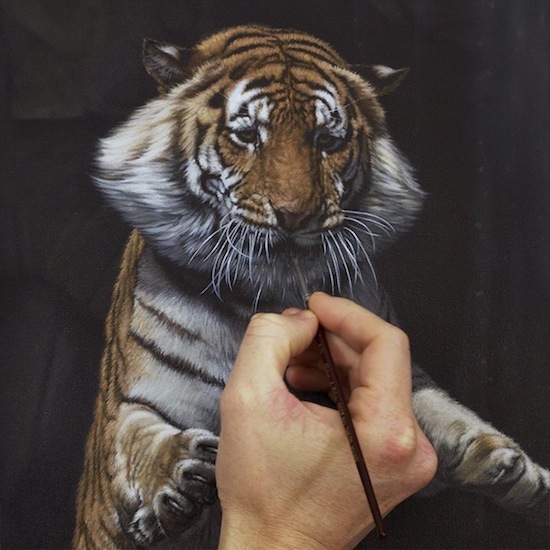 Detail of Clash by Joel Rea

The paintings are gripping both in their subject matter and in their hyperreal execution. The savage and the beautiful. That, according to Joel Rea in this short video, is what drives him to make this work.

Representational painting today is not what it used to be and cannot be dismissed as longing for the past or harkening back to the Romantics of the 19th century. Although Rea's work shares an aesthetic with Romanticism this is not about going back at all. They take from the past and move us toward tomorrow. He calls himself a Contemporary Surrealist Painter. Wikipedia describes Contemporary art as having developed from Postmodern art and although Joel Rea is very much alive and is dealing with issues of our present time, his work is far removed from the multimedia and purely conceptual work that has come to define Postmodernism and much of what is referred to as Contemporary art. To me Rea's work moves in separate direction, one that is reconstructive, or Post Contemporary, as it places importance on craftsmanship and empathy. One thing for certain is that Rea's paintings speak in a language where such words are not needed at all. There need be no artspeak to accompany them, to tell the viewer what is happening. The paintings speak for themselves. 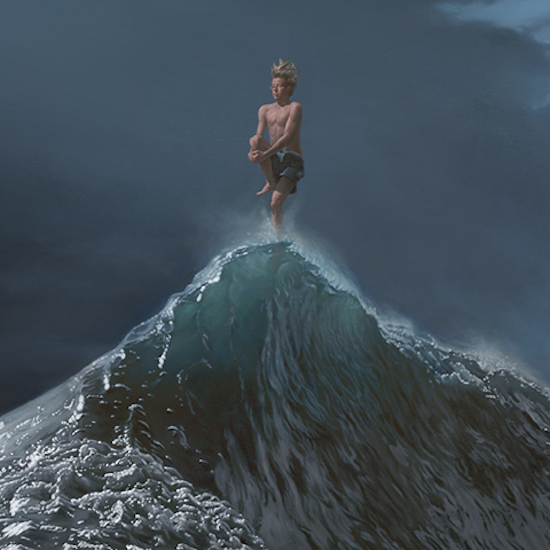 Detail from The Precision of Luck by Joel Rea 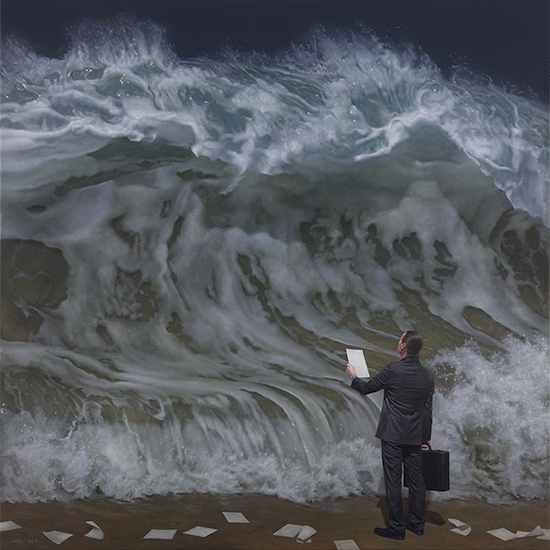 Joel Rea's paintings suspend both the subjects he depicts and the viewer in that moment before the inevitable happens. They deal with issues of extinction, of survival and climate change. They open the mind to the triviality of papers and lead our attention to what is important in our lives since the paintings themselves expose a futility in our own behaviors. If the ship is sinking does it really matter how the deck chairs are arranged? 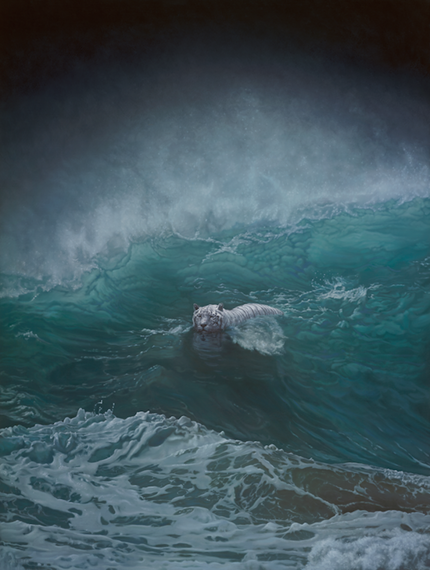 When I look at his work I am reminded of the stories of John Muir as he explored calving glaciers in Alaska, of stories I have read about big game hunters in India, about being face to face with another animal, more powerful than ourselves. As I contemplate man's age old love/hate relationship with the forces of nature I am taken back but one foot remains squarely planted in a Kenneth Cole wingtip, wet and full of sand, in the 21st Century, looking toward whatever is coming next. 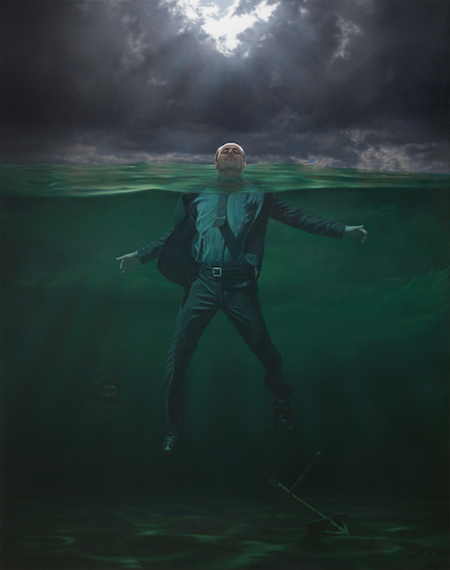 See Me by Joel Rea

In a blog I wrote last year Steven DaLuz pointed out that there is something sublime in the work of Joel Rea. It attempts to express something that is just beyond our grasp. The work is certainly captivating. Rea is saying something important with his work and moving beyond mere academic virtuosity. He reaches deep, he takes us higher and employs a symbolism that we can access, that is understandable, which is comforting even if it leaves us with a feeling that the promised land is out of reach. 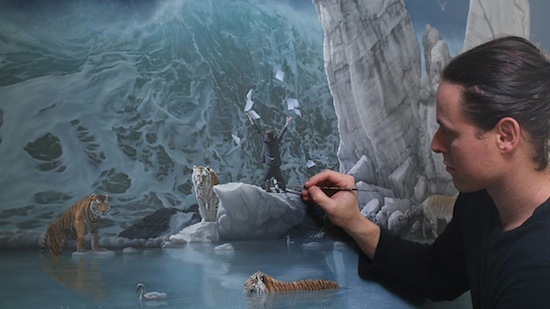 Joel Rea working on his painting, The Promised Land 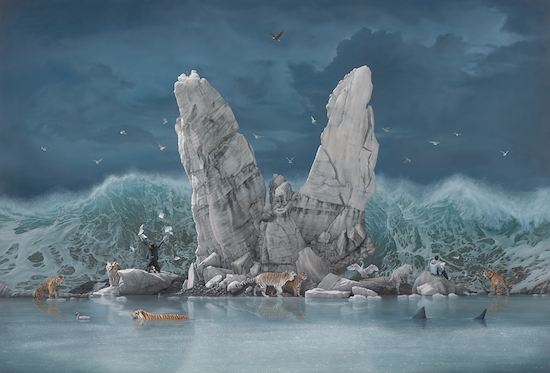 The Promised Land by Joel Rea