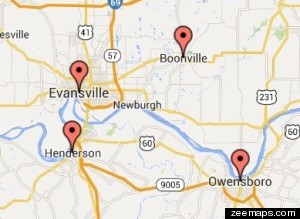 The disappearance of Joelle Ann Lockwood and Kristy Kelley -- two moms from southwest Indiana -- has residents in the Illinois-Indiana-Kentucky tri-state area on edge as authorities hunt for answers.

Since The Huffington Post reported the similarities between the two cases, the story has been picked up by HLN's Jane Velez-Mitchell, Good Morning America, The New York Daily News and a number of other national media outlets.

The disappearances have also raised concerns about a possible connection to other missing person cases in the area.

While there is no evidence suggesting any of the cases are linked, the similarities have piqued the curiosity of locals and investigators.

Please take a few moments to read each of the cases below. If you recognize one of them, help end a family's uncertainty by contacting the appropriate law enforcement agency. 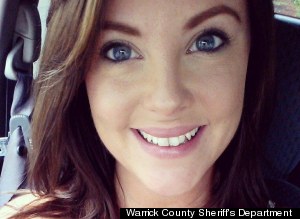 Kristy Kelley, 27, of Boonville, Indiana, was last seen at a local VFW lounge at about 1:30 a.m on Aug. 15. Her father, Todd Scales, told HuffPost that Kelley had been hanging out with friends at the VFW. According to others at the bar, she headed out about 15 minutes after her friends. What happened to the mother of two after that is a mystery. Somewhere between the lounge and her parents' house -- a distance of less than 2 miles, according to her dad –- both Kelley and her 2003 Nissan Xterra vanished. Michael Wilder, chief deputy at the Warrick County Sheriff's Department, told HuffPost his agency is connecting with the Evansville Police Department to compare notes about the disappearance of Kelley and that of Joelle Lockwood. "We don’t have much crime here, especially any type of things that involve foul pay often," he said. Kristy Kelley is described as a 135-pound, 5-foot-5-inch white woman with long brown hair and blue eyes. The car she was driving has an Indiana license plate SZF858. Anyone with information is asked to contact the Warrick County Sheriff's Department at (812) 897-6180. For more information, visit the Help Find Kristy Kelley Facebook group. 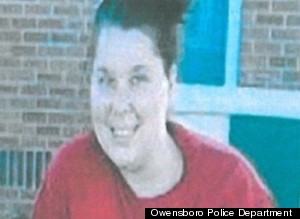 Ashley Dillion Higgs, a 23-year-old mother of three, was last seen at the Cadillac Motel in Owensboro, Indiana, on March 18, 2014. Her family did not report her missing until the following month and authorities only recently notified the public of her disappearance. According to police, Higgs made a statement on social media prior to her disappearance, indicating she wanted to leave the Owensboro area, but she has not been in contact with family or friends since her disappearance. Higgs is described as a 5-foot-5, 220-pound white female, with brown hair and blue eyes. She has a tattoo of a pistol on her abdomen. Anyone with information on her whereabouts is asked to contact the Owensboro Police Department at (270) 687-8888 or the Crime Stoppers anonymous tip line at (270) 687-8484. For more information, visit the "Indiana LostNMissing" Facebook page. 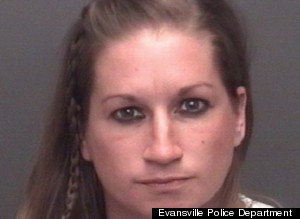 Authorities in Evansville, Indiana, are seeking the public's help in locating 30-year-old Joelle Ann Lockwood. According to Sgt. Jason Cullum of the Evansville Police Department, Lockwood was last seen on the afternoon of July 9, walking in the area of Park Street and Florida Street in Evansville. "There is not a lot of information, other than she was at a residence and left on foot," Cullum told HuffPost. The missing mom has two children, ages 9 and 12. Lockwood is described as a 125-pound, 5-foot-3-inch woman with brown hair, brown eyes and two tattoos -- a Playboy bunny on her right shoulder and a tribal design on the back of her neck. Lockwood was last seen wearing a pink tank top, jean shorts and pink and white Nike sneakers. Anyone who has seen Lockwood or has information about her disappearance is asked to contact the Evansville Police Department at (812) 436-7979. For more information, visit the "Help Find Joelle" Facebook page. 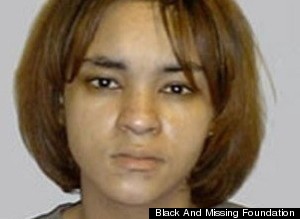 Investigators in Henderson, Kentucky, are still trying to locate Tiffany Marche Phelps, a 28-year-old woman who disappeared on Jan. 26, 2006. Phelps reportedly led a transient lifestyle and was homeless at the time of her disappearance. Despite this, authorities say she kept in regular contact with her family prior to her disappearance. Phelps is described as 5-feet, 4-inches tall and 140 pounds. She has black hair, blue eyes and a burn scar on her abdomen. Anyone with information about Phelps is asked to contact the Henderson Police Department at (270) 831-1295. For more information, visit the Kentucky LostNMissing"Facebook page.

The following cases, though a bit further away from where Lockwood and Kelley were last seen, have also received renewed interest. 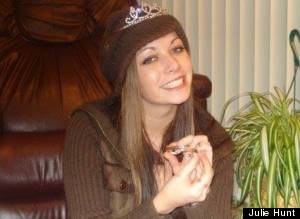 Brianna DiBattiste, 25, of Dunkirk, Indiana, was last seen on June 16, when she bumped into her mom at a local gas station. What happened to the young woman after that encounter remains a mystery. "She didn't just vanish into thin air that night. Somebody knows something," DiBattiste's mother, Julie Hunt, told The Huffington Post. According to her mother, DiBattiste was battling a heroin addiction at the time of her disappearance. "She said, 'I don't want to be sick, Mom. I can't handle being sick,'" Hunt said. Albany Police Chief Shannon Henry told HuffPost there is no indication that DiBattiste met with foul play, but he also said it is too soon to rule out the possibility. "At this point, everything is open," he said. The 5-foot-4, 110-pound woman has long brown hair and hazel eyes. She has several tattoos: a heart on her upper right arm with the word "TORN"; the words "What goes around comes around" on her upper left arm; "LOVE" on her lower left arm; a tribal tattoo on her lower back; and "DiBattiste" across her shoulders, below her neck line. Anyone with information on her whereabouts is asked to call the Albany Police Department at (765) 789-6151. For more information, visit the "Finding Brianna" Facebook group. 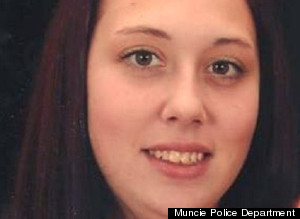 Sept. 19, 2013 was the last time family members saw 27-year-old Ashley Morris-Mullis of Muncie, Indiana. According to police, the mother of three vanished just days after giving birth to her youngest child. Morris-Mullis was separated from her husband at the time of her disappearance and had an outstanding warrant for animal neglect. However, her family said they do not believe those things would have driven her away. "She would not leave her children and we need help in finding out exactly what has happened to her because this is not Ashley's character. It isn't like her to just walk away," a family friend told WTHR-News in June. Anyone with information is asked to contact the Muncie Police Department at (765) 747-4838. For more information, visit the "Searching For Ashley Morris-Mullis" Facebook page. 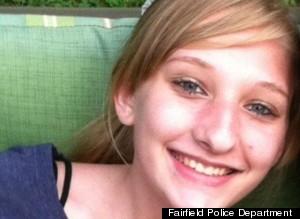 Megan Nichols was 15 years old when she disappeared from her home in Fairfield, Illinois, on July 3. According to police, Nichols, now 16, left a note for her mother, telling her she was unhappy. The teen also left her cellphone behind, which authorities say had been wiped clean. However, according to her mother, her daughter would not have left home on her own accord. "Megan is not the kind of child to run away and this should be taken seriously," Kathy Jo Hutchcraft, told HuffPost. Authorities have so far been unable to locate any sign of the missing teen. "So many girls/ladies are missing right now, they may or may not be connected, but we are all hurting," Hutchcraft added. The 5-foot-6, 111-pounds woman has blonde hair and hazel eyes. Her ears and right cartilage are pierced. Anyone with information is asked to contact the Fairfield Police Department at (618) 842-2151. For more information, visit the "Prayer Circle For Megan Nichols" Facebook group. 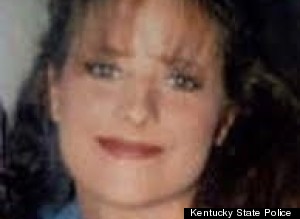 Heather D. Teague was last seen on Aug. 26, 1995, at Newburgh Beach in Kentucky. Authorities say a witness watched an unidentified man abduct Teague, then 23, from a beach on the Ohio River. When police went to question a man named Marty Dill about the case, he committed suicide. What, if anything, he knew is unknown. The Kentucky State Police have conducted multiple searches for Teague since her disappearance, but they have been unable to locate her. Anyone who has any information in the case is asked to contact the state police at (270) 826-3312. For more information, visit the "Kentucky LostNMissing" Facebook page.