For every woman who's ever stuffed an iPhone into her bra for safekeeping on the dance floor, here's the cue to kick yourself: Turns out a pair college students have now patented the concept.

Dubbed the JoeyBra, the push-up bra comes with under-arm pockets perfect for stowing valuables like smartphones, keys, and credit cards.

According to the YouTube video, the bra is designed to hide valuables in a way that won't even show through a dress.

Mariah Gentry and Kyle Bartlow, junior business majors at University of Washington, first came up with the idea for the JoeyBra when they noticed the huge number of Facebook posts by girls requesting numbers after they lost or broke their cellphones during a night out, according to Mashable.

The duo turned to Kickstarter to crowd-fund the project.

So far, the JoeyBra has received $4,346 in pledges, already surpassing its $4,000 goal with another 18 days left for more backers to get on board.

With an anticipated retail price of $19.99, Metro explains the leopard print garment can be worn as either a strapless or convertible bra.

According to MSNBC, the college entrepreneurs' next concept in the works is a pocket sports bra. 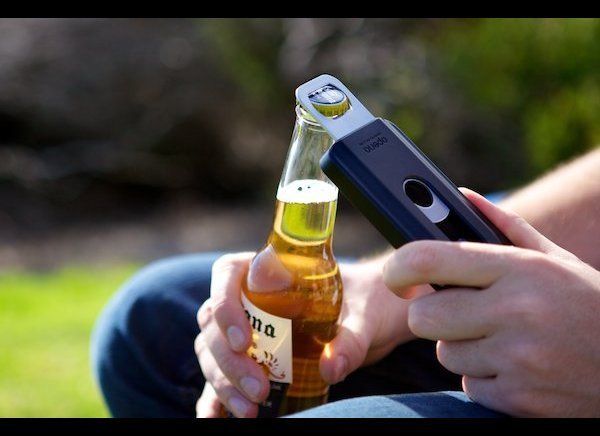