In the early '90s, the number of Joey Lawrence posters on our wall was rivaled only by the amount of "Blossom"-inspired hats we owned. And two decades later, the heartthrob is still gracing the small screen on ABC Family's "Melissa & Joey," produced by Lawrence's own company JL Veritas. We caught up with the 37-year-old actor, now dad to two young daughters, to discuss a very special catchphrase, Joey Russo's enduring style and the secret to staying grounded.

Who's a better male nanny, your character on "Melissa & Joey" or Tony Danza's on "Who's the Boss"?
I’ll leave that up to the viewers. We approach it differently, I guess.

You recently co-hosted an episode of "Kris." Are you a Kardashian fan?
The phenomenon is interesting. My wife watches and sometimes I see a bit of it here and there. But it was fun to do it with her, and I’ve actually known them for years.

What’s your "Blossom" character Joey Russo's influence on today’s pop culture? Even Kanye’s been sporting his look.
I began this journey so young that, 32 years later, I’m not really that old. But for it to come back around and people like Kanye are rocking the flannel shirt around the waist with the ripped jeans, it’s pretty cool. He can get away with it. If I did it, it would be ridiculous. But I think that it’s kind of flattering that I did something 15 years ago that a very popular urban artist is rocking. He looked good. I saw the pic, and it certainly worked. It was totally Joey Russo.

What do you miss most about the '90s?
I don't really miss anything. I look back fondly on it. The ‘90s were so much fun. Being a teenager and having the experiences and the kind of success that I had at that age was really cool. But I like where I am now, too. It seems that every 15 or 20 years, style and fashion and music sort of come back around. There’s a big resurgence in pop music again. I love pop music, because it makes me feel good and it makes you happy when you listen to it. And a lot of these young artists like Ariana Grande and Summer Set and, of course, One Direction, there are so many great pop bands that are out there, and it’s fun to see.

It's been 20 years since your hit single "Nothin' My Love Can't Fix." Do you have plans to do more music?
I made a record about a year ago with Matt Gerrard and I was really excited about it. Matthew’s a huge pop producer who's produced everyone from Kelly Clarkson to Miley Cyrus. It was my first experience with the whole pirating thing. I don't know what happened, but there were a lot of people who were editing and mixing. And somehow before it was released, I was getting tweets from fans in Germany and Belgium and all throughout the world commenting on the music and retweeting lyrics. So we are going to do it again, and be a lot more careful this time.

We're seeing so many former child stars go off the rails. How did you manage to stay grounded?
I have a great mom and grandparents who were important in my life. I was taught from a young age about personal accountability. It’s not about anybody else, but what you put into your body. I've always been an athlete and that, I think, got me out of a lot of trouble, because I always wanted to be lucid and in top shape to play the sports that I love. But it’s pretty sad to see. When I was a little kid, it was the Coreys who were in and out of trouble, and then Corey Haim finally lost his life. And then you’ve got Cory Monteith. These kids don't have the support system, I guess, and then there's zero personal accountability. They should be able to, at some point, look at a mirror and go, I need to get myself under control. It comes down to family, it comes down to the right thing going in your ears from a very young age, and realizing that life is so fragile and a blessing, and you have to treat it with love because it's precious.

How much time do you spend on Twitter?
Probably not as much as I should. I do like being able to communicate directly with people out there who are fans of my work, and people who aren't fans of my work. “You suck! You sucked on this and that!” I’m like, if it sucks so bad, then why are you watching it? “'Cause I hate you!” Well, awesome, apparently you have a lot of time on your hands. I don't know where it'll be in 10 years. It's interesting to see a lot of these young people and prominent athletes who are closing their Twitter accounts and saying, you know what? I've got to focus on my work. I don't need to be constantly spewing every intimate detail of my life, or useless facts about myself.

What's been your craziest fan story? Do people still yell "Whoa" at you?
I still get "whoa" every now and then. My girls are watching this "Teen Beach" movie on the Disney Channel and my oldest daughter’s aware of the "whoa" thing. And Ross, the lead, does the "whoa." They watched it a couple nights ago, and they're like, he explicitly does your "whoa." A lot of people have done it, but dude, it is exactly the "whoa." It's not even an interpretation. It's an imitation. And with my history with Disney, and "Brotherly Love" running in syndication on Disney Channel, and the two movies that we did, it made sense that someone probably said, hey this might be fun to do. But crazy fan stories? I've had people ask me for an autograph and I'm like, sure! And then she opens her shirt and asks me to sign the boobs or something. One time was really cool, and another time was kind of frightening [laughs].

You had a gig as a Chippendales dancer last year. How did you prepare?
I didn't do anything, really. Honestly, it was something ridiculous and crazy and I had never really done anything like that. I lost a bet to one of my friends and he said, you got to do it. And I said, let's go to Vegas for a month. And we did and it was ridiculous and crazy and fun. When I'm an old man, I'll have something to look back at.

What's the dumbest thing you've read about yourself?
I don't really worry about rumors. Somebody reported that I was an alcoholic, which is so far from the truth. I maybe have a drink once a month. Or that I’m bald, that I don’t have any hair and wear a wig. None of that’s true. I do have hair. My hair's not as thick as it used to be. I wish it was. But it’s my hair. There’s a lot of talk about my hair. It’s kind of amazing -- people have a lot of time on their hands.

If you could give advice to a younger version of yourself, what would it be?
Squeeze every moment of joy out of it, because you can't go back and relive it. I did enjoy a lot of it, but there were moments where you're just tired and want a break. But really, I had a great time. And in the middle of it, I was enjoying it. It wasn't like, oh this is horrible. Or I'm so conflicted or confused. But enjoy every single moment of it because it only happens once and you never get that back.

What movie could you watch over and over?
Well, there are several. "Die Hard" never gets old. Silly movies that I could watch over again? "Weekend at Bernie's" (the first one), "Step Brothers," "Wedding Crashers," "Old School" and "Top Gun."

What shows are always on your DVR?
I don't really TiVo a lot of stuff, man, because it sits there for months. But I tape sporting events -- Dodger games, Laker games -- and then movies every now and then. I don't watch a lot of serialized TV. "Curb Your Enthusiasm," if it ever comes back, and "Episodes" is on my DVR. If "Hunter" was still on, or "Knight Rider" or "Moonlighting" was still on, I'd be all over it.

What's one thing from your childhood wardrobe that you wish you could wear now?
Overalls.

What would people be surprised to know you've never done?
I've never done drugs. I don't know if that's surprising or not. It shouldn't be. They're not good for you. What else? I didn't set foot in a club till I was 21. That might be kind of surprisng.

Who's your ideal drinking buddy, living or dead?
I'd like to go have a vodka tonic with Frank Sinatra. I heard he could throw a few back, so it’d be fun to sit with Ol' Blue Eyes and hear the anecdotes from the Rat Pack days. 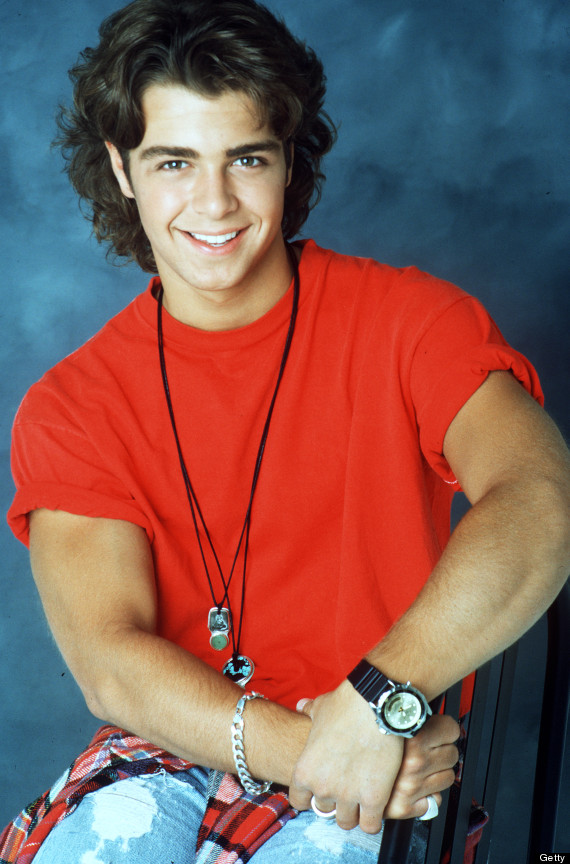