The Freddie Gray protests escalated outside Baltimore’s Oriole Park at Camden Yards Saturday night to such a degree that the team announced at the bottom of the ninth that fans would not be allowed to leave the stadium at that time.

The demonstrations apparently rubbed Baltimore sports broadcaster Brett Hollander the wrong way, as he took to Twitter that night to voice his frustrations:

Everyone should feel fortunate for our freedoms in this country, as written in our Constitution.... (1/4)

I'm by no means a legal scholar, so please understand that, but protests should not violate the basic freedoms of non-protestors. (2/4)

Angelos agreed that protests first and foremost should be peaceful, but said the economic policies that are (in his view) devastating cities and communities like Baltimore were his "greater source of personal concern."

We've pulled together the tweets for you (emphasis ours):

Brett speaking only for myself i agree with your point that the principle of peaceful, non-violent protest and the observance of the rule of law is of utmost importance in any society. MLK, Gandhi, Mandela, and all great opposition leaders throughout history have always preached this precept. Further, it is critical that in any democracy investigation must be completed and due process must be honored before any government or police members are judged responsible. 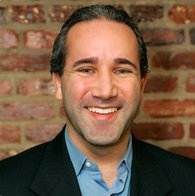 The innocent working families of all backgrounds whose lives and dreams have been cut short by excessive violence, surveillance, and other abuses of the bill of rights by government pay the true price, an ultimate price, and one that far exceeds the importance of any kids' game played tonight, or ever, at Camden Yards.

We need to keep in mind people are suffering and dying around the US and while we are thankful no one was injured at Camden Yards, there is a far bigger picture for poor Americans in Baltimore and everywhere who don't have jobs and are losing economic civil and legal rights and this is makes inconvenience at a ball game irrelevant in light of the needless suffering government is inflicting upon ordinary Americans.

Gray, a 25-year-old Baltimore resident died after suffering a spinal injury while in police custody on April 19. His funeral is scheduled for Monday. The demonstrations led to 34 arrests, the Baltimore Police Department said. 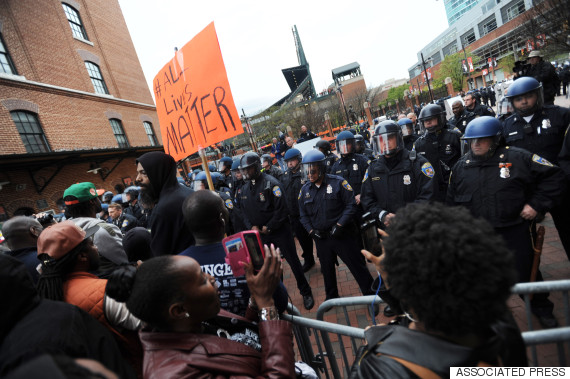