It's not possible to appreciate the subversive brillance of John Cage's immense contribution to world culture without paying homage to the Buddhism that changed his life and work.

So many seemingly weird elements in Cage's music turn out to be wonderfully illuminating from a Buddhist perspective. He was anything but a jokester. Zen Buddhism transformed him from a man paralyzed by hurt and fear because he was falling in love with another man, his life partner Merce Cunningham, to an artist whose great smile shone a "green light" that said to others: Be yourself.

Cage encountered Buddhist teachings that told him he was already perfect and complete, lacking nothing. Ego judgments, he realized, were just "noise" generated by minds bound up in prejudice and delusion. Freed to follow his own heart, Cage set out to base his music on a bedrock of love for all creation.

I had a breathtaking view of Cage's love in action in "Empty Words," a 12-hour marathon that lasted through the evening and early morning of June 30/July 1. Cage, whose posthumous 100th birthday will be celebrated on Sept. 5, created "Empty Words" to honor his hero Henry David Thoreau. It was presented by the John Cage Trust at Bard College, Annandale-on-Hudson, New York.

Part I began at 8:29 p.m. in the Spiegel tent, a circular mirror-studded room lit by stained glass windows. Part IV ended at 8:29 a.m., as sunlight silently flooded in.

I joined the 50-some others who spread out air mattresses on the floor, preparing ourselves to meditate on Cage's recorded voice throughout the night. Why would I want to put myself in Cage's hands for 12 hours of nonsense syllables sung by a dead composer?

To create "Empty Words" Cage subjected Thoreau's journals to chance operations. First he removed words and phrases, then syllables, and finally letters. By Part IV, only a few single letters remain, within a tissue of silence. Weird, right?

Cage invented chance operations at the end of 1950, four months after an important Japanese Zen scholar, D. T. Suzuki, moved to Manhattan. Suzuki warned his audiences that ego-delusions spread great suffering everywhere. Get yourself out of the way, Suzuki said. Empty your own mind to see the spaciousness, the joyousness, the pure creativity that is your birthright.

Cage responded by using the I Ching, the Chinese Book of Changes, to construct much of his music. By tossing coins and getting answers, Cage turned his compositional processes over to the mystery of indeterminacy.

Part I of "Empty Words" is a fascinating deconstruction of Thoreau's language. Although Cage has dismantled Thoreau's syntax, we hear the writer-voice coming through. Cage "performs" the text. He sings, vocalizes, shouts or whispers. Despite everything, what shines through is Thoreau's love for the natural world, which is Cage's love, too.

There is a Buddhist practice I do every day, without fail. The words reputedly come from the Buddha himself, 2,500 years ago. I say:

"Let no one do harm to anyone. Let no one put the life of anyone in danger. Let no one, out of anger or ill will, wish anyone any harm. Just as a mother loves and protects her only child at the risk of her own life, we should cultivate boundless love to offer to all living beings in the entire cosmos. Let our boundless love pervade the universe."

Parts II and III of "Empty Words" lead us deep into the night. By now Cage's operations have reduced Thoreau to syllables and sounds. We in the audience just listen. We don't try to judge the words, or attach meaning, or wrestle them into a narrative. Everything in this universe is simply itself. It doesn't need our approval and it exists without our judgments. We meditate -- that is to say, we just pay attention.

Sacred seed syllables, in Buddhism, are put together in strings called dharani, an ancient Sanskrit term for what are fundamentally prayers.

Part IV of "Empty Words" is a dharani, I realize. Cage instructed that Part IV should be "chanted." Each Thoreau letter is a single sound, perfectly itself. It needs nothing else. It means nothing. It's not "going somewhere." Yet it's a hymn of love for all creation. Cage sings it that way. His voice vibrates with love.

And the only way to hear it is to suspend your judgments, complaints, arguments and ego-noise, and just listen.

"Most people are blinded by themselves," Cage wrote. But we can be illuminated by ourselves just as easily, if we choose to listen to the music of the world that pours "like liquid into an empty glass" through us at all moments.

John Cage, Buddhism and the Hymn of Love
John Cage and Buddhism 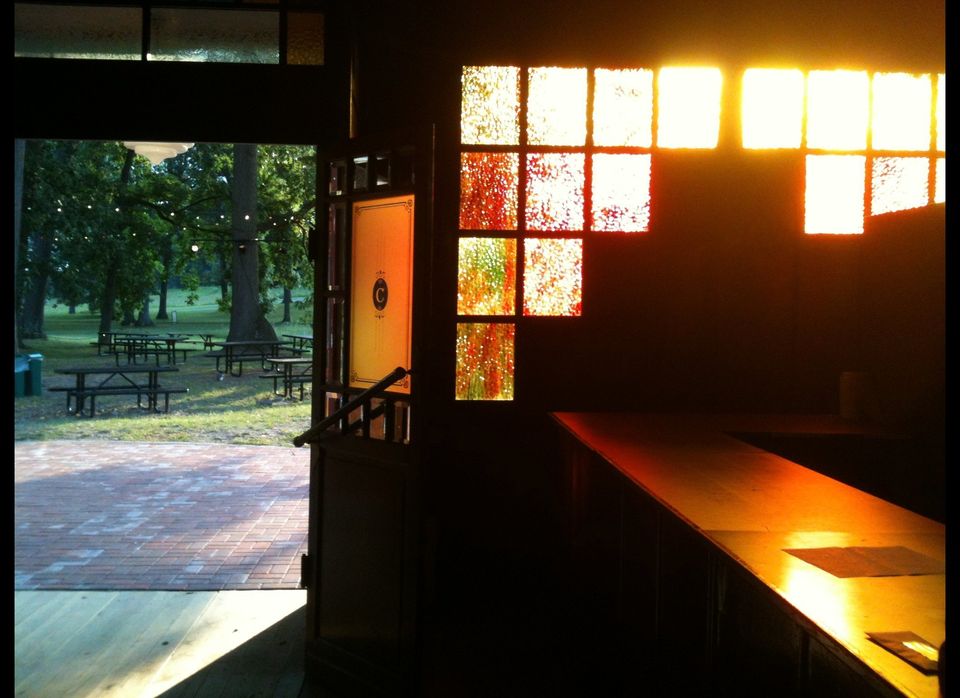