Cusack announced his involved in the James McTeigue-directed film in August.

"official- will play edgar allen poe in fall-a-film called the raven, send any poe- gold - my way as i begin this journey into the abyss," he tweeted.

The movie is a fictionalized account of Poe's mysterious last days--spent, as speculated by some, following a serial killer inspired by his horror stories. 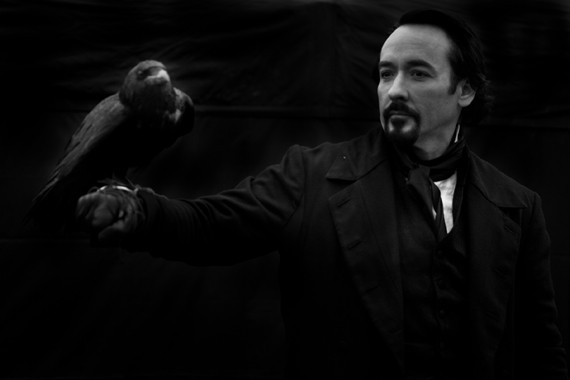