Composer John Debney just about grew up at Disney Studios. His father, Louis Debney, began working for Disney as a teenager, banging the clapperboard to identify the live-action footage shot as reference for "Snow White" and going on to produce "Zorro" and "The Mickey Mouse Club." When John was born, he was welcomed with a card signed by all the Mousketeers. 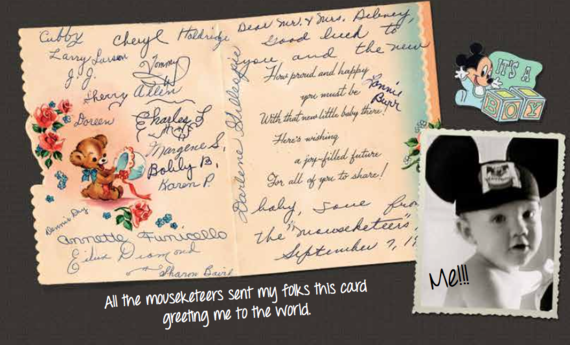 Working on the score for the new live action "The Jungle Book" was not just a dream come true; it was coming home. In an interview, Debney talked about the magic of growing up with the creative talents behind many of Disney's greatest films and how it inspired him to want to compose movie scores.

When he was eight, Louis arranged for John to spend a day with the legendary Richard and Robert Sherman, who wrote songs and scores for "Mary Poppins," "Chitty Chitty Bang Bang," "Bedknobs and Broomsticks," "Charlotte's Web," "The Aristocats," and "The Jungle Book," as well as the theme for the "It's a Small World" ride in the theme parks. "My dad was very good friends with both those guys and one day my dad bumped into Dick Sherman and said, 'Dick, my son is starting to play the guitar and he is very interested in music. Would it be okay if I brought him in to meet you guys?' And Dick is such a wonderful human being he said. 'Of course he can come in and spend the day with us.' And so my dad brought me in. I was a very shy kid so I probably said two words all day but I sat there enthralled in the room with Dick and Bob as they were working on some piece of music or other. I was forever changed. I knew I and wanted to write music and perform music, and that's how it started."

Debney followed his father to Disney. "Right out of college actually I got a job luckily enough in the Disney music department where I spent about four years there and did a lot of music for all the parks. I really got my training during that period and got my feet wet. So I've done a lot of different things, including attraction music for Disneyland and Disney World, including Splash Mountain." He has scored hundreds of hours of Disney projects in TV, film, amusement park rides, and for Disney's ABC Network and the first feature film he scored was Disney's "Hocus Pocus."

As soon as he heard about "The Jungle Book," Debney was determined to get the job. The classic 1967 animated version of the story featured unforgettable songs by the Sherman brothers and starred Debney's close friend Bruce Reitherman (son of the film's director) as the voice of Mowgli. So he and his agent came up with an idea to convey just how much he wanted the job. "When I got wind of this, my agent, who is a really wonderful, crazy, thinking out-of-the-box kind of guy talked at length about how I might approach the studio to try to get this job." Fortunately, the studio picked a director Debney had worked with on three other films: Jon Favreau. 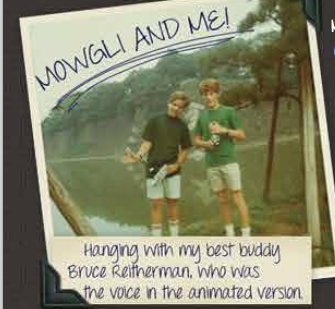 "We decided to send Jon and some of the people at the studio a little picture book highlighting my history with Disney. And lo and behold it ended up in my lap. It was really an amazing gift. Jon Favreau and the studio put their faith in me and that of course meant everything to me. And we're all done and now we are ready for people to hopefully love this film."

The score is new, but Debney promised that "no one who loved the songs from the original will be disappointed. Some nice surprises in there that I think people will get a kick out of." The trailer has a brief hint of one of the earlier film's best songs, "The Bear Necessities."

"Jon wanted a brand-new score but he wanted to have our little nods to the other songs that we all know and love. So there are threads of it through my new score and new themes for these characters, including a new Mowgli theme, which he never had before. Jon definitely wanted a score that was larger in scope because the film is very large in scope. It's an amazingly realistic world that he has created. He really wanted the score to have high adventure qualities to it. He wanted a score that was at times very serious to sort of play the adventure of it all and other times very playful and maybe the third part of that whole equation is just also to be true to the culture. So I included instruments from all area of the world and we had a lot of fun doing it. We had Indian flutes, primitive bamboo flutes and other kind of flutes. I had primitive reed instruments which are from that part of the world and then we have a whole battery of percussion from everywhere, I used everything I could find and we brought in some wonderful instrumentalists, and we have a big choir and just tried to make it very inclusive from a world music approach yet always with the eye on it being sort of a classic Disney score."

It all came together when Richard Sherman, who has continued to be a mentor to Debney, visited the recording session. "I've known Dick really my whole life and I'm so overjoyed that he did work on the new' Jungle Book,' so it was full circle and one big happy family. My finest memory of our recording that we just completed was having Dick down at the scoring stage. He got to hear some of his timeless music being played in a little different way and we just had a wonderful, wonderful journey on this thing."