It took all of one night for American popular culture to begin responding to the news of President John F. Kennedy's assassination. On the evening of Nov. 22, 1963, just hours after Kennedy was shot in Dallas, The Beach Boys' Brian Wilson and Mike Love were putting the finishing touches on "The Warmth of the Sun," which they deemed an ode to the slain president. That song is among dozens of movies, singles, novels and television episodes that have depicted various aspects of the Kennedy family and the events of that tragic day. Now, 50 years later, we're taking a look at a handful of the psalms the entertainment industry has laid at the feet of the late President Kennedy. 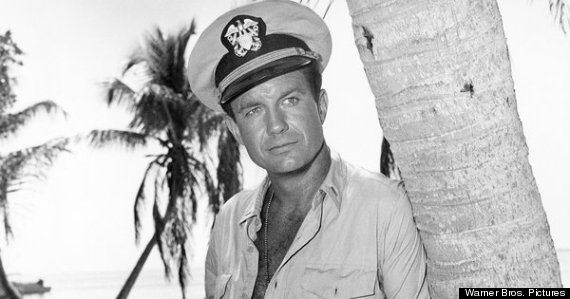 Released in July 1963, "PT 109" was the first feature film to depict the life of a U.S. president who was still in office. Robertson portrays Kennedy during his time as a U.S. Navy officer.

Brian Wilson and Mike Love were writing "The Warmth of the Sun" on the morning of Nov. 22, 1963, just hours before Kennedy was murdered. They returned to the studio that night to finish the track, deciding it would serve as a dedication to the president's memory. "Sun" was released in October 1964.

Paul Simon wrote "The Sound of Silence" in February 1964 amid the aftermath of the assassination. The song, released in February 1965, catapulted Simon & Garfunkel to mainstream prominence. 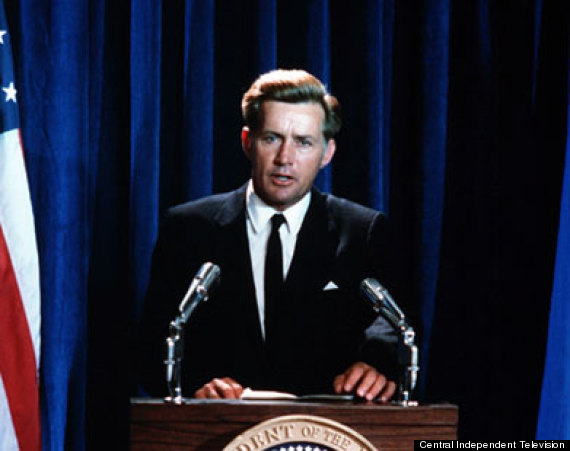 Long before he would take on the beloved role of fictional president Jed Bartlet on "The West Wing," Martin Sheen played the eponymous president in the NBC miniseries "Kennedy." The role earned Golden Globe and BAFTA nominations for Sheen, who went on to narrate Oliver Stone's 1991 movie, "JFK." 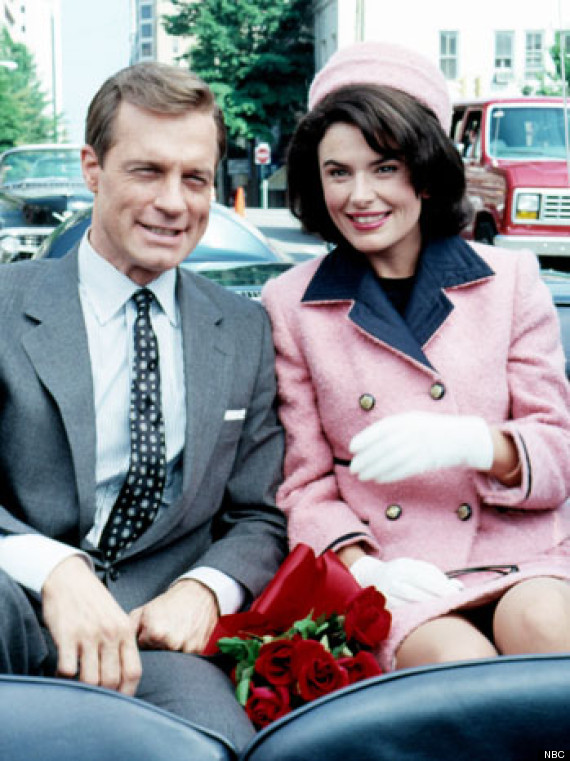 This three-parter, which nabbed the 1992 Emmy for Outstanding Miniseries, chronicles the life of Jacqueline Kennedy Onassis, as told in phases according to her last name: "Part 1: The Bouvier Years," "Part 2: The Kennedy Years" and "Part 3: The Onassis Years." 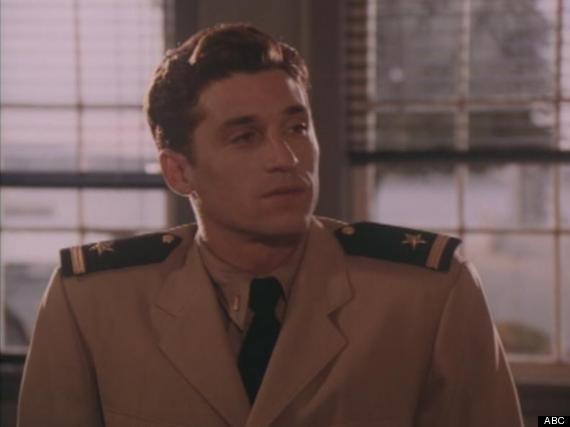 Based on the best-selling biography of the same name, "J.F.K.: Reckless Youth" finds a 27-year-old Patrick Dempsey shining a light on Kennedy's early political career.

Marilyn Manson doesn't seem like one to craft a touching tribute to a fallen legend, but critics were taken aback by the shock-rocker's tame approach to the events of Kennedy's death. Still, the music video for "Coma White" generated significant controversy when the Columbine shootings and the death of John F. Kennedy Jr. occurred the same year it was released. MTV VJs frequently read a statement Manson released in conjunction with the video that said "it is a tribute to men like Jesus Christ and J.F.K., who have died at the hands of mankind's unquenchable thirst for violence." 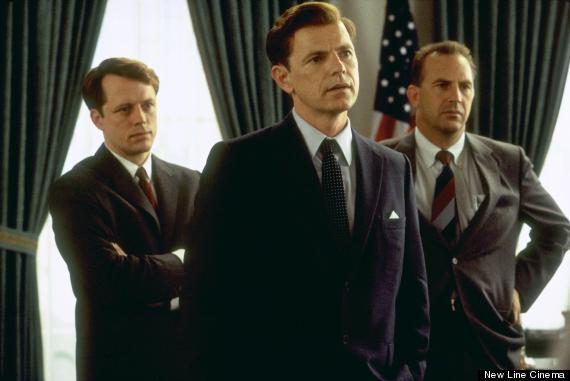 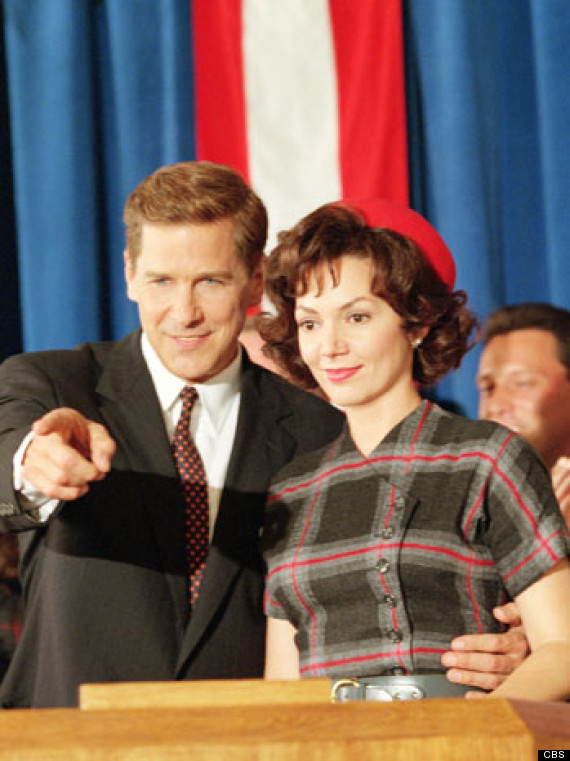 Like Sheen before him, Tim Matheson portrayed Kennedy and also took a seat in the fictional Bartlet administration, as Vice President John Hoynes. 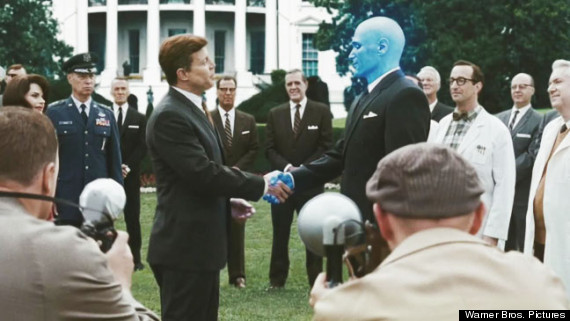 Brett Stimely might as well be known as the go-to actor for JFK cameos. He's played the president in "Watchmen," "Transformers: Dark of the Moon," "Kill the Dictator" and "Parkland."

No fictional replica of the Kennedy family was needed in "The Grown-Ups," the poignant Season 3 episode of "Mad Men" that zeroes in on the country's reaction to the news of the assassination. Watching Betty and Don find solace in each other and the guests at Margaret's wedding attempt to reconcile tragedy with celebration offers a sharp take on what it means to persevere in the face of misfortune. 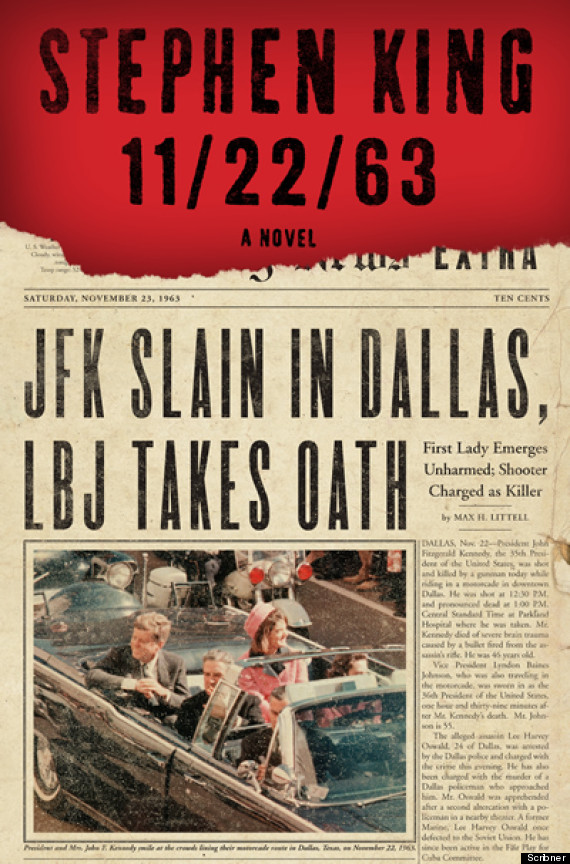 The New York Times called "11/22/63" one of the best fiction books of 2011. The idea for Stephen King's time-travel novel, about a high school teacher who attempts to use a portal to prevent JFK's assassination, came to the author in 1971, shortly before the publication of his first novel, "Carrie." It's currently in development as a potential TV series or miniseries. 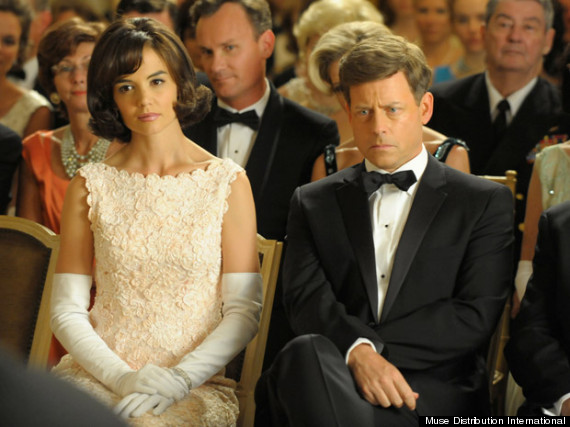 Before "The Kennedys" was even cast, the miniseries was the subject of endless scrutiny. Historians lambasted the script, and by the time the eight-part project was set to air, many TV reporters labeled it a disaster. The History Channel declined to air the miniseries, and reviews were mixed. Still, "The Kennedys" racked up four Emmy nominations, including Outstanding Miniseries or Movie and Outstanding Lead Actor in a Miniseries or Movie for both Greg Kinnear and Barry Pepper, the latter of whom won. 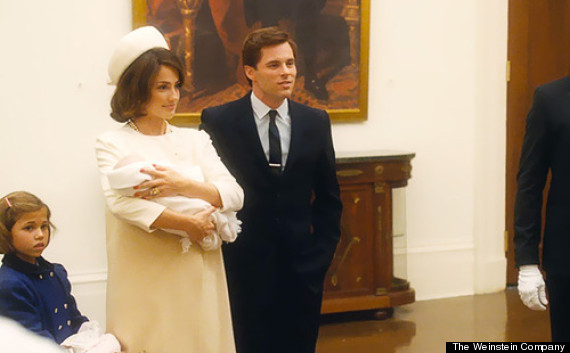 James Marsden joins a cadre of presidential depictions in "The Butler," the cross-generational story of an African-American butler who serves every commander-in-chief from Dwight D. Eisenhower to Ronald Reagan. 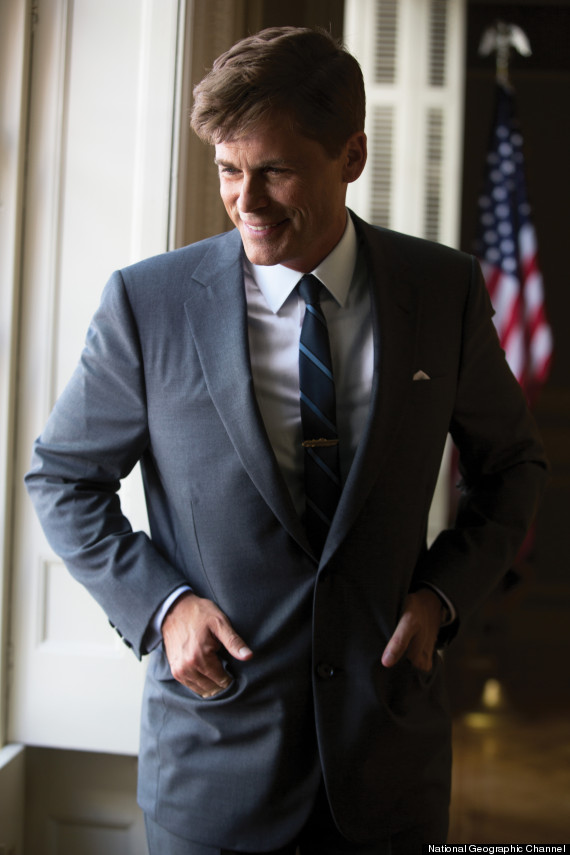 Based on the novel by Bill O'Reilly and Martin Dugard, "Killing Kennedy" lent National Geographic Channel its highest ratings to date upon its Nov. 10 premiere.

What pop culture entities do you think have best depicted the Kennedy family? What's missing from our list? Head to the comments section below to chime in.