Strolling through the sprawling, meticulously maintained gardens of the Huntington Library always puts me in a very special mood. It makes me feel as if I am walking through the elaborate set design during a grand performance of a Shakespeare play: King Lear, Twelfth Night, or maybe The Merchant of Venice? 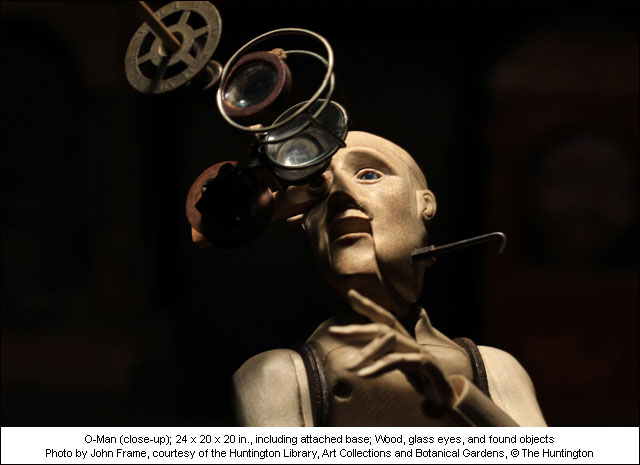 With that in mind, I went to the Huntington last weekend to see the new exhibition by well known Los Angeles artist John Frame, whose highly theatrical sculptural tableaux occupy several darkened rooms of the Boone Gallery. This exhibition is a rare case where the artist was completely in charge of the elaborate installation, with its precise lighting that I would compare with the highlights brushed in by Old Masters onto their dark canvases. 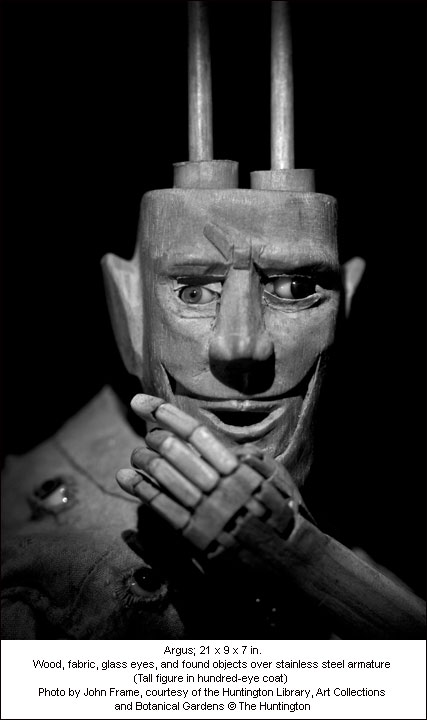 The first thought that strikes you while examining closely these tiny, idiosyncratic sculptures -- with their heads carved from wood and bodies assembled from various materials -- is, who are these creatures, where are they coming from, and where are they going?

There's an unsettling mixture of innocence and cynicism that prevails over the multi-layered stories John Frame spins in these sculptural scenes, evoking the phantasmagorical world of "Gardens of Earthly Delight" by Hieronymus Bosch.

Several photographs and short films add to the intense, highly satisfying experience of visiting this exhibition. 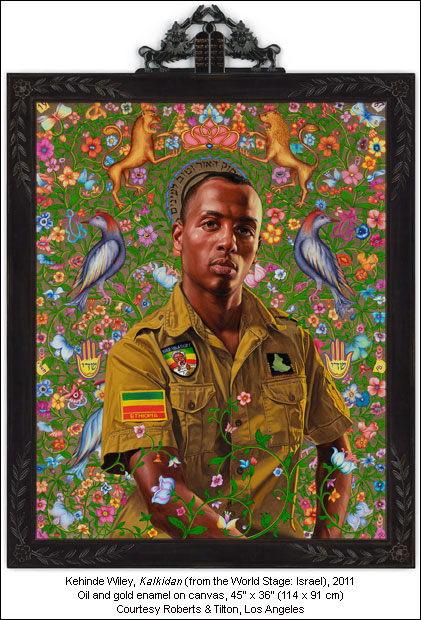 The same day, by sheer coincidence, I went to see an exhibition by another artist who famously trades in supercharged theatricality. Large-scale portraits of young men, executed with astonishing facility by Kehinde Wiley, have been the claim to fame of this American artist during the last 10 years. Last time we've seen his exhibition at Roberts & Tilton, it consisted of a series of grand portraits of black young men posing for the artist during his trip to Brazil. 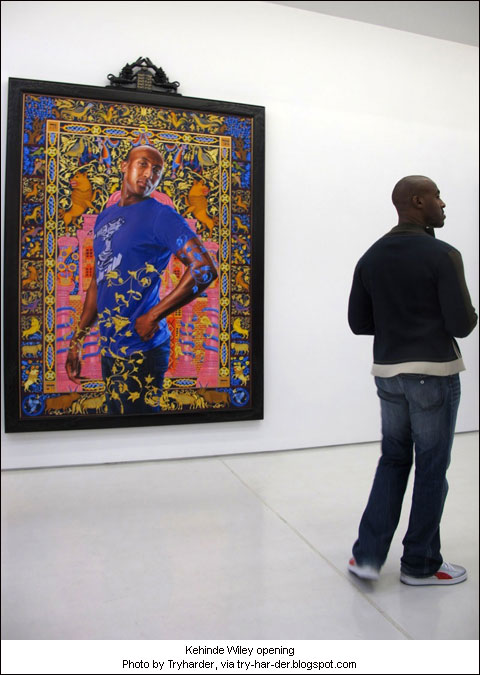 This time, he went to Israel, so that most of the portraits are of local black youth painted against heavily ornamental backgrounds with hand-carved frames containing distinct references to Jewish culture and religion. It's difficult not to be impressed by the colorful fireworks of Kehinde Wiley's art when you encounter it for the first time, but it's been quite a number of years that he has been on this joyous merry-go-round without breaking any new ground.

The artist has numerous, obviously highly capable assistants in the three studios he maintains in New York, Beijing and Dakar, Senegal. Even Andy Warhol would envy such global ambition and industriousness. 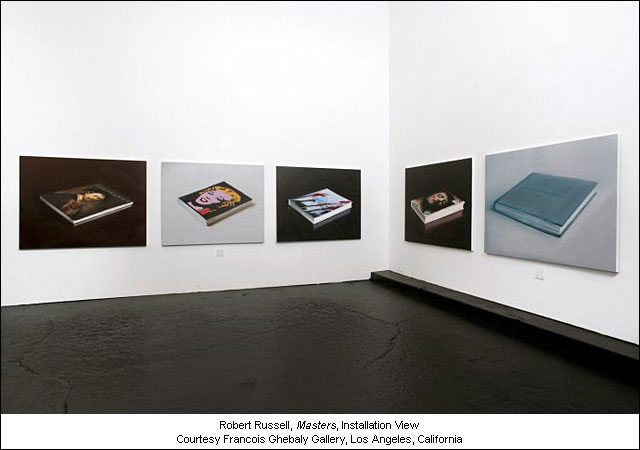 Los Angeles based artist Robert Russell, in his new exhibition at Francois Ghebaly Gallery, has its own enticing way to spin reality as we know it. In his large canvases, he paints or -- better to say -- portrays coffee table books whose covers bear names and iconic images by the likes of Leonardo, Rembrandt, Sargent and Lucian Freud. Painted with a touch of bravado with loose brush strokes, these "portraits" pay nostalgic homage to Old Masters, beloved by all.

I warn you that, if you decide to see all three exhibitions in one day, the way I did, you might find yourself slightly intoxicated and lightheaded. So drive carefully.