The designer, who was dismissed from his helm at Dior last week, wasn't in attendance -- he's rumored to be in an Arizona rehab facility. The Associated Press notes that there were only 19 looks shown; typical runways include 45 to 60 ensembles.

From the AP report:

The clothing, bias cut gowns in sheer chiffon and oversized outerwear, was old school Galliano. Voluminous tweed jackets were paired with pencil skirts -- some of them in pastel tinged latex -- and flirty little pleated sundresses poked out from beneath fur-trimmed parkas. Marabou feathers undulated lazily from the hemline and sleeves of a long, lean gown in black silk that glinted with sequins.

Styleite points out that one of the models had a visible tattoo of a Jewish star on her right arm. It's interesting that she decided to walk after Galliano's anti-Semitic rant.

Dior Chief Executive Sidney Toledano was on-hand and told Reuters that, for now, "the [Galliano] business continues....This is a business which has licenses and tomorrow we will show the collection in the showrooms as usual...I am here to prove that business goes on...and to support the teams." Galliano's namesake line is 92 percent-owned by Dior.

Take a look at images from the presentation. 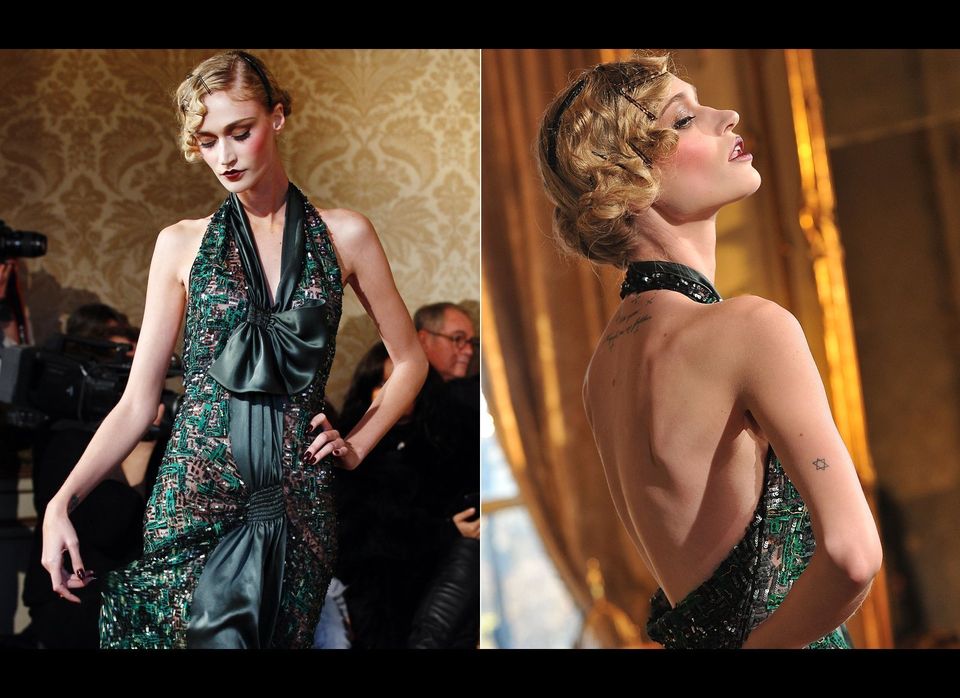