WASHINGTON ― Adding to the resounding criticism of White House chief of staff John Kelly’s comments about the Civil War, the leader of the Congressional Black Caucus on Tuesday said the remarks fit a larger pattern of “repeated attempts to whitewash history” by President Donald Trump’s administration.

Rep. Cedric Richmond (D-La.) also took the administration to task for a “continued inability to apologize when it is flat out wrong.”

In a Fox News interview that aired Monday night, Kelly said that “a lack of an ability to compromise led to the Civil War.” He also defended Confederate leaders and said the war was fought by “men and women of good faith on both sides.”

“John Kelly needs a history lesson,” Richmond said in a statement. “The Civil War was not a disagreement between ‘men and women of good faith on both sides.’ It was a struggle for the soul of this country. Thankfully, the right side won the war and slavery is no longer the law of the land.”

And in a series of tweets, The Atlantic’s Ta-Nehisi Coates broke down why Kelly’s comments were incorrect, noting that lawmakers had compromised numerous times on the issue of slavery before the war finally came in 1861.

“Shocking that someone charged with defending their country, in some profound way, does not comprehend the country they claim to defend,” Coates said of Kelly, a retired Marine Corps general.

In the interview, Kelly also praised Confederate Gen. Robert E. Lee as “an honorable man,” and expressed concern over the removal of numerous Confederate statues ― an effort that has accelerated following the deadly violence sparked by a white supremacist rally in Charlottesville, Virginia, in August.

“Human history, our culture is an evolving thing,” Kelly said. “There will be, 100 or 200 years from now, people that criticize us for what we do, and I guess they’ll tear down, you know, statues of people that we revere today.”

Trump has taken a similar stance on Confederate statues. The president also famously argued that “both sides” were to blame for what happened in Charlottesville and that some “very fine people” were among those participating in the white supremacist rally.

Richmond’s statement reiterated his criticism of Kelly for refusing to apologize to Rep. Frederica Wilson (D-Fla.), after earlier this month he misrepresented a speech that she made, while attacking her character.

“He is starting to sound a lot like his boss,” Richmond said of Kelly. 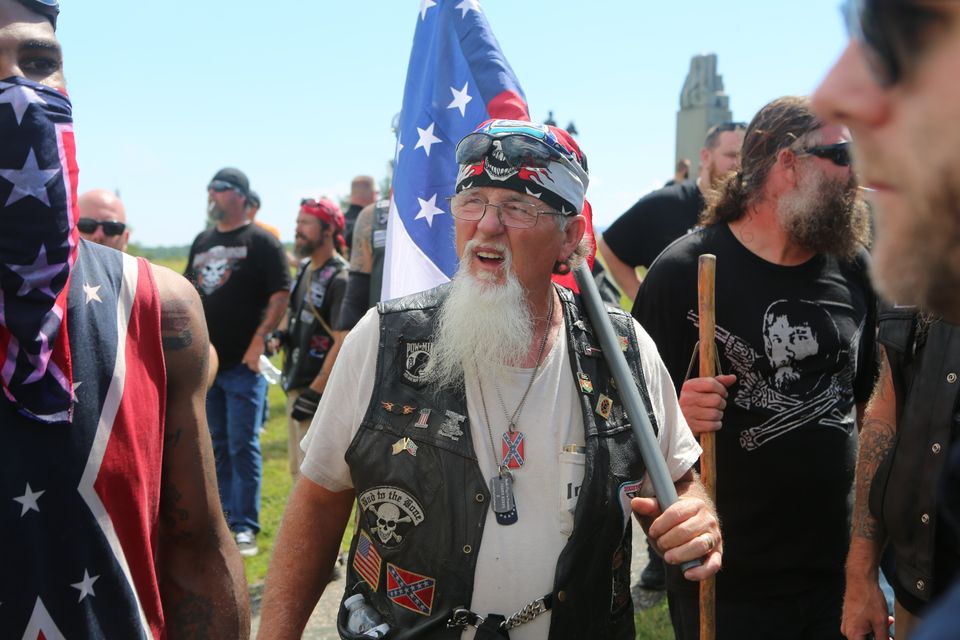