WASHINGTON -- Top Syrian opposition figures are reportedly considering dropping their boycott of a meeting with Secretary of State John Kerry later this week, potentially preventing what had looked like an embarrassing stumble on Kerry's inaugural diplomatic voyage.

The news of the Syrian National Council's willingness to meet with Kerry came on Monday, The Guardian reported, after two days of aggressive courting by the State Department.

"We will reconsider the decision on the boycott in light of the strong message of support we and Syrian people got over the weekend," council leader Moaz el-Khatib said in a message, according to The Guardian.

A State Department official, speaking at a Monday afternoon press conference in Washington, did not confirm that a resolution to the stand-off had been reached.

If the meeting in Rome does take place as planned, it would be a major early coup for a State Department team that has spent two frantic days trying to save the event, including direct phone calls from Kerry, a series of strongly worded official statements and the dispatching of a pair of envoys to plead the case directly with the opposition leaders.

The news that the Syrian opposition coalition might skip the meeting came on Saturday, just as Kerry prepared to set out for London, the initial stop of his first multi-nation tour as secretary of state.

Citing the "shameful international stand," a coalition spokesman told reporters over the weekend that the group would skip meeting with Kerry and other "Friends of Syria" nations out of frustration with the lack of material support for the opposition. The spokesman added that the council was not opposed to a negotiated settlement with the Syrian regime, but only if Syrian President Bashar Assad stepped down and faced prosecution.

When he landed in London on Monday morning, Kerry took the opportunity to state that it was time for Assad to relinquish power, a pointed reinforcement of longstanding Obama administration policy.

Late on Saturday evening, the State Department had released a strongly worded, and oddly timed, statement from spokeswoman Victoria Nuland, condemning a series of brutal attacks against rebels and civilians in the Syrian city of Aleppo, which had taken place a full day earlier.

"The Assad regime has no legitimacy and remains in power only through brute force," Nuland added in a long addendum. "The United States sees no indication that the brave Syrian people fighting against this aggression will accept these regime leaders, with the blood of so many Syrians on their hands, as part of a transition governing authority."

The Obama administration has largely resisted taking more aggressive steps to assist the Syrian opposition, including supplying weapons directly to rebel forces. Before Kerry departed on his trip, State Department officials had seemed keen to downplay how much the secretary of state might be willing to offer.

All that changed over the weekend.

On Sunday, aboard Kerry's plane to London, a senior State Department official told reporters that as part of the effort to save the Syrian meeting, U.S. Ambassador to Syria Robert Ford had been dispatched to Cairo to meet with the opposition council, and a top Kerry deputy, Assistant Secretary Beth Jones, would travel ahead of schedule to Rome.

Kerry placed a call directly to el-Khatib, the State Department has confirmed.

In his London appearance Monday morning, Kerry hinted that the Obama administration may be prepared to offer stepped-up support for the opposition when they meet later in the week. 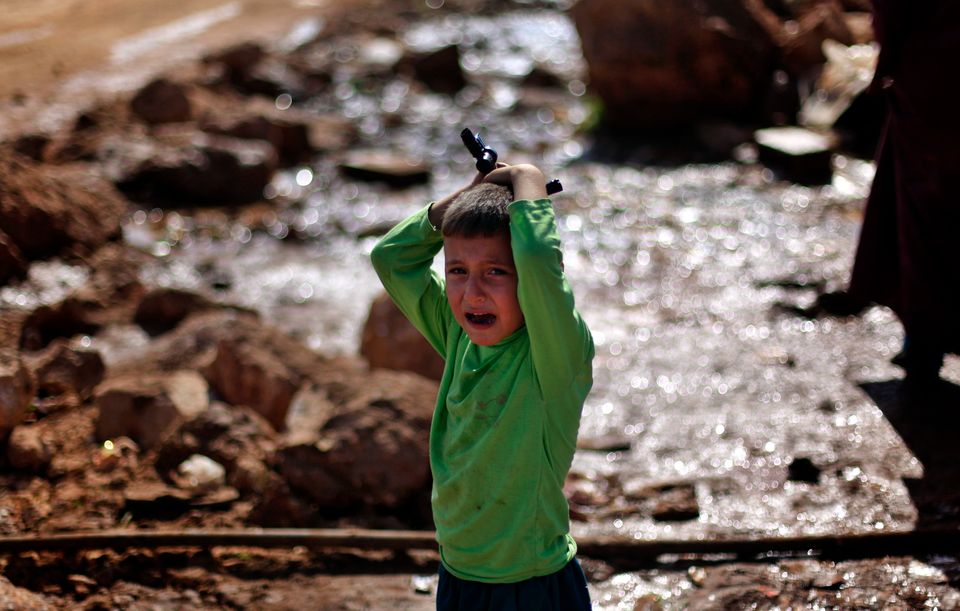