John Krasinski: actor, director, producer, writer, husband of Emily Blunt and creator of “Lip Sync Battle.” That pretty much sums it up, right?

Yup, in case you didn’t know, the 36-year-old is one of the masterminds behind Jimmy Fallon’s late-night-sketch-turned-television-show, and he relived the moment he knew he discovered something big during an interview with The Huffington Post on AOL Build.

In the video above, Krasinski says he was driving around with Blunt and their pal Stephen Merchant when the idea struck him. He was getting ready to make an appearance on “Late Night with Jimmy Fallon” and brainstorming some viral gold, of course.

“I was about to go on Jimmy Fallon’s show and he said, ‘What do you want to do on the show?’ And I said, ‘What if we did this thing like ‘8 Mile,’ but we lip-synced?’ And Stephen Merchant was like, ‘Let’s give it a shot right here in the car!’ So we all started battling in the car,” Krasinski explained. “I remember dying laughing. I just imagined people driving by us, looking at us like [makes weird face], ‘I think those people are having a heart attack in that car!’ But nope, we were creating an amazing show.”

While Krasinski was on “Late Night” promoting the end of “The Office” in 2013, he and Fallon ended up performing the first “Lip Sync Battle,” using tunes like Melissa Manchester’s “Don’t Cry Out Loud,” Katy Perry’s “Teenage Dream” and Boyz II Men’s “I’ll Make Love to You.” It spawned many, many more fake sing-offs on Fallon’s late-night shows and a separate TV show on Spike, which is heading into its third season.

Speaking of the show, Krasinski appeared on it in during Season 1 with Anna Kendrick, with whom he co-stars in his second directorial film effort, “The Hollars,” in theaters Aug. 26. He clearly still thinks their episode tops them all, telling HuffPost, “No one has worn that much fringe ... and I’m talking about me!”

Watch John Krasinski and his co-stars Margo Martindale and Sharlto Copley talk “The Hollars” on AOL Build below. 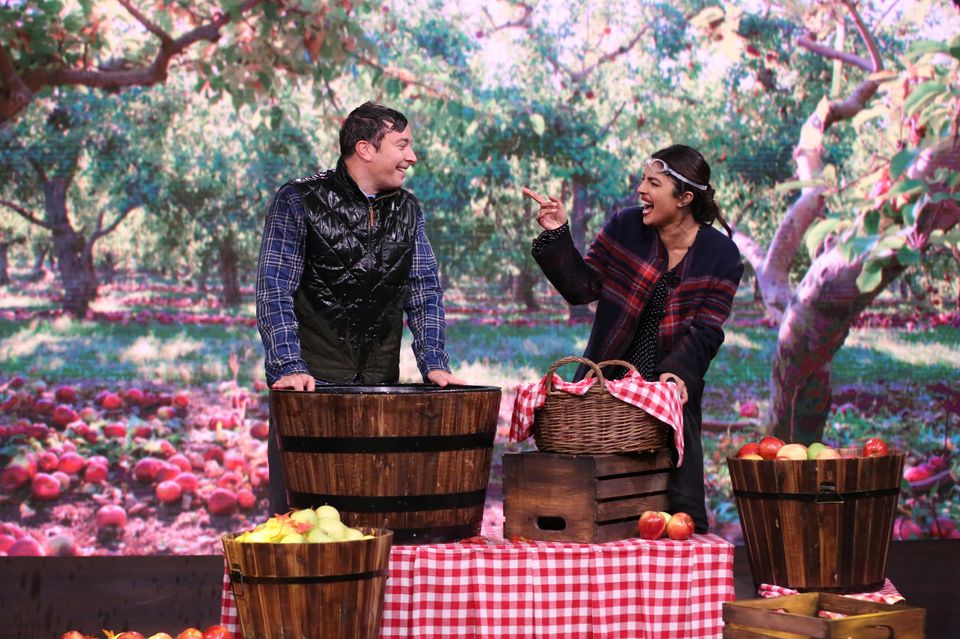