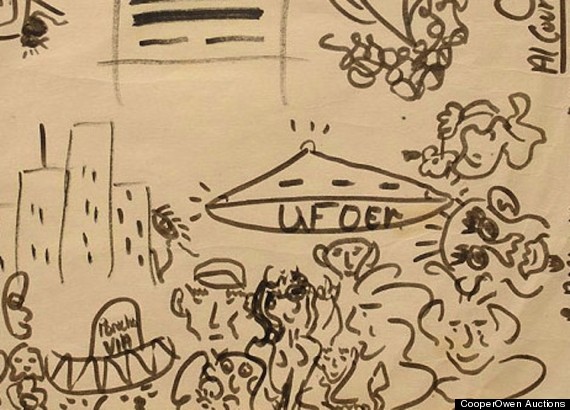 In 1967, when John Lennon wrote his classic Beatles hit, "Lucy In The Sky With Diamonds," everyone assumed the psychedelic song was about drugs.

Few would have guessed that several years later, a sober Lennon would see something far different in the sky -- a UFO -- and it would have a profound influence on his life.

A drawing of that 1974 sighting, sketched for his "Walls and Bridges" album, depicts what appears to be a classic flying saucer with the word "UFOer" written on the bottom of the object.

Lennon, one of the most outspoken celebrities of his time, claimed he saw the alleged spacecraft above the Manhattan skyline. At the time, he was living on the East Side of the city.

That drawing was auctioned on March 21 by CooperOwen Auctions of London, reports OpenMinds.

During the UFO sighting, Lennon shared an apartment with a girlfriend, May Pang, who, along with other eyewitnesses, also saw the UFO. Lennon subsequently mentioned the event in the song "Nobody Told Me," recorded several years later. It was one of the last songs he would record before his 1980 murder.

The song includes the following lyrics:

Everybody's smoking and no one's getting high,
Everybody's flying and never touch the sky.
There's UFOs over New York and I ain't too surprised.

Nobody told me there'd be days like these.
Strange days indeed.

Here's the full album sleeve drawing by John Lennon in 1974. 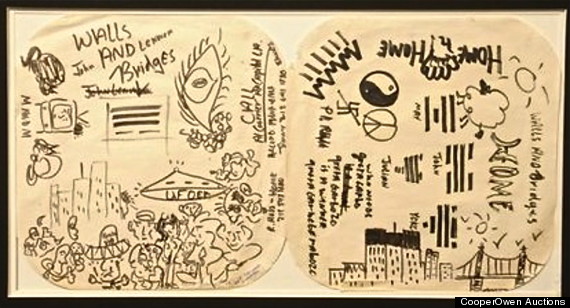 In a radio interview, Lennon described the unexplained circular object this way -- it was summer in New York and he was relaxing by an open window:

Lo and behold, there was this thing just hovering about 100 yards away. I saw it so close...I could've hit it with a brick if I'd thrown a stone at it.

I couldn't see the colors because it was dusk, a good clear summer night, and around the bottom of it were just ordinary-looking electric light bulbs, blinking off and on alternatively, like on a billboard, and on the top of it was a red light.

And the thing I noticed was that there was no noise ... so I realized it's not a helicopter, then it must be a balloon ... [but it was] maneuvering too well to be a balloon. So I just watched it ... for about five or 10 minutes [and] it went off down the East River.

Listen to a radio interview of John Lennon describing his 1974 UFO sighting over New York City. 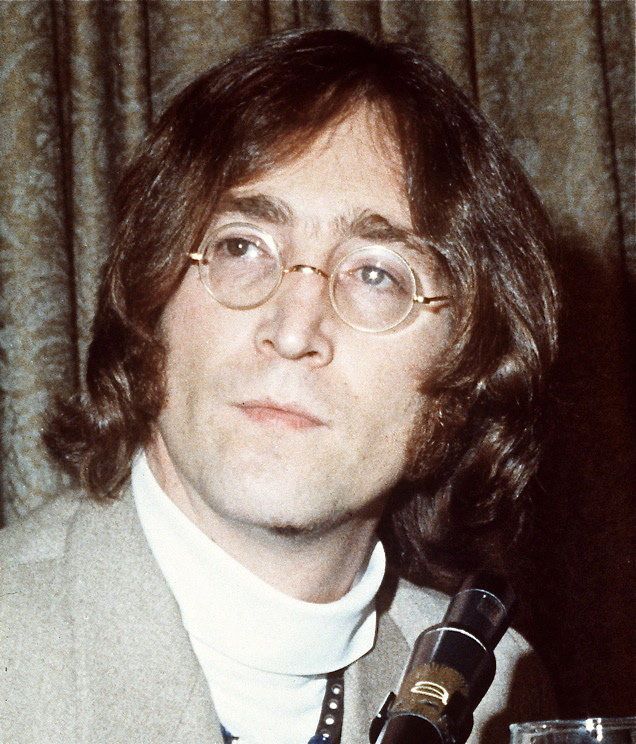 1 / 11
John Lennon
Ex-Beatle John Lennon claimed that in 1974, he and his girlfriend, May Pang, both witnessed a flying saucer hovering close to the balcony of his New York City apartment.
AP