Thinking about who John Lennon would have been at 75 is a bittersweet exercise. Millions of people around the globe, now in their 50s and 60s, grew up with him as a constant presence throughout their childhood and adolescent years, and can't help but think about him often -- not only on his birthday or the anniversary of his death.

We remember him as we would a departed family member who inspired us, entertained us, educated us, confused us and gave us endless hours of cool stuff to talk about with our friends. There was nothing in our young lives as exciting and compelling as the Beatles; nothing that reliably and consistently brought joy and opportunities to connect with others. As I discuss in Beatleness, the connection fans felt to Lennon was and will always be historically unique. He enriched our young lives in countless ways, and left a variety of indelible marks on the psyche of a generation.

Though there have been many artistic renderings of what Lennon would look like as an old man -- the first one I recall was in The New York Times in '65 -- we picture him as a fat-free 40-year-old, with a thin-lipped grin and angular features, sprightly beginning a new chapter of a most unusual life. The image of him in our mind's eye is vital and full of possibility. 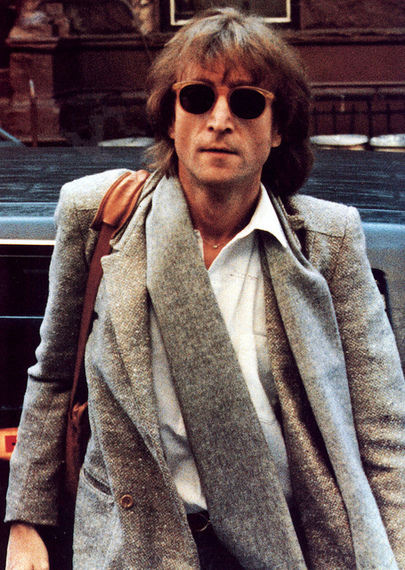 We wonder what he'd be doing musically. What would the follow up to the Double Fantasy sessions have sounded like? Would we have heard collaborations with Michael Jackson, Prince and Nirvana? Would some iteration of the Plastic Ono Band have played the historic Live Aid concert in '85? And what would he have thought about the impact of MTV on how we appreciate music? What would he think about the Rock and Roll Hall of Fame and its inductions, or today's glossy, ad-filled but muckraking Rolling Stone magazine?

Would he be snarky about Mick and Keith still shaking their asses on the road? Would he show up now and then on Dylan's Never Ending Tour? Would he and Yoko have toured together? Would he have collaborated with this sons? And would he have gotten the old band back together? Of all the unanswerable but engaging questions, that one captures the imagination most. The music at a Beatles reunion can be as splendid as we can imagine.

Would Lennon have returned to activism, we wonder, perhaps in a more studied manner than in the early 70s. Would he have been outspoken against apartheid in the 80s? Would he have gotten under the skin of the Gipper as he did Tricky Dick? Would he have offered an opinion about the fall of the Berlin Wall, or the first (or second) Iraq War? Would he and Yoko have created a dazzling spectacle to usher in peace for the new millennium?

And we think about his sons growing up without their famous father. Julian has a special place in the hearts of first-generation Beatle fans, many of whom remember seeing pictures of him as a little boy. We remember his parents' very public divorce. John and Julian were reestablishing their relationship, we read, and were happy for them. Sean too has a special place, because we understood John and Yoko's joy at his birth after multiple miscarriages. As weird as it may seem, events in the last 15 years of John's life somehow became events in our lives, too.

I often wonder if Lennon, the stay-at-home dad and primary parent, would have continued the outspoken feminism of "Woman is the Nigger of the World." Could this newly enlightened guy have been a role model for the millions of boomer men who grew their hair and wore flowered shirts in the 60s, but who didn't have a Yoko to raise their consciousness as they struggled with disruptive changes in gender roles? 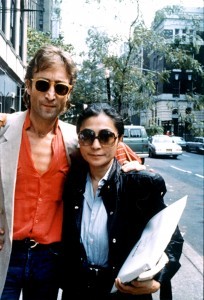 And today, would John be standing alongside Bono as he meets with world leaders? Would he have participated in recent show biz events to end poverty? Would he be an environmental activist, disgusted by our leaders' half-assed efforts to address the climate crisis? Would he and Paul do PETA benefits together? Would he appreciate Donald Trump's performance art, but support Bernie Sanders? Or would he be a pal of the Clintons. Maybe he'd stay out of all this and stick to the thing he loved most -- playing rock and roll?

Of course we can't know what John Lennon would have been doing today had he not been murdered, 35 years ago, by a person with a mental illness who should not have had access to a gun. But today, we should put some music on, celebrate his life, and feel gratitude that he was here.