I know. I know. Baby-boomers are still in power so the rest of us have to endure an entire week of blathering about how great John Lennon was. Fortunately there's TiVo. Certainly he deserves credit for, if nothing else, writing an amazing song like Woman, but every time I hear an aging Boomer reminisce about world peace and anti-materialism I remember Paul's words: "Somebody said to me, 'But the Beatles were anti-materialistic.' That's a huge myth. John and I literally used to sit down and say, 'Now, let's write a swimming pool.'"

When I think of the life and premature death of a musician who really rejected materialism and was for all practical purposes the Godfather of the Napster Generation I fast-forward a year and a half to July 28, 1982 to the also untimely death of another musical genius named Keith Green. 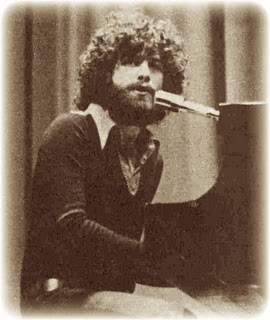 At around the time Lennon was trading religious correspondence with Televangelist Oral Roberts and calling into Pat Robertson's 700 Club hotline to talk to a prayer counselor, Green, a child prodigy who was the youngest ASCAP writer in history and who signed to Decca Records at the age of 11, was also finding God, but Green's spiritual odyssey produced a far more interesting brand of counter-culturalism: Green and his wife and friends so embraced their newfound faith that they left L.A. for Texas, set up a commune-type lifestyle, begged out of his record deal and did the unthinkable: began giving away his records to his fans in exchange for whatever they could afford to pay. Green's album "So You Wanna Go Back To Egypt," which featured a harmonica solo by his pal Bob Dylan shipped 200,000 units, 61,000 of them for free.