PHOENIX, Sept 24 (Reuters) - The family of an Arizona man who was shot dead while holding his 7-month-old grandson by a police officer responsible for five other fatal shootings on Monday filed a wrongful death lawsuit against a Phoenix valley city.

The suit alleging police misconduct was filed against the City of Scottsdale on behalf of the surviving daughter and father of John Loxas, 50, who was killed with a single rifle shot to the head in February by city officer James Peters.

Police said they were called to Loxas' home after neighbors said he threatened them with a gun. Officers confronted Loxas with the baby cradled in his arms at his front door and Peters fired without warning as Loxas stooped to possibly go back inside the house.

"My father was literally ripped from my son's arms by a bullet from a man who used his badge of authority as an excuse for his poor judgment and target practice," Alexandria Loxas, his 23-year-old daughter, told a reporters at a news conference.

The lawsuit, which seeks unspecified damages, also alleges that the department failed to properly review the shooting by Peters, who has shot seven people in the line of duty since November 2002, six of them fatally.

Peters was cleared of any wrongdoing in the previous shootings and received a department Medal of Valor in one of the incidents involving a hostage situation.

A Scottsdale police spokesman said Peters has retired from the police department and that the Feb. 14 shooting incident in still under investigation.

Officer Dave Pubins said the department has been advised that no criminal charges will be filed in connection with the incident. He declined to comment directly on the suit.

"We urge the community to allow this very complex process to take place," Pubins said. "When the entire process is complete, the results will be made public."

The lawsuit, filed in U.S. District Court in Phoenix by the American Civil Liberties Union of Arizona and the Chicago-based firm of Loevy & Loevy, claims that Peters has a "long history of excessive use of force against civilians."

That includes "dozens of incidents involving Tasers" and four citizens complaints in addition to the on-duty shootings, the lawsuit states.

Alessandra Soler, the executive director of the American Civil Liberties Union of Arizona, said Scottsdale police chief Alan Rodbell and others need to be held accountable for what has been a pattern of wrongful actions.

"It's inconceivable and inexcusable that Chief Rodbell rubber stamps all fatal police shooting as justified and allowed officer James Peters to keep a gun," Soler said. (Editing by Tim Gaynor) 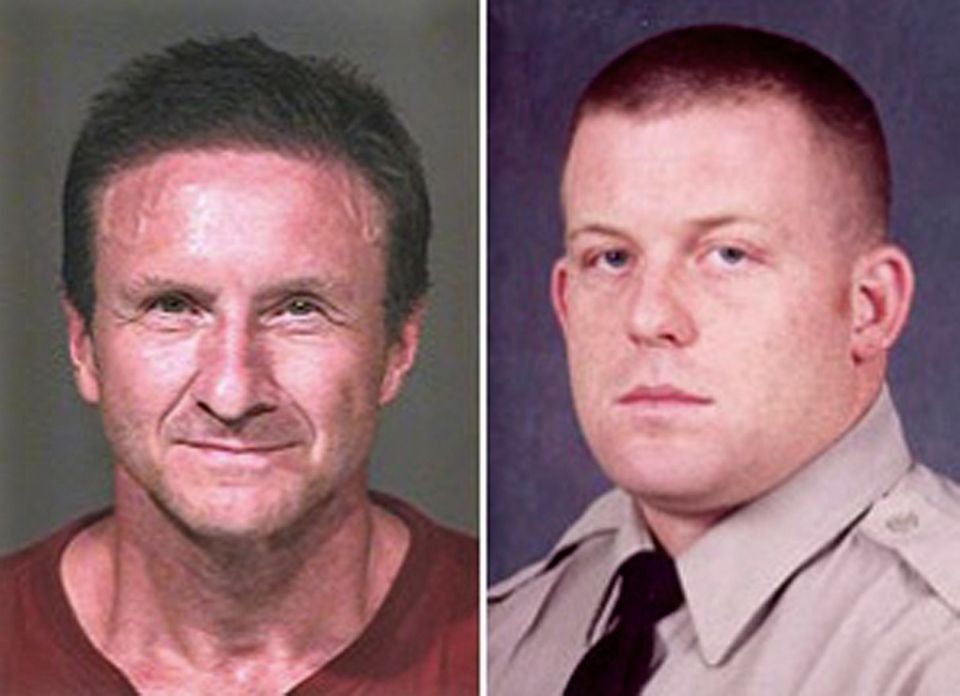 1 / 7
John Loxas, James Peters
These photos provided by the Scottsdale Police Department Thursday, Feb. 16, 2012, show Scottsdale Police Officer James Peters, right, and John Lozas. Peters shot and killed Loxas, who was holding his grandson at the time, after police were called to the Loxas home after he allegedly threatened neighbors with a handgun in Scottsdale, Ariz. For Officer Peters it is his seventh officer involved shooting since 2002, six of them being fatal. The Maricopa County Attorney's Office investigated his previous shootings and ruled them justifiable. (AP Photo/Scottsdale Police Department)
AP