He says of ex-girlfriend Jennifer Aniston, "I've never really gotten over it. It was one of the worst times of my life," and that his life has become a cycle of new girls rejecting him in clubs. "Blowing me off is the new sucking me off!"

An overview of the interview is here, and Mayer himself has read it, as he tweeted, "Just read my Rolling Stone cover article. I'm still not sure if I would want to hang out with me" and "After 30 minutes of twirling my hair into a knot, I say "fuck it." You can't go wrong if you tell the truth."

And what he's looking for:

Aren't we talking about a matrix of a couple of different things here? Like, you need to have them be able to go toe-to-toe with you intellectually. But don't they also have to have a vagina you could pitch a tent on and just camp out on for, like, a weekend? Doesn't that have to be there, too? The Joshua Tree of vaginas? ...I'll be happy when I close out this life-partner thing. Think of how much mental capacity I'm using to meet the right person so I can stop giving a fuck about it." 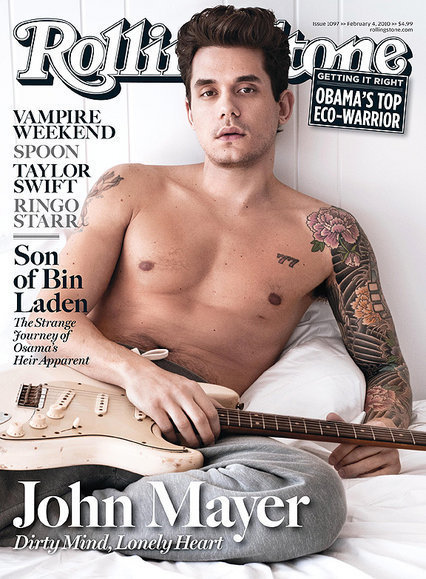