We try to avoid talking/reading/wondering about John Mayer too much, but have you noticed the man's clothes lately? Mayer is going through a strange sartorial phase.

Doing his best version of cattle driver chic, Mayer has embraced work boots, floppy flannels, scarves and -- the piece de resistance -- hats over the past six months. He's taken his rough-and-tumble ensembles on stage, on the red carpet and to parties, prompting the creation of a "John Mayer's Hat" Facebook page.

So when the singer was photographed this weekend by x17online.com in a pirate costume worthy of a Disney blockbuster, we were only slightly surprised. The baggy pants tucked into boots? Business as usual. The chest hair-baring shirt, paired with a long scarf? Normal. The only thing that threw us off, honestly, was the suede vest. And the sword.

John was in fact at a costume party, but still... when someone can't easily discern the difference between your work clothes and a costume, it might be time to change things up.

See more pics at x17online.com, and scroll down to check out even more pics of Mayer's recent style. 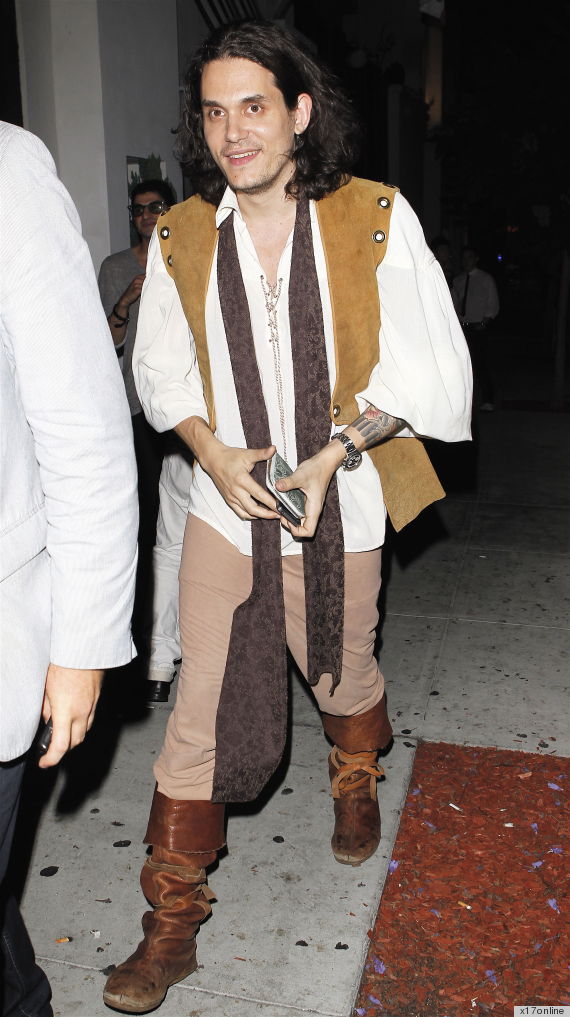