Sen. John McCain (R-Ariz.), who died Saturday at the age of 81 after a long career in public service, will be remembered in multiple ceremonies this week. The first will be in Phoenix on Wednesday, on what would have been his 82nd birthday.

Officials in a number of states and municipalities have ordered flags to be flown at half-staff, including at the U.S. Capitol and other government buildings. Flags at the White House, however, were raised to full-staff less than 48 hours after McCain’s death. The National Portrait Gallery in Washington, D.C., on Monday placed a portrait of McCain on its “In Memoriam” wall, located on the museum’s first floor.

Here’s a calendar of other major events that will honor McCain’s life.

McCain’s body will lie in state in the rotunda of the Arizona state Capitol. The public can pay their respects beginning at 2 p.m. local time following a private service at 10 a.m., according to McCain’s office.

Senator #JohnMcCain will lie in state here at the Arizona Capitol this Wednesday -- his birthday. This is a rare and distinct occurrence for a truly special man. John McCain is Arizona, and we will honor his life every way we can.

Arizonans will hold a memorial service for McCain at North Phoenix Baptist Church. Tickets are no longer available but the event will be livestreamed on McCain’s website.

McCain’s body will lie in state inside the U.S. Capitol Rotunda. His Senate colleagues and staff will honor him in a ceremony beginning at 11 a.m. Eastern time Friday.

Members of the public will be able to enter through the Capitol Visitor Center and pay their respects from 2 p.m. to 8 p.m.

In coordination with Speaker of the House Paul Ryan , Senate Democratic Leader Chuck Schumer and House Democratic Leader Nancy Pelosi, I am honored to announce today that the late Senator John S. McCain will Lie in State at the United States Capitol Rotunda. pic.twitter.com/X4tZX7fXtl

McCain will become one of about three dozen people in U.S. history to be honored through this tradition, according to the Architect of the Capitol. Lying “in state” refers to government leaders and military members, and lying “in honor” refers to private citizens.

Past dignitaries who have been memorialized in this way include former presidents Abraham Lincoln and John F. Kennedy, as well as civil rights icon Rosa Parks. The most recent person to lie in honor was evangelical leader Billy Graham, who died in February.

A televised funeral service will begin at 10 a.m. at the Washington National Cathedral. At McCain’s request, former presidents Barack Obama and George W. Bush are set to deliver eulogies. McCain ran presidential campaigns against both men.

President Donald Trump, however, does not plan to attend. McCain reportedly did not want him there, after Trump’s relentless personal attacks on McCain.

McCain’s family will hold a private service at his alma mater in Annapolis, Maryland, before laying him to rest at the academy’s cemetery.

Sen. John McCain will be buried in this plot at the US Naval Academy Cemetery next to his longtime friend ADM Chuck Larson. pic.twitter.com/89fEtlayi3

This post has been updated with additional memorial events for McCain. 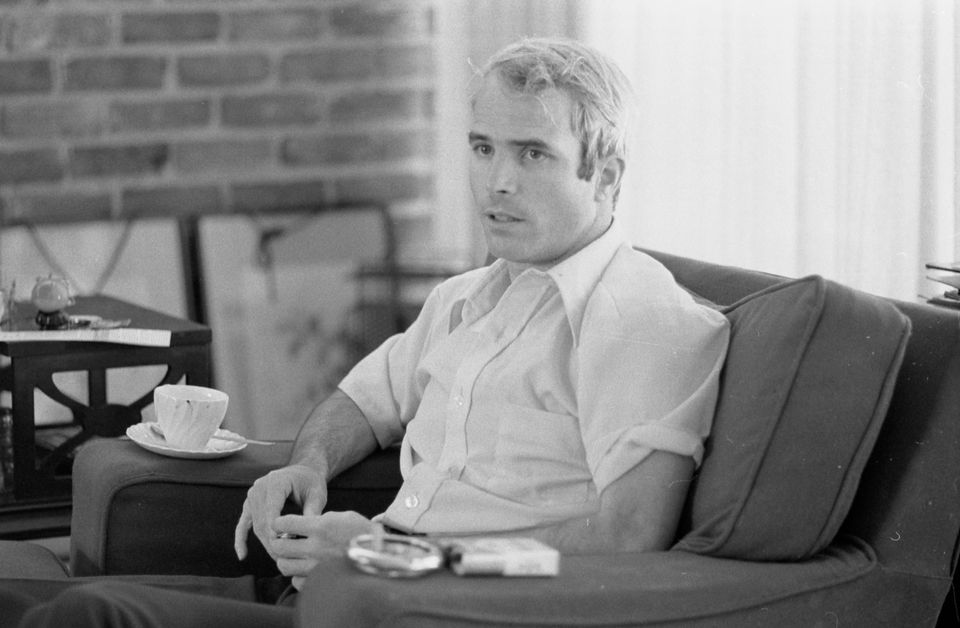