Sen. John McCain (R-Ariz.) said Monday that the bus on which President Barack Obama is traveling this week to campaign for his jobs plan is ugly. "I must say again I have never seen an uglier bus than a Canadian one," McCain said on the Senate floor, according to CNN. "He is traveling around on a Canadian bus touting American jobs."

Obama is traveling in North Carolina and Virginia on a three-day buys tour to promote his jobs plan. He won both states in 2008 after Republican presidential candidates had triumphed there for decades.

"On the taxpayer-paid dime, the president is now traveling attacking the Republican plan. Obviously I think unfairly," McCain said.

The Secret Service purchased two buses last year for $1.1 million each, according to the Associated Press. The president used the buses earlier this summer for his Midwest jobs tour, but the Secret Service said that the buses would also have future uses for traveling dignitaries.

According to the White House pool report, the black armored bus is code-named Ground Force One.

On Oct. 6, McCain tweeted, "Re: Upcoming Obama bus tour- That ugly, Canadian-built, taxpayer-funded bus is an insult to the Straight Talk Express!"

How do you think Obama and McCain's buses compare? Rate them here: 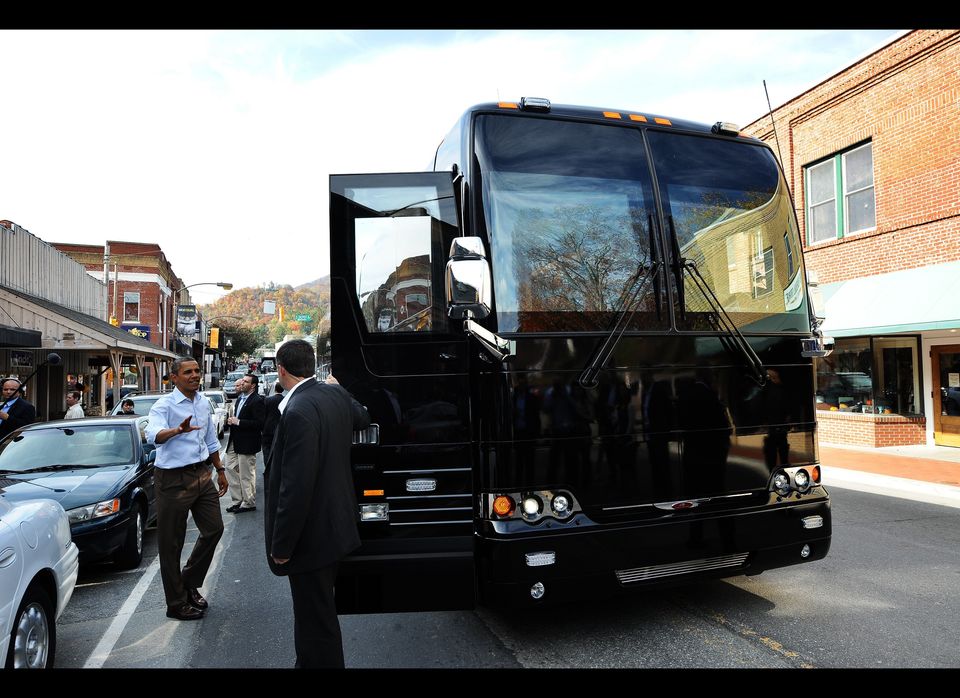 1 / 6
Obama Gets On The Bus For Jobs
US President Barack Obama carries his lunch to his bus in Marion, North Carolina, on October 17, 2011 during the first day of his three-day American Jobs Act bus tour to discuss jobs and the economy. Obama's tour comes as Republicans and several moderate Democrats remain roadblocks to passing his $447 billion jobs plan in the Senate. (AFP Photo/Jewel Samad)
Getty