Reflecting on Obama's handling of relations with Russia and the crisis in Ukraine, McCain told Phoenix radio station KFYI that Russian President Vladimir Putin has "played us so incredibly” on Obama's watch.

"This is the most naive president in history," McCain said. “The naiveté of Barack Obama and [Secretary of State] John Kerry is stunning."

As violent protests in Ukraine escalate, with reports of at least 70 activists dead, McCain insisted on targeted sanctions against the country.

White House reports indicate that Obama hasn't decided on sanctions. McCain warned the administration is running out of time.

“This thing could spiral out of control into a major international crisis,” McCain said. “The first thing we need to do is impose sanctions against people in leadership positions, including the oligarchs who control this collapsed economy.”

McCain also said the U.S. should keep an eye on Putin once the Olympics end in Sochi, saying of the Russian president: “He’s amoral, he’s cold, he’s distant, he’s tough.”

“Putin believes Ukraine is an integral part of Russia. He will not go quietly into the night about when Ukraine moves into the European orbit, so to say,” McCain said. 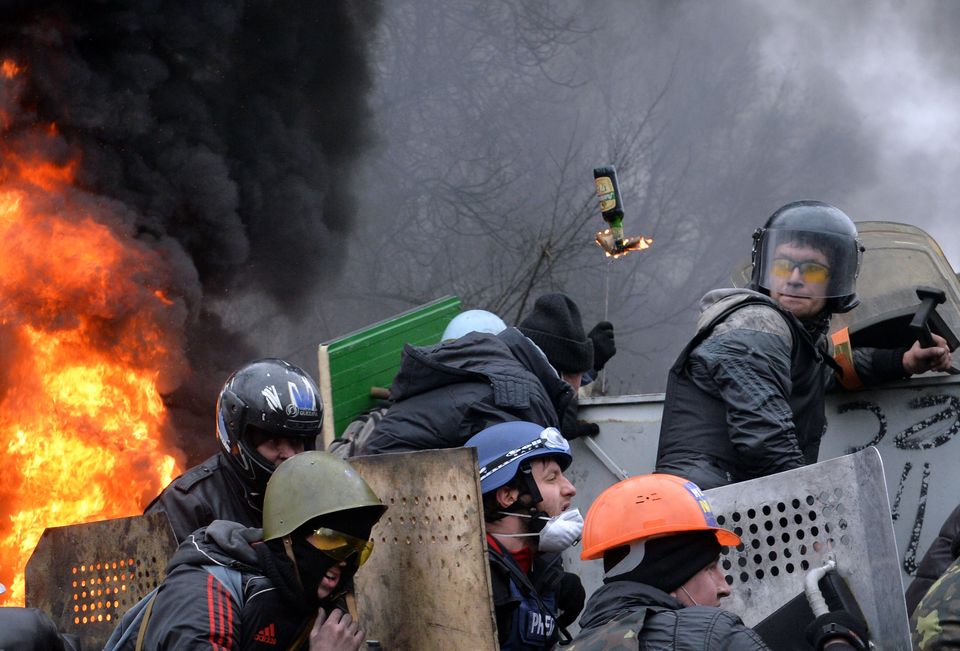 1 / 26
UKRAINE-EU-RUSSIA-POLITICS
Anti-government protesters take cover while under fire from police snipers during clashes with riot police in central Kiev on February 20, 2014. At least 25 protesters were killed on February 20 in fresh clashes between thousands of demonstrators and heavily-armed riot police in the heart of Kiev, AFP correspondents at the scene said. The bodies of eight demonstrators were lying outside Kiev's main post office on Independence Square, an AFP reporter said. The bodies of 17 other demonstrators with apparent gunshot wounds were also seen in the vicinity of two hotels on opposite sides of the protest encampment. AFP PHOTO/ SERGEI SUPINSKY (Photo credit should read SERGEI SUPINSKY/AFP/Getty Images)
Getty Images