Old Navy was trolled last week after tweeting out a photo of a new advertisement featuring an interracial couple. And John McCain's son is having none of it.

Comments ran the gamut from complete nonsense to absurdly offensive. Thankfully, not everyone on the Internet is totally horrible and people shared photos of their own interracial families, supporting Old Navy for their inclusive imagery.

.@OldNavy Props on this ad! My family and I appreciate it. #RepresentationMatters pic.twitter.com/ZXQ8YbT0QS

.@OldNavy To make bigots go full meltdown, I propose an interracial gay couple with kids for your next ad. #oldnavy pic.twitter.com/b4yWQSgcdC

S/O to @OldNavy for not caring about the haters and proudly showing love! Thanks for the idea @kharyp pic.twitter.com/bdhby2bd3V

McCain's son, Jack, decided to show his support by sharing a personal picture with wife Renee Swift, whom he met while serving in the Navy and married in 2013. The Navy lieutenant also had some choice words for the haters.

To the people upset about the #OldNavy "Scandal" of an a picture of a mixed race marriage, eat it. @Reneeitchka pic.twitter.com/yA5YwbZRcm

I hope this one burns too, you ignorant racists. Here is us on our wedding day. @Reneeitchka pic.twitter.com/1VSd2gqH9W

Swift, a captain in the USAF reserve, shared a tweet about doing some shopping at the clothing store, too.

I was just in @OldNavy this weekend! Bought something for me and my husband. #LoveWins pic.twitter.com/fE5s97yDny 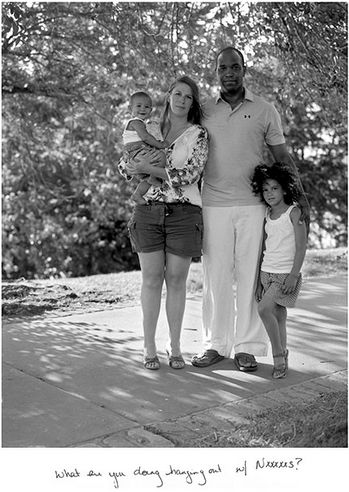